In Events, Games, Happenings, Stephen, stuff to do 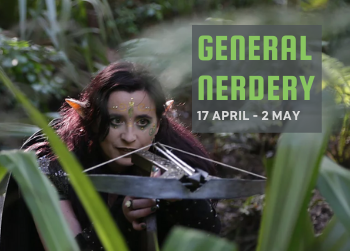 In Games, Happenings, Library, Pencil it in your diaries, Real Life, Stephen, stuff to do, Troubled teens trying to put their past behind them, Wellington

Now that we’re all done with that business of emerging, blinking, into the sunlight following the national lockdown, a lot of our regular events and programmes are getting back underway. Happily, this includes our regular Youth Nights at Johnsonville Library at Waitohi Community Hub!

‘What is Youth Night?’ I hear you plaintively ask. ‘Why would I spend my Saturday night in a library of all places?’ Well, friends. Perhaps a more apt question is ‘what isn’t Youth Night?’ We play games, we make music, we watch movies, we debate the ins and outs of LGBTQ+ representation in contemporary media (this one is optional), we try to beat each other’s high scores in Beat Saber, we laugh, we cry, we rank the characters of the classic 1990s cartoon Gargoyles in order of hotness (Goliath and Demona come in at joint first place, obviously, with everyone else trailing a distant second), and most importantly, we eat pizza.

Our Youth Nights are totally free (pizza included!), but you do need to be 13+ in order to come, so please bring your student ID. Once you’re in, our spaces are all yours. Youth Nights are on the first Saturday of every month, from 5.00-8.00pm. The first one since lockdown is this Saturday, the 1st of August. See you there!

In Catherine, Fantasy, Games, Happenings, Sci Fi, stuff to do, Troubled teens trying to put their past behind them, You might like 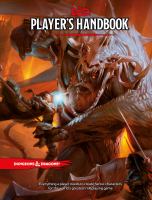 Stranger Things really brought Dungeons and Dragons into the mainstream and in a post-MCU world, can we really say that all things geek aren’t cool? Created by Gary Gygax and Dave Arneson in 1974, the game’s grown in popularity since then – now we’ve got an amazing collection of D&D books – not just the rules sets- that will help you create amazing fantasy worlds of your own.

There are plenty of versions of the Dungeons and Dragons rulesets – all our books are the 5th edition version, which are the latest edition. If it’s your first time running a game, you might want to use a prewritten adventure. Luckily, we have those too. 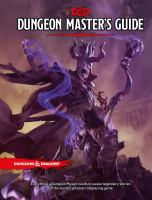 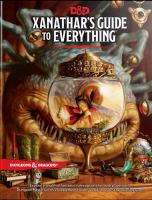 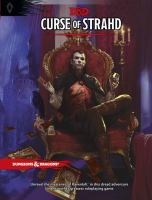 Waterdeep dragon heist : urban medieval fantasy.
Ghosts of Saltmarsh: adventures on the seas.
Curse of Strahd:square off against an evil vampire.
The Rise of Tiamat : Fight evil dragons.

We also have a graphic novelon Gary Gygax himself.

Have fun and good luck with your dice rolls!

First lines: All will be revealed shortly…

…but in the meantime, here’s a clue.

Try and match these opening lines with the books they belong to!

And the books they’re from:

Why We Broke Up, Daniel Handler
If I Stay, Gayle Forman
Steelheart, Brandon Sanderson (this one’s a mystery, I know)
Divergent, Veronica Roth

How many did you guess? At least one, from the obvious line, I hope.

New blog series! First lines! And can you guess which book each line belongs to?

A. “The first thing you find out when yer dog learns to talk is that dogs don’t got nothing much to say.”

B. “Goebbels materialized on the back patio, right before we moved to Baltimore, and started chewing through the wicker love seat.”

C. “It isn’t true what they say about my brother – that he ate those children.”

D. “Before I died, I hid my secrets in the Master Oak.”

And here are your covers to match them with:

Scroll down for the answers!

A. The Knife of Never Letting Go
B. How To Say Goodbye In Robot
C. Dark of the Moon
D. Please Ignore Vera Dietz

How many did you guess? Or were there any you already had memorised?

Welcome to the weekend. What to do, what to do?

If you find yourself wandering about Newtown this weekend why not check out Wellington Festival Of Circus? If having clowning & cabaret up in your face isn’t doing it for you maybe Darren Shan could keep you in theme but through the safety of bound text?

If you’re more of a performer then a watcher have you considered entering this years Smokefree Rockquest? It’s the 25th year this right-of-passage is running and man has it fostered all sorts of household name kiwi musicians. Need some inspiration? Here’s a surface scratching list of previous contestants including Kimbra and last years winners New Vinyl. Take yourself on a journey through our CD collection.

The curtain falls on Game Masters at Te Papa this weekend. The amazing exhibition that caters to almost every level of gamer was borrowed from the incredible ACMI in Melbourne’s Federation Square and includes Pacman, Space Invaders and Sonic!

New music on the playlist shelf this week includes ex-Wellingtonian Willy Moon and half New Zealand alt-indie darlings The Veils with their fourth album.

Ever wondered what happens when you wring a soggy towel out in space? Here’s the answer:

That’s what’s a going down.

Last year – in June, in fact! – it was announced that Pottermore was, well, something, but we weren’t sure what. Then special people got to play while they were beta testing. Now everyone can! You can sign up to enjoy Pottermore: a unique online Harry Potter experience from J K Rowling. Here’s a sneak peek:

Last week we brought you four seconds of Rise of the Planet of the Apes. Here’s a couple of minutes more (so cool):

This should be out in August this year. Can’t hardly wait.

On an entirely different note, the William and Kate movie will be released on DVD shortly before the wedding of the year (April 29th, don’t forget to watch on the telly). Here’s its trailer.

There will no doubt also be books commemorating the occasion. Here’s a couple you can already reserve: Katie the Royal Wedding Fairy by Daisy Meadows and Knit Your Own Royal Wedding by Fiona Gobie. No, we’re not making either of those up. For those who especially love a good royal wedding, here’s the commemorative book about Charles and Diana’s (written by Gordon Honeycombe, nice name).

And finally, another digression: not a trailer but a real flash game: make the pig fly! You will, no doubt, be better than me. Thanks, Stu, for passing on the procrastination tool.