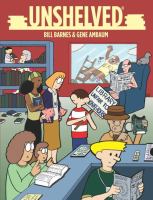 Three on a magic and manners theme

Think wit, intrigue, high society, alternative-England, Regency period (or about then), and of course magic, and you have the three following books!

Sorcery and Cecelia, or, The enchanted chocolate pot : being the correspondence of two young ladies of quality regarding various magical scandals in London and the country / Patricia C. Wrede and Caroline Stevermer
“A great deal is happening in London this season. For starters, there’s the witch who tried to poison Kate at Sir Hilary’s induction into the Royal College of Wizards. (Since when does hot chocolate burn a hole straight through one’s dress?!) Then there’s Dorothea. Is it a spell that’s made her the toast of the town–or could it possibly have something to do with the charm-bag under Oliver’s bed? And speaking of Oliver, just how long can Cecelia and Kate make excuses for him? Ever since he was turned into a tree, he hasn’t bothered to tell anyone where he is! The girls might think it all a magical nightmare . . . if only they weren’t having so much fun.” (Syndetics summary)

A breath of frost / Alyxandra Harvey.
“Meet Emma Day and her two cousins, Gretchen and Penelope, are uninterested in their debutante lives. All the boring balls, tiresome curtsying and polite conversation leave much to be desired. Then a girl is found dead, frost clinging to her lifeless body, and the murder is traced to Emma. As their world is turned upside down, Emma discovers more about herself and her cousins, from her connection to the murders to the secrets of her family legacy. Now the girls must embrace their true Lovegrove inheritance in order to stop the chaos, even if that means risking their lives. Dangerously handsome Cormac Fairfax wants to help Emma – but, with secrets of his own to hide, can she trust him?The first book in a deliciously dark new trilogy. Perfect for fans of Cassandra Clare and Ruth Warburton.” (Syndetics summary)

A college of magics / Caroline Stevermer
“Teenager Faris Nallaneen is the heir to the small northern dukedom of Galazon. Too young still to claim her title, her despotic Uncle Brinker has ruled in her place. Now he demands she be sent to Greenlaw College. For her benefit he insists. “To keep me out of the way, more like it ” But Greenlaw is not just any school-as Faris and her new best friend Jane discover. At Greenlaw students major in . . . magic. But it’s not all fun and games. When Faris makes an enemy of classmate Menary of Aravill, life could get downright . . . deadly.” (Syndetics summary)

Spindle’s end / Robin McKinley
“A masterful retelling of “Sleeping Beauty.” Cursed by the evil fairy Pernicia, Princess Briar-Rose is kidnapped by the young fairy Katriona in order to save her and is raised by Katriona and her aunt. But the determined Pernicia, intent on revenge for a defeat 400 years before, won’t give up her search.” (Syndetics summary)

A long, long sleep / Anna Sheehan.
“It should have been a short suspended-animation sleep. But this time Rose wakes up to find her past is long gone– and her future full of peril. Rosalinda Fitzroy has been asleep for sixty-two years when she is woken by a kiss. Locked away in the chemically induced slumber of a stasis tube in a forgotten subbasement, sixteen-year-old Rose slept straight through the Dark Times that killed millions and utterly changed the world she knew. Now, her parents and her first love are long gone, and Rose– hailed upon her awakening as the long-lost heir to an interplanetary empire– is thrust alone into a future in which she is viewed as either a freak or a threat. Desperate to put the past behind her and adapt to her new world, Rose finds herself drawn to the boy who kissed her awake, hoping that he can help her to start fresh. But when a deadly danger jeopardizes her fragile new existence, Rose must face the ghosts of her past with open eyes– or be left without any future at all.” (Syndetics summary)

Briar Rose / Jane Yolen
“Rebecca has always loved listening to her grandmother’s stories about Briar Rose. However, the old woman’s astonishing and hard-to-believe admission that she “is” Briar Rose sets Rebecca on an unforgettable path of self-discovery that will change her life forever.” (Syndetics summary)

Book Cover Lookalikes: Back to Us

All these ladies are staring off into the distance.

No humans anywhere on these book covers.

Get your best pout on.

Just chillin’ in your ball dress.