As keen users of the internet you may already know this! But! In case you didn’t, and you know someone who downloads lots of movies, music, and television shows, then read this:

From the first of September the Copyright (Infringing File Sharing) Amendment Act 2011 becomes law, meaning that if you’re caught downloading copyrighted material from dodgy places you – or whoever owns your internet connection – could get in a lot of trouble. The new law makes it easier for the copyright holders to get you, basically; you get two warnings, and then, if you’re caught again, you get fined (up to $15,000). Although it begins at the beginning of next month, any alleged infringements made 21 days before then can (and probably will!) be considered a mark against you. This means that any filesharing from the 11th of August will count. That is tomorrow!

Here are some handy links. Do tell people, since any kind of illegal downloading will endanger whoever pays for the internet connection used.

Youth Parliament 2010 is beginning in July. To become a youth parliamentarian you must be selected by your local MP, or you could enter this competition being run by MP Phil Twyford. Youth Parliament can influence NZ policy and members learn allllll about government procedure and democracy.

Also, you can join the Youth Press Gallery to report on the Youth Parliamentarians. You must be a youth!

The 52nd Grammy Awards were held a couple of days ago. If you’d like to hear some of the winners, we have a lot in the YA collection just waiting to be issued. Click on the links below …

Michael Jackson, lifetime achievement.
Kings Of Leon, record of the year for Use Somebody (off the album Only By The Night)
Taylor Swift, album of the year for Fearless
Black Eyed Peas, best pop vocal album for The E.N.D.
Jason Mraz, best male vocal pop performance for Make It Mine
Lady Gaga, best electronic/dance album for The Fame
AC/DC, best rock performance for War Machine
Green Day, best rock album for 21st Century Breakdown
Phoenix, best alternative album for Wolfgang Amadeus Phoenix
Jay-Z, best rap solo performance for D.O.A.
and Beyonce won six for all sorts of things, the record for the most Grammys at a single awards show ever. I Am… Sasha Fierce is the place to look, or rather, listen.

Did you watch the awards? Agree/disagree with the winning choices?

We don’t have copyright for any images from the Grammys, but luckily Capt. Walker de Planck is a big Beyonce fan and he drew an artists rendition of her accepting her awards on his new iPad. Thanks Captain! Vampire Diaries on the telly next year

We (well, me) and at least two readers have wondered when The Vampire Diaries is going to be screened on TV in NZ. Finally it has been confirmed! First, by Becs in this here comment, and again in an article in the Otago Daily Times, which says that it will screen on TV One, rather than TV2. I wouldn’t have put money on that! So long as it’s not on at the same time as Glee, is all.

The Vampire Diaries begin in early 2010.

NOTE: This has been delayed! It will now be on Sunday the 6th of December. So update your calendars. 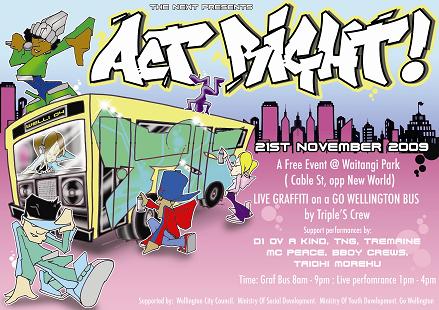 All the questions from the aforementioned TTN are below (well, not the music ones). The answers are there, but you need to highlight them to see them. Not too hard, and not too easy. Just right.

END_OF_DOCUMENT_TOKEN_TO_BE_REPLACED

One more week of holidays, so why not spend it indoors in front of the computer, playing Flash games? Why not indeed. Here’s a list of some new games [we have older lists – Flash, Flash 2, Flash 3, Pew Pew Pew (which should be Flash 4, I guess)]

Clockwords – type words to shoot down clockwork spiders. The longer the word, the more damage the spiders take. ADDICTIVE. And educational!
Tetris Friends – Play Tetris competitively – you can send completed lines into someone else’s game. I’m not sure who I played but I won on my first attempt, which was nice.
Canabalt – a parkour-style game. Run until you, er, fall to your death (I made 1794m on the first attempt. Not too shabby.).
Max Damage – Max is a kid who likes to break things with his ‘toy’ cannon. Uses real physics, so could be considered educational maybe.
CycloManiacs
Tane – Tane is … Tane. It’s also an actual game, believe it or not.
Pixel – Very cool. Can’t begin to describe it.
Steamshovel Harry – Didn’t play this (I’m at work, you know) so who knows.
How To Raise A Dragon – Didn’t play it either but comes recommended.

… not the books, but the new television programme (previously mentioned here). Read the review here, (via The New York Times). The reviewer liked what she saw, and compares it to Twilight. In fact, it might even be a little better. There. I said it.

There’s no information that I can find as to when and which channel The Vampire Diaries will screen in NZ. Here’s the official website, anyway! Yaar.

Have you ever wondered what you might look like with Jennifer Garner’s hairstyle? Or lipstick? Or something? Now you can find out with a Hollywood makeover. At last, the Internet is complete.