All of us will surely know by now that we are in Orange, as we have been at this traffic light level for pretty much all of December so far. I’m sure that as avid library users you will already know all about visiting the library under Orange – wear your mask and scan your vaccine pass or exemption if you’re over twelve – but I feel there is more to be explored around the orangeness of Orange than mere alert levels.

In controversial Orange news, I have learned through this recent Spinoff article that while the Covid Traffic Light system uses the colours Red, Orange, and Green, the official colours of the literal physical traffic lights that are liberally spotted around our country are Red, Green, and Yellow. Look at these traffic lights! This is an instructional picture from the Waka Kotahi website accompanied by the instructional caption “A yellow signal means the lights will soon turn red”. This is very interesting since it is extremely clear that the coloured circle in the centre traffic light is so obviously orange. Like, they made the picture, if they’re calling it yellow why not make the picture yellow as well?

Anyway, while the certainty that orange is orange and yellow is yellow may be falling out from under our feet, let me return to my original subject of Orange in general.

I think Orange is an excellent colour. It’s such a happy colour, it’s the colour of the sun’s rays shining on the iconic Chelsea Golden Syrup Tin, and it’s great for hi-vis vests if you’re a cyclist, contractor, or builder.

Speaking of Golden Syrup, let me bring your attention to a rather orange book:

Edmonds cookery book.
The Edmonds cookbook is a classic, it fits right in here with that orange cover, and it contains a recipe for a Golden Syrup Steamed Pudding. What’s not to like?!

In search of other Orange activities to keep you occupied over the summer, I’ve trawled through our vast selection of elibrary resources, but unfortunately not many of them really scream Orange.

We do have a fantastic language-learning service called Mango Languages, a name that just promises orangeness but in actual fact doesn’t deliver much Orange, even in the logo. Still, if you don’t let lack of actual orangeness get in the way of perceived orangeness you could give it a go!

…while you’re sitting back in the sun, enjoying your Golden Syrup pudding, what better thing to do than get into a good book?

Here’s a selection of books that I’ve grouped together simply based on the orange-ivity of their covers. There’s a wide range of genres here, from New Zealand fiction to romance to classic literature to adventure, but they’re all Orange! Which one are you most interested in?

Is underground / Aiken, Joan
“Bound to keep a promise to her dead uncle, Is travels to the mysterious north country to find two missing boys, one of them a prince, and to discover why so many children in London are disappearing.” (Catalogue)

Felix ever after / Callender, Kacen
“Felix Love has never been in love, painful irony that it is. He desperately wants to know why it seems so easy for everyone but him to find someone. He is proud of his identity, but fears that he’s one marginalization too many– Black, queer, and transgender. When an anonymous student begins sending him transphobic messages, Felix comes up with a plan for revenge. He didn’t count on his catfish scenario landing him in a quasi-love triangle.” ( Adapted from Catalogue)

Perfect on paper / Gonzales, S.
“Seventeen-year-old Darcy Phillips, a bisexual girl who gives anonymous love advice to her classmates, is hired by the “hot” guy at school to help him get his ex back. When Darcy is caught in the act of collecting letters from locker 89– out of which she has been running her advice service– she is blackmailed into becoming his personal dating coach. If word gets out that Darcy is behind the locker, some things she’s not proud of will come to light. What could go wrong?” (Adapted from Catalogue)

Juggling with mandarins / Jones, V. M.
“Thirteen-year-old Pip finds a talent he never dreamed he had, and is determined it will remain one area of his life his domineering dad can’t touch. Somehow, Pip must find the courage to confront his father and claim the right to live his life on his own terms.” (Adapted from Catalogue)

To kill a mockingbird / Lee, Harper
“A young girl growing up in an Alabama town in the 1930s learns of injustice and violence when her father, a widowed lawyer, defends a black man falsely accused of rape.” (Catalogue)

Trash / Mulligan, Andy
“Three friends. Raphael, Gardo and Rat. Living on a heap of trash, a lifetime of sifting rubbish. One day they find something extraordinary – a deadly secret. From that moment they are hunted without mercy. With danger snatching at their heels, the boys are chased from the city’s dirty gutters to its wealthy avenues. But they can’t run for ever. They need a miracle.” (Catalogue)

Nice try, Jane Sinner / Oelke, Lianne
“Jane Sinner, a 17-year-old dropout, sets out to redefine herself through a series of schemes and stunts, including participating in a low-budget reality TV show at her local community college”– Provided by publisher.” (Catalogue)

First test / Pierce, Tamora
“Ten-year-old Keladry of Mindalen, daughter of nobles, serves as a page but must prove herself to the males around her if she is ever to fulfill her dream of becoming a knight.” (Catalogue)

A tyranny of petticoats : 15 stories of belles, bank robbers & other badass girls
“From pirate ships off the coast of the Carolinas to the peace, love, and protests of 1960s Chicago, take a thrill ride through history with American girls charting their own course. They are monsters and mediums, bodyguards and barkeeps, screenwriters and schoolteachers, heiresses and hobos.” (Adapted from Catalogue)

Bridge of Clay / Zusak, Markus
“Upon their father’s return, the five Dunbar boys, who have raised themselves since their mother’s death, begin to learn family secrets, including that of fourth brother Clay, who will build a bridge for complex reasons, including his own redemption.” (Adapted from Catalogue)

And if you’ve made it this far, I hope that by now I’ve managed to remove or weaken the exclusive association of Orange with Covid. I’m sure that you’ll be simmering with rage over the officially-yellow traffic lights, off to bake a tasty snack, diving deep into an Orange read, or some other Orange-related activity!

Jólabókaflóð: ‘Tis the Season for Reading

In Books, Christmas, Librarian's Choice, stuff to do, stuff to read

Of all the weird, wonderful, and wintery traditions surrounding the Christmas season, I am here today to introduce you to the gift-giving practice of young librarians’ dreams: Jólabókaflóð.

Jólabókaflóð, which loosely translates to “Christmas Book Flood”, is the Icelandic practice of gifting and exchanging books on Christmas Eve. Dating all the way back to WWII (when paper was one of the few commodities not subject to severe rationing), jólabókaflóð is now harkened by the distribution of an annual catalogue of new publications. Although this catalogue (the snappily entitled ‘Bókatíðindi’) is sadly beyond our reach, it is my pleasure to bring you some of the latest and greatest YA additions to the library catalogue. I would suggest you read these, buy them, and then merrily sling them at all your bookish friends.

Now, I will be the first to admit that – when browsing for books – I automatically drift towards the fantasy section. However not everyone out there has the same excellent taste as me, so I’ve branched out in order to offer you a slightly more accommodating collection of potential gifts for your upcoming jólabókaflóð festivities:

The Raven Boys / Stiefvater, Maggie
“Though she is from a family of clairvoyants, Blue Sargent’s only gift seems to be that she makes other people’s talents stronger, and when she meets Gansey, one of the Raven Boys from the expensive Aglionby Academy, she discovers that he has talents of his own–and that together their talents are a dangerous mix.” (Catalogue)

The inexplicable logic of my life : a novel / Sáenz, Benjamin Alire
“Sal used to know his place with his adoptive gay father, their loving Mexican American family, and his best friend, Samantha. But it’s senior year, and suddenly Sal is throwing punches, questioning everything, and realizing he no longer knows himself. If Sal’s not who he thought he was, who is he?” (Catalogue)

Children of blood and bone / Adeyemi, Tomi
“Seventeen-year-old Zélie, her older brother Tzain, and rogue princess Amari fight to restore magic to the land and activate a new generation of magi, but they are ruthlessly pursued by the crown prince, who believes the return of magic will mean the end of the monarchy.” (Catalogue)

The apple tart of hope / Fitzgerald, Sarah Moore
“Oscar Dunleavy, who used to make the world’s most perfect apple tarts, is missing, presumed dead. No-one seems too surprised, except for Meg, his best friend, and his little brother Stevie. Surrounded by grief and confusion, Meg and Stevie are determined to find out what happened to Oscar, and together they learn about loyalty and friendship and the power of never giving up hope.” (Catalogue)

The amazing Maurice and his educated rodents / Pratchett, Terry
” Every town on Discworld knows the stories about rats and pipers, and Maurice – a streetwise tomcat – leads a band of educated ratty friends (and a stupid kid) on a nice little earner. Piper plus rats equals lots and lots of money. Until they run across someone playing a different tune. Now he and his rats must learn a new concept: evil . . .” (Catalogue)

Illuminae / Kaufman, Amie
“The planet Kerenza is attacked, and Kady and Ezra find themselves on a space fleet fleeing the enemy, while their ship’s artificial intelligence system and a deadly plague may be the end of them all”– Provided by publisher.” (Catalogue) 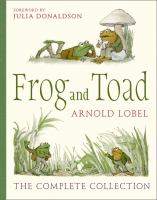 Frog and Toad : the complete collection / Lobel, Arnold
“Once upon a time there were two good friends, a frog and a toad. From writing letters to going swimming, telling stories to finding lost buttons, Frog and Toad are always there for each other – just as best friends should be.” (Catalogue)

So there you have it! ‘Tis the season for friends, family, food, and a colossal number of books. From all of us here at Wellington City Libraries, Merry Christmas and Happy Jólabókaflóð!

And remember that Santa Claus is also… technically… a cryptid.

In Comics and Graphic Novels, Crafts, DVDs, Happenings, Movies, stuff to do, stuff to learn, stuff to read, stuff to write

It’s December, which means that the holiday season is upon us! To celebrate, here is a (slightly late) Christmas Advent Calendar! Explore our list of challenges using the interactive slide below, or check out the challenge list below!