Activism to Keep the Summer Ennui at Bay!

In Books, Environment, LGBTQ+, News, Real Problems, stuff to do, stuff to learn, Troubled teens trying to put their past behind them, Vote!, Youth Politics

It is impossible to fully extol the many wonders of the summer holidays. Water fights, ice cream, camping, being unable to beat Wellington on a good day, exploring the bush looking for cryptids (yes I will ram cryptids down the throats of you readers at every given opportunity), using strategically applied sunblock and patience to graffiti your friend’s back, more ice cream — I could go on for days.

However, if you are anything like me, it won’t take long to remember that you are unable to function without a schedule and will eventually succumb to a state of sunburnt ennui. And what better way to fight this gradual decline, than by fighting THE gradual decline (of society)?! That’s right, this blog post does have a point!

Hopefully, all you smart young whippersnappers were out marching in the School Strike 4 Climate Change (#doitfordavid #actionforattenborough) way back in the shining days pre-COVID, so you’ve already had a taste of how good it feels to stand up for what you believe in. Or you just wanted a day off school, but same premise – we’re battling summer ennui here folks! While organising a nation-wide series of protests over the holidays may be a little ambitious, that doesn’t mean there aren’t other ways you can make your voice heard: 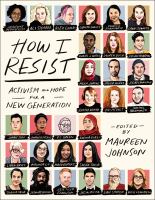 How I resist : activism and hope for a new generation
“Now, more than ever, young people are motivated to make a difference in a world they’re bound to inherit. But with much to stand up and shout about, where do they begin? How I Resist is the way to start the conversation. An all-star collection of essays, songs, illustrations, and interviews about activism and hope […] This guide will remind you that you are not helpless, and that you can be the change you wish to see in the world, in the news, and for your future.” (Adapted from Catalogue)

Resist : 35 profiles of ordinary people who rose up against tyranny and injustice / Chambers, Veronica
“Before they were activists, they were just like you and me. From Frederick Douglass to Malala Yousafzai, Joan of Arc to John Lewis, Susan B. Anthony to Janet Mock—these thirty-five profiles of remarkable figures show us what it means to take a stand and say no to injustice […]” (Adapted from Catalogue) 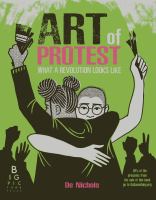 Art of Protest: What a Revolution Looks Like / Nichols, De
“From Keith Haring to Extinction Rebellion, the Civil Rights Movement to Black Lives Matter, what does a revolution look like? What does it take to make a collective visual impact? Discover the power of words, images and much more in this analytical and thought-provoking look at protest art, by highly acclaimed activist De Nichols.” (Catalogue) 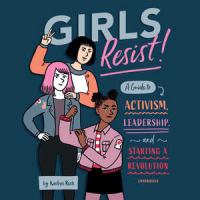 Girls resist! : a guide to activism, leadership, and starting a revolution / Rich, KaeLyn
“An activism handbook for teen girls ready to fight for change, social justice, and equality. Take on the world and make some serious change with this handbook to everything activism, social justice, and resistance. With in-depth guides to everything from picking a cause, planning a protest, and raising money to running dispute-free meetings, promoting awareness on social media, and being an effective ally. Get this handbook to crush inequality, start a revolution, and resist!” (Catalogue) 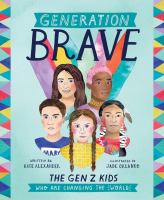 Generation brave : the Gen Z kids who are changing the world / Alexander, Kate
“An illustrated celebration of Gen Z activists fighting to make our world a better place. Gen Z is populated–and defined–by activists. They are bold and original thinkers and not afraid to stand up to authority and conventional wisdom. From the March for Our Lives to the fight for human rights and climate change awareness, this generation is leading the way toward truth and hope like no generation before […]” (Adapted from Catalogue)

Hood feminism : notes from the women that white feminists forgot / Kendall, Mikki
“All too often the focus of mainstream feminism is not on basic survival for the many, but on increasing privilege for the few. Meeting basic needs is a feminist issue. Food insecurity, the living wage and access to education are feminist issues. The fight against racism, ableism and transmisogyny are all feminist issues. White feminists often fail to see how race, class, sexual orientation and disability intersect with gender. How can feminists stand in solidarity as a movement when there is a distinct likelihood that some women are oppressing others? […]” (Catalogue) 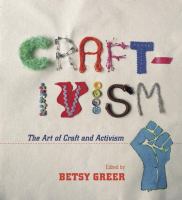 Craftivism : the craft of craft and activism
“A provocative anthology of essays, interviews and photographs on the art-making phenomenon known as craftivism, the intersection where craft and activism meet. This book profiles craftivists from around the world (including Australia), and how they use their craft to create a greater good […]” (Adapted from Catalogue) 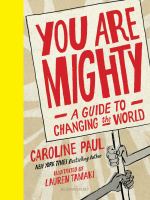 You are mighty : a guide to changing the world / Paul, Caroline
“Being a good citizen means standing up for what’s right-and here’s just the way to start. […] This guide features change-maker tips, tons of DIY activities, and stories about the kids who have paved the way before, from famous activists like Malala Yousafzai and Claudette Colvin to the everyday young people whose habit changes triggered huge ripple effects. So make a sign, write a letter, volunteer, sit-in, or march! There are lots of tactics to choose from, and you’re never too young to change the world.” (Adapted from Catalogue)

We are power : how nonviolent activism changes the world / Hasak-Lowy, Todd
“A stirring look at nonviolent activism, from American suffragists to Civil Rights to the Climate Change Movement We Are Power brings to light the incredible individuals who have used nonviolent activism to change the world. The book explores questions such as what is nonviolent resistance and how does it work? […] It answers the question “Why nonviolence?” by showing how nonviolent movements have succeeded again and again in a variety of ways, in all sorts of places, and always in the face of overwhelming odds […]” (Adapted from Catalogue)

Amazons, abolitionists, and activists : a graphic history of women’s fight for their rights / Kendall, Mikki
“[…] Amazons, Abolitionists, and Activists is a fun and fascinating graphic novel-style primer that covers the key figures and events that have advanced women’s rights from antiquity to the modern era. In addition, this compelling book illuminates the stories of notable women throughout history–from queens and freedom fighters to warriors and spies–and the progressive movements led by women that have shaped history, including abolition, suffrage, labor, civil rights, LGBTQ liberation, reproductive rights, and more. […]” (Adapted from Catalogue)

Watch us rise / Watson, Renée
“[…] Jasmine and Chelsea are best friends on a mission. Sick of the way that young women are treated even at their ‘progressive’ New York City high school, they decide to start a Women’s Rights Club. One problem – no one shows up. That hardly stops them. They start posting everything from videos of Chelsea performing her poetry to Jasmine’s response to being reduced to a racist and sexist stereotype in the school’s theatre department. And soon, they’ve gone viral, creating a platform they never could’ve predicted […] ” (Adapted from Catalogue)

Summer Reads + Things To Do With Your Friend/Crush