One of the few big perks of lockdown is getting to see our native fauna thriving and making their way back into our gardens. In fact, this is a great time to keep an eye out for some of the less well-known creatures creeping around our country…. That’s right, I’m talking CRYPTIDS.

For the uninitiated, a cryptid is an animal or entity whose existence hasn’t been conclusively proven. Think Bigfoot or the Loch Ness Monster (although I saw Nessie when I was 6, and that seems like solid evidence). Everyone has a favourite (or they will after reading this), but most of the biggies are off overseas. So what kind of cryptids can we be keeping an eye out for here in the backyards of Aotearoa?

Also known as the New Zealand otter or kaurehe, the waitoreke is arguably Aotearoa’s most legitimate cryptid because nobody actually knows what it is (or if it exists at all)! Described as a otter-like creature the size of a cat, sightings of the Waitoreke date back more than 200 years, and some sources suggest that this amphibious good boy was kept as a pet by early Māori. If you’re stuck somewhere in the South Island, keep an eye out around your local waterways for glimpses of Aotearoa’s cutest cryptid.

In 1910, the Southland Acclimatisation Society introduced a handful of moose into Fiordland. As it turns out, these moose were very good at hiding and were largely forgotten about. The last proven sighting of the elusive moose was in 1952 but evidence has continued to sporadically surface, such as an entire moose antler that was discovered in the early 70s. I’ll admit it’s been a little while since anything conclusive was found, but maybe lockdown will be enough to encourage the Fiordland moose to find their way back into our lives.

Those of you familiar with Buzzfeed Unsolved’s search for the mysterious Goatman may have jumped at the familiar name, but the Goatman which lurks on lonely roads around New Zealand is a local specialty. One of many goat-ish cryptids from around the globe, our Goatman frequently manifests as a blokey hitchhiker, and many of the recorded sightings describe him approaching cars to ask for a lift on dark nights. Despite an ominous (and apparently smelly) demeanor, being approached by the Goatman is a good omen, as he is said to warn travellers of impending accidents and guide them through dangerous stretches of road. The real GOAT.

One of the most infamous and beloved cryptids, Mothman technically lives out in Point Pleasant, West Virginia, but what better time for a cryptid to use up those Airpoints than when everyone is cosying up inside their homes? Mothman was first spotted in the 1960’s, and has been cropping up in urban folklore ever since. Described as a 6-8 foot moth-ish humanoid with red eyes and an impressive wingspan, Mothman has reached the highest echelons of cryptid fame by having an annual festival held in his honour, and ‘mothmania’ has inspired a truly magnificent following (including a Mothman anthem set to the tune of YMCA). So, keep your eyes keen and your lamps ready…. 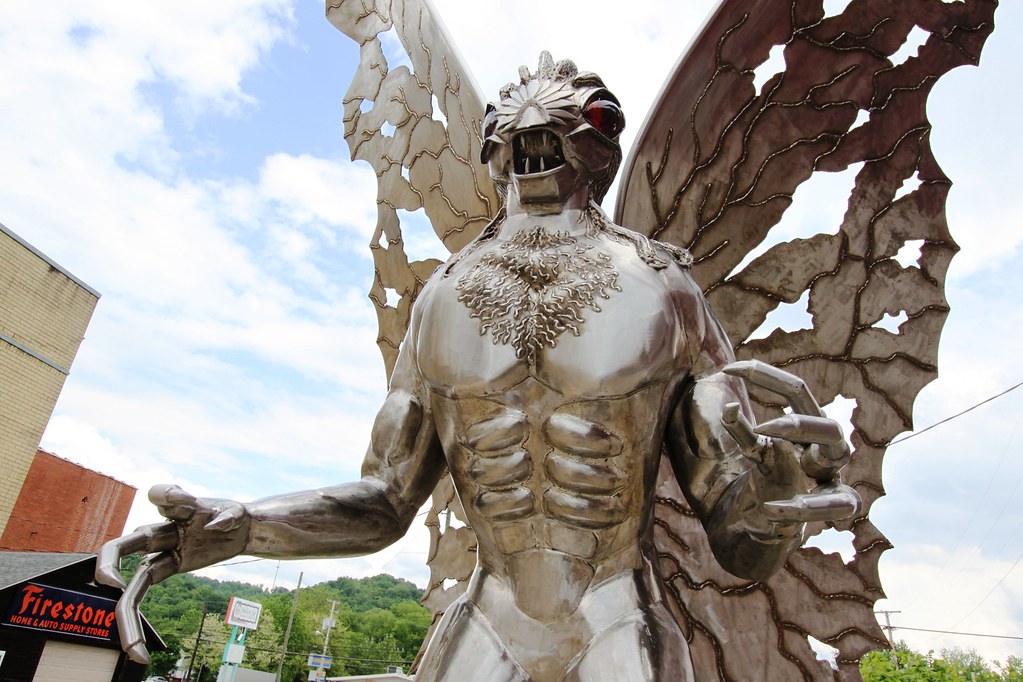 So make the most of our quiet streets by keeping an eye out for some of Aotearoa’s more unusual fauna. Even if you’re just spotting some of our beautiful native birds then it’d be worth it. And who knows?

For more information, check out the WCL trove to prepare for any future cryptozoological adventures.

Cryptid creatures : a field guide / Halls, Kelly Milner
“Cryptozoology is the study of mysterious creatures that fall between the realm of real and imaginary on the scientific spectrum. Cryptid Creatures: A Field Guide offers a closer look at fifty of these amazing creatures, examining the best possible evidence for each, including scientific papers, magazine and newspaper articles, and credible eyewitness accounts. The fifty cryptids are arranged in order alphabetically, and in addition to speculative illustrations, include details like when they were first reported, whether they are terrestrial, aerial, or aquatic, and each have a reality rating of 1 to 6, in which 1 means that the cryptid has been confirmed as a hoax, and 6 means the cryptid has been proven as real. This page-turning guide will inspire curious readers to investigate more on their own, and maybe even help to prove if a cryptid is a hoax or is real.” (Catalogue)

Abominable science! : origins of the Yeti, Nessie, and other famous cryptids / Loxton, Daniel
“Loxton and Prothero complete an entertaining, educational, and definitive text on demonstrably false phenomena, presenting both the arguments for and against their existence and systematically challenging the pseudoscience perpetuating their myths.” (Catalogue)

Monsters : a bestiary of the bizarre / Dell, Christopher
“From myth to manga, an artistic visual history of the human mind through an imaginative collection of fantastical monsters from around the world.” (Catalogue) 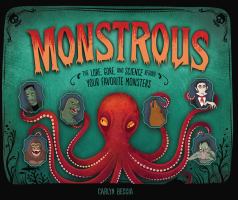 Monstrous : the lore, gore, and science behind your favorite monsters / Beccia, Carlyn
“Carlyn Beccia presents werewolves, vampires, zombies and more as you’ve never seen them. Discover the origins of eight scream-worthy monsters, find out how major historical events shaped their creation, and delve into the science behind these fearful beasts. Engrossing (and gross!) timelines, maps, and infographics offer essential information — including the zombie virus life cycle and how to survive Godzilla’s nuclear breath.” (Catalogue)