In the wake of the recent Climate Change Emergency listed by the government (02/12/2020) – this is where Aotearoa has joined 32 other nations and territories in declaring a Climate Change Emergency, seeking strong actions – we need to discuss the current situation happening across our country. So whakarongo mai, and let’s get learning. Adding to the replacement forest created by the logging industry, we have been getting destructive fires that have wiped out habitat for native birds and flora.. Professor James Renwick in 2020, has stated that climate change is behind the conditions for larger and more destructive forest fires to be emerging. Fires like that in Tasman and Napier in previous years have been because Papatūānuku is getting drier and drier, making perfect conditions for bush ignition setting forests ablaze. Te Moana with loss of biodiversity, over-fishing and sea-level rise

Te moana (the ocean) is one of the earth’s greatest resources, reflecting the sun’s harmful radiation as well as providing ample food supplies, and the ever-important coral reefs which feed the life cycle of aquatic life and help combat climate change. However, with salination and sea-level rise occurring, the coral reefs are being destroyed as they cannot adapt to the changing acidity of our oceans. This is critical as the coral reef recycles carbon dioxide and releases oxygen into the atmosphere – losing them is like losing the breath of Tangaroa. Plastics continue to litter our oceans and even the beaches, causing widespread deaths of creatures on land and sea.

The ara o Hinekirikiri (intertidal zone/foreshore/littoral zone) can be damaged through coastal erosion and salination. As places get eroded, the intertidal zone moves and shifts according to the encroaching waves. This leads to challenging environments for marine life as they struggle to adapt to the changing seafloor. This has carry-on effects for larger marine animals, coupled with the acidification of the oceans. Recently, Nelson has had incredible flooding, and this isn’t the first of an annual trend both for flooding and for tauraki. To add to this difficulty due to climate change, is the reduction of our freshwater stores nationally. Aotearoa used to have amazing amounts of high-bore freshwater, but it has been rescinded due to over-watering and land use for agriculture purposes. The destruction of Wetlands has also caused changes in awa, streams and other forms of wai to the point where riverbeds have become dried up and the course of the waters have changed indefinitely. This is because the climate has dried out Papatūānuku and altered the amount of rainfall that the country is susceptible to in some of our once-prominently watered regions. The far North is a classic example of this, where drought occurs frequently now.

For more information about te taiao and climate change in New Zealand, check out some of these books: 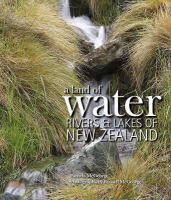 A land of water : rivers & lakes of New Zealand by Pamela McGeorge highlights the waterways we have left and shows our affinity to these wai.

Confronting climate change : critical issues for New Zealand by R. B. Chapman and others paints a picture of how Aotearoa is impacted by climate change on a national scale.

The invading sea : coastal hazards and climate change in Aotearoa New Zealand by Neville Peat demonstrates the changing coastline of Aotearoa and the harmful effects of climate change.

Libraries in the Time of COVID