I love fashion and I love fashion week. But with fast fashion causing 10% of carbon emissions (predicted to rise to 25% if nothing changes) according to the United Nations Environment Project, now is as good a time as any to think about how the clothes we love affect the world we live in. It’s important to do your own reading, though: this is a contentious issue, where privilege, monetary concerns and environmental matters intersect. This is just what Wellington Libraries has; there’s plenty more out there!

Wardrobe crisis : how we went from Sunday best to fast fashion is a good overview – written by a fashion insider- of how the fashion industry encourages consumption, where fast fashion started, and some interesting suggestions on how to change your own fashion habits. I haven’t had the chance to read Fashionopolis: The Price Of Fast Fashion & The Future Of Clothes as it’s a new order but it has got good reviews so it’s a must read on the costs of being on-trend.

Change is in the air, though. Slow fashion : aesthetics meets ethics showcases new companies and new approaches to making fashion ecologically and socially friendly. If you want to apply these to your own wardrobe, there’s The Conscious Closet : The Revolutionary Guide to Looking Good While Doing Good, another new order, which will focus on personal changes. My own favourite is Craft of Use: post-growth fashion, which has many inspiring stories of clothes that endure.

Secondhand/thrift shopping is another way to maximize your look while being eco (and budget) friendly: Thriftstyle : the ultimate bargain shopper’s guide to smart fashion has some great tips and is a great read. 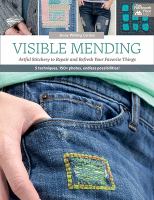 DIY is becoming more and more popular, so if sewing your own clothes is a bit too intimidating, try mending the ones you have: Mending matters which teaches you how to repair your denim, and Visible mending : artful stitchery to repair and refresh your favorite things are great places to start. 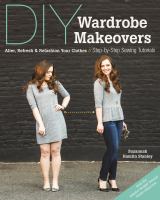 Then you could try altering your clothes: DIY wardrobe makeovers : alter, refresh & refashion your clothes is amazing. I also love Stylish remakes which has some really cool ideas about how to change up what you already have. Then there’s Simple tailoring & alterations, a more technique-heavy book which will instruct you on how to hem and alter.

If you do want to start making your own clothes, we have so many books to help you get going. Dewey numbers 646 (sewing) and 746 (textile arts, which include knitting and crochet) are good places to get started.

Descendant of the crane, Joan He

When her father is murdered, Princess Hesina of Yan is thrust into power, suddenly the queen of an unstable kingdom. Determined to find her father’s killer, Hesina engages the aid of a soothsayer. It is a treasonous act, punishable by death, because in Yan, magic was outlawed centuries ago. Using the information provided, Hesina turns to Akira, an investigator who’s also a convicted criminal with secrets of his own. With the future of her kingdom at stake, can Hesina find justice for her father? Or will the cost be too high? (Publisher summary)

Allison has run away from home and with nowhere to live finds herself hiding out in the shed of what she thinks is an abandoned house. But the house isn’t empty. An elderly woman named Marla, with dementia, lives there — and she mistakes Allison for an old friend from her past called Toffee. Allison is used to hiding who she really is, and trying to be what other people want her to be. And so, Toffee is who she becomes. After all, it means she has a place to stay. There are worse places she could be. But as their bond grows, and Allison discovers how much Marla needs a real friend, she begins to ask herself – where is home? What is a family? And most importantly, who am I, really? (Publisher summary)

We hunt the flame, Hafsah Faizal

Zafira is the Hunter, disguising herself as a man when she braves the cursed forest of the Arz to feed her people. Nasir is the Prince of Death, assassinating those foolish enough to defy his autocratic father, the king. Both are legends in the kingdom of Arawiya– but neither wants to be. When Zafira embarks on a quest to uncover a lost artifact that can restore magic to her suffering world and stop the Arz, Nasir is sent by the king on a similar mission: retrieve the artifact and kill the Hunter. (Publisher summary)

A curse so dark and lonely, Brigid Kemmerer

Prince Rhen, the heir to Emberfall, was cursed to repeat the autumn of his eighteenth year; he could only be saved if a girl fell for him. But at the end of each autumn he turned into a vicious beast hell-bent on destruction… and destroyed his castle, his family, and every last shred of hope. Washington, D.C. native Harper Lacy’s father is long gone, her mother is dying, and her brother constantly underestimates her because of her cerebral palsy. When she is sucked into Rhen’s cursed world, Harper doesn’t know where she is or what to believe. As Rhen regains hope, they learn it will take more than a broken curse to save Harper, Rhen, and his people from utter ruin. (Publisher summary)

The missing of Clairdelune, Christelle Dabos ; translated from the French by Hildegarde Serle

When Ophelia is promoted to Vice-storyteller by Farouk, the ancestral Spirit of Pole, she finds herself unexpectedly thrust into the public spotlight. Her gift–the ability to read the secret history of objects–is now known by all, and there can be no greater threat to the nefarious denizens of her icy adopted home than this. Beneath the golden rafters of Pole’s capitol, she discovers that the only person she may be able to trust is Thorn, her enigmatic and emotionally distant fiancé́. As one influential courtier after another disappears, Ophelia again finds herself unintentionally implicated in an investigation that will lead her to see beyond Pole’s many illusions to the heart of a formidable truth. (Publisher summary)

What I lost, Alexandra Ballard

What sixteen-year-old Elizabeth has lost so far: forty pounds, four jean sizes, a boyfriend, and her peace of mind. As a result, she’s finally a size zero. She’s also the newest resident at Wallingfield, a treatment center for girls like her–girls with eating disorders. Elizabeth is determined to endure the program so she can go back home, where she plans to start restricting her food intake again. She’s pretty sure her mom, who has her own size-zero obsession, needs treatment as much as she does. Maybe even more. Then Elizabeth begins receiving mysterious packages. Are they from her ex-boyfriend, a secret admirer, or someone playing a cruel trick? (Publisher summary)

Somewhere only we know, Maurene Goo

9:00 p.m.: Lucky is the biggest Korean pop star on the scene, and tomorrow is her debut on The Tonight Show, hopefully a breakout performance for her career. She’s in her fancy hotel, and her feet are killing her. She’s dying for a hamburger. 10:00 p.m.: Jack is sneaking into a fancy hotel, on assignment for his tabloid reporter job that he keeps secret from his high-profile journalist father. On his way out, he runs into a girl wearing hotel slippers who is determined to find a hamburger. She looks familiar. She’s kind of cute. He’s really curious. 12:00 a.m.: Nothing will ever be the same. (Publisher summary)

Cold day in the sun, by Sara Biren

Holland Delviss wants to be known for her talent as a hockey player, not a hockey player who happens to be a girl. But when her school team is selected to be featured and televised as part of HockeyFest, her status as the only girl on the boys’ team makes her the lead story. Not everyone is thrilled with Holland’s new fame, but there’s one person who fiercely supports her, and it’s the last person she expects (and definitely the last person she should be falling for): her bossy team captain, Wes. (Publisher summary)

Gu Miyoung is a gumiho, a nine-tailed fox who must devour the energy of men in order to survive. The modern city of Seoul is the perfect place to hide and hunt. After feeding one full moon, Miyoung crosses paths with Jihoon, a human boy, being attacked by a goblin deep in the forest. She violates the rules of survival to rescue the boy, losing her fox bead– her gumiho soul– in the process. Jihoon saw her nine tails, but he’s drawn to her anyway. Their a tenuous friendship blossoms into something more… until a young shaman tries to reunite Miyoung with her bead. Now Miyoung must choose between her immortal life– and Jihoon’s. (Publisher summary).

The candle and the flame, by Nafiza Azad

Fatima lives in the city of Noor, on the Silk Road, which is currently protected by the Ifrit, djinn of order and reason, from attacks by the violent and ruthless Shayateen djinn–but Fatima was infused with the fire of the Ifrit who died saving her when she was four years old, and when one of the most important Ifrit dies she finds herself drawn into the intrigues of the court, the affairs of the djinn, and the very real dangers of a magical battlefield. (Publisher summary)

There’s something about Sweetie, Sandhya Menon

Ashish Patel didn’t know love could be so… sucky. After being dumped by his ex-girlfriend, his mojo goes AWOL. Even worse, his parents are annoyingly, smugly confident they could find him a better match. So, in a moment of weakness, Ash challenges them to set him up. The Patels insist that Ashish date an Indian-American girl — under contract. Per subclause 1(a), he’ll be taking his date on “fun” excursions like visiting the Hindu temple and his eccentric Gita Auntie. Kill him now. How is this ever going to work? Sweetie Nair is many things: a formidable track athlete who can outrun most people in California, a loyal friend, a shower-singing champion. Oh, and she’s also fat. To Sweetie’s traditional parents, this last detail is the kiss of death. Sweetie loves her parents, but she’s so tired of being told she’s lacking because she’s fat. She decides it’s time to kick off the Sassy Sweetie Project, where she’ll show the world (and herself) what she’s really made of. Ashish and Sweetie both have something to prove. But with each date they realize there’s an unexpected magic growing between them. Can they find their true selves without losing each other? (Publisher summary(

Dear Ally, how do you write a book? Ally Carter

Have you always wanted to write a book, but don’t know where to start? Or maybe you’re really great at writing the first few chapters . . . but you never quite make it to the end? Or do you finally have a finished manuscript, but you’re not sure what to do next? Fear not — if you have writing-related questions, this book has answers! Whether you’re writing for fun or to build a career, bestselling author Ally Carter is ready to help you make your work shine. With honesty, encouragement, and humor, Ally’s ready here to answer the questions that writers struggle with the most. Filled with practical tips and helpful advice, Dear Ally is a treasure for aspiring writers at any stage of their careers. It offers a behind-the-scenes look at how books get made, from idea to publication, and gives you insight into the writing processes of some of the biggest and most talented YA authors writing today. (Amazon summary).