Here are all of the Young Adult nominees from the Hugo Awards that we have in our collection (and are accessible) at the moment. It’s an amazing list and I thoroughly recommend checking them out.

Camellia Beauregard is a Belle. In the opulent world of Orleans, Belles are revered, for they control Beauty, and Beauty is a commodity coveted above all else. In Orleans, the people are born gray, they are born damned, and only with the help of a Belle and her talents can they transform and be made beautiful. But it’s not enough for Camellia to be just a Belle. She wants to be the favorite, the Belle chosen by the Queen of Orleans to live in the royal palace, to tend to the royal family and their court, to be recognized as the most talented Belle in the land. But once Camellia and her Belle sisters arrive at court, it becomes clear that being the favorite is not everything she always dreamed it would be. Behind the gilded palace walls live dark secrets, and Camellia soon learns that the very essence of her existence is a lie, that her powers are far greater, and could be more dangerous, than she ever imagined. And when the queen asks Camellia to risk her own life and help the ailing princess by using Belle powers in unintended ways, Camellia now faces an impossible decision. With the future of Orleans and its people at stake, Camellia must decide: save herself and her sisters and the way of the Belles, or resuscitate the princess, risk her own life, and change the ways of her world forever. (Publisher summary)

But everything changed the night magic disappeared. Under the orders of a ruthless king, maji were killed, leaving Zélie without a mother and her people without hope. Now Zélie has one chance to bring back magic and strike against the monarchy. With the help of a rogue princess, Zélie must outwit and outrun the crown prince, who is hell-bent on eradicating magic for good. Danger lurks in Orïsha, where snow leoponaires prowl and vengeful spirits wait in the waters. Yet the greatest danger may be Zélie herself as she struggles to control her powers and her growing feelings for an enemy. (Publisher summary)

Jude was seven years old when her parents were murdered and she and her two sisters were stolen away to live in the treacherous High Court of Faerie. Ten years later, Jude wants to belong there, despite her mortality. But many of the fey despise humans. Especially Prince Cardan, the youngest and wickedest son of the High King. To win a place at the Court, she must defy him– and in doing so, she becomes embroiled in palace intrigues and deceptions, discovering her own capacity for bloodshed. As civil war threatens, Jude will need to risk her life in a dangerous alliance to save her sisters, and Faerie itself (Publisher summary)

Also has a sequel: The wicked king.

Jane McKeene was born two days before the dead began to walk the battlefields of Gettysburg, Pennsylvania– derailing the War Between the States and changing the nation forever. Now laws like the Native and Negro Education Act require certain children attend combat schools to learn to put down the dead. Jane is studying to become an Attendant, trained in both weaponry and etiquette to protect the well-to-do. But it’s not a life Jane wants. When families around Baltimore County begin to go missing, Jane is caught in the middle of a conspiracy… and the restless dead are the least of her problems. (Publisher summary)

In a world where teenagers are trained for the most horrific 3 minutes of their lives, Nessa and Anto have both survived their Call, but fate has a cruel way of rewarding them. Nessa is branded a traitor as no one believes that someone like her could survive the experience. She’s thrown in prison and eventually sent where all traitors are sent – back to the horrifying Greylands, but this time there’s no way home. Anto is packed off out of the way to join the militia. Ireland is being invaded and the enemy are building their army from the very people defending it. However, Anto can’t get Nessa off his mind, he knows in his heart that she’s innocent and he’ll go to any length to rescue her. (Publisher summary) 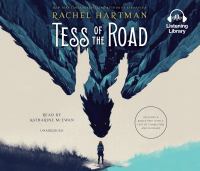 In the medieval kingdom of Goredd, women are expected to be ladies, men are their protectors, and dragons can be whomever they choose. Tess is none of these things. Tess is. . . different. She speaks out of turn, has wild ideas, and can’t seem to keep out of trouble. Then Tess goes too far. What she’s done is so disgraceful, she can’t even allow herself to think of it. Unfortunately, the past cannot be ignored. So Tess’s family decide the only path for her is a nunnery.

But on the day she is to join the nuns, Tess chooses a different path for herself. She cuts her hair, pulls on her boots, and sets out on a journey. She’s not running away, she’s running towards something. What that something is, she doesn’t know. Tess just knows that the open road is a map to somewhere else–a life where she might belong. (Publisher summary)