It ends with you, S.K. Wright

Everyone loves Eva. Beautiful, bright, fun, generous – she’s perfect. So when her dead body is found in a ditch in the local woods the only thing anyone wants to know is: Who could have done this? It has to be Luke, her boyfriend. He has the motive, the means, the opportunity and he’s no stranger to the police. Even though the picture is incomplete, the pieces fit. But as time passes, stories change. Told from six narrative strands, this cleverly woven and utterly compulsive novel challenges preconceptions; makes you second, third and fourth guess yourself; and holds an uncomfortable mirror up to the way societies and systems treat those they perceive to be on the outside. (Publisher summary)

Neither Lazlo nor Sarai are who they were before. One a god, the other a ghost, they struggle to grasp the new boundaries of their selves as dark-minded Minya holds them hostage, intent on vengeance against Weep. Lazlo faces an unthinkable choice: save the woman he loves, or everyone else. Sarai, the muse of nightmares, has not yet discovered what she’s capable of. As humans and godspawn reel in the aftermath of the citadel’s near fall, as forgotten doors are opened, the question arises: Must heroes always slay monsters, or is it possible to save them instead? (Publisher summary)

Ellingham Academy is a famous private school in Vermont for the brightest thinkers, inventors, and artists. It was founded by Albert Ellingham, an early twentieth century tycoon, who wanted to make a wonderful place full of riddles, twisting pathways, and gardens. “A place,” he said, “where learning is a game.” Shortly after the school opened, his wife and daughter were kidnapped. The only real clue was a mocking riddle listing methods of murder, signed with the frightening pseudonym “Truly, Devious.” It became one of the great unsolved crimes of American history. True-crime aficionado Stevie Bell is set to begin her first year at Ellingham Academy, and she has an ambitious plan: She will solve this cold case. That is, she will solve the case when she gets a grip on her demanding new school life and her housemates: the inventor, the novelist, the actor, the artist, and the jokester. But something strange is happening. Truly Devious makes a surprise return, and death revisits Ellingham Academy. The past has crawled out of its grave. Someone has gotten away with murder. (Publisher summary)

Best friends since childhood, Luke and Toby have dreamed of one thing: getting out of their dead-end town. Soon they finally will, riding the tails of Luke’s wrestling scholarship, never looking back. If they don’t drift apart first. If Toby’s abusive dad, or Luke’s unreliable mom, or anything else their complicated lives throw at them doesn’t get in the way. Tense and emotional, this hard-hitting novel explores family abuse, sex, love, and friendship, and how far people will go to protect those they love. (Publisher summary)

Her mother died when she was twelve, and suddenly Artemisia Gentileschi had a stark choice- a life as a nun in a convent or a life grinding pigment for her father’s paint. She chose paint. By the time she was seventeen, Artemisia did more than grind pigment. She was one of Rome’s most talented painters, even if no one knew her name. But Rome in 1610 was a city where men took what they wanted from women, and in the aftermath of rape Artemisia faced another terrible choice- a life of silence or a life of truth, no matter the cost.

Summoner: One who is gifted with the ability to summon demonic creatures that are emotionally connected to their human counterparts. As brought to life in the bestselling Summoner series, the magic of summoning is also an art, with a story of its own. The Summoner’s Handbook reveals the epic journal of James Baker, who inspired the series hero, Fletcher, to discover his own summoning abilities. Along with a complete illustrated demonology, a guide to the basics of summoning and glorious artwork from the world of the Hominum Empire, you’ll learn everything a Summoner should know, and more. Beautifully rendered in two tone colours and full of detailed sketches, this hardback is the perfect treat for new and old fans. (Publisher summary) 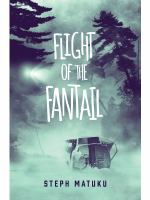 Flight of the fantail, Steph Matuku

A busload of high school students crashes in the bush in a remote part of Aotearoa, New Zealand. Only a few of the teenagers survive; they find their phones don’t work, there’s no food, and they’ve only got their wits to keep them alive. There’s also something strange happening here. Why are the teenagers having nosebleeds and behaving erratically, and why is the rescue effort slow to arrive? To make it out, they have to discover what’s really going on and who or what is behind it all. (Publisher summary) 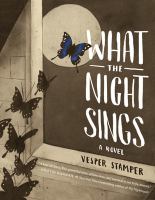 What the night sings, Vesper Stamper

Liberated from Bergen-Belsen Concentration Camp in 1945, Gerta has lost her family and everything she knew. Without her Papa, her music, or even her true identity, she must move past the task of surviving and onto living her life. Gerta meets Lev, a fellow teen survivor, and Michah, who helps Jews reach Palestine. With a newfound Jewish identity she never knew she had, and a return to the life of music she thought she lost forever, Gerta must choose how to build a new future.(Publisher summary)

YA classics (part one)