Cash Carter, the young, world-famous lead actor of the hit television show Wiz Kids, is a favorite of the tabloids and paparazzi, who take notice of his every move. When four fans jokingly invite him on a cross-country road trip, they are shocked when he actually accepts their invitation. Getting a taste of the spotlight, this unlikely crew takes off on a journey of narrow escapes from photographers, not-so-glamorous mishaps, and surprise turns. But along the way they discover that the star they love isn’t the picture-perfect person they’ve seen on TV. Cash Carter has secrets–big ones that no one else knows about–and they just might tear his image apart. (Publisher information)

First lines: It wasn’t WizCon unless someone was trampled. At least that was how the employees of the Santa Clara Convention centre saw it. The success of the annual event was never mentioned by the number of attendees (sold-out crowds were always a given) but by the number of injuries that enthusiastic crowd inflicted on one another.

Natalie Palladino was a normal fifteen-year-old, at a normal school, about to face a normal maths test. How her codename is Nomad, and she’s training to become a secret agent for HELIX. No one can know that sorcery exists. No one can know that HELIX protects humanity from the Inductors. And no one can know that Nomad is a Witness, with a dangerous magical gift. The Inductors are hunting her. If they find her, they will kill her. But there’s a traitor inside HELIX, and only a Witness can identify them. The problem is, Nomad hasn’t mastered her powers. She can’t levitate, fight or wield magic like her fellow recruits. If she’s the only hope to stop a sorcerous bomb being detonated, the world is in trouble. (Publisher information)

First lines: It began on the nineteenth of February, a scorching day at the tail end of the Aussie summer. The time of year when it’s about to fade into autumn, but the sun decides to give you one last whack across the face before it bails. 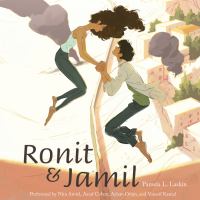 Ronit, an Israeli girl, lives on one side of the fence. Jamil, a Palestinian boy, lives on the other side. Only miles apart but separated by generations of conflict—much more than just the concrete blockade between them. Their fathers, however, work in a distrusting but mutually beneficial business arrangement, a relationship that brings Ronit and Jamil together. And lightning strikes. The kind of lightning that transcends barrier fences, war, and hatred. The teenage lovers fall desperately into the throes of forbidden love, one that would create an irreparable rift between their families if it were discovered. But a love this big can only be kept secret for so long. Ronit and Jamil must face the fateful choice to save their lives or their loves, as it may not be possible to save both. (Publisher information)

First lines: I go with him to work, my Abba
it’s summer
heat
a leech
an ulcer.

Jake Bastin can’t believe he’s been scouted for Olympic Advantage. It’s a dream come true to train with athletes who will go on to win gold medals. His dad has come along but promises to stay behind the scenes; this is Jake’s moment. But the sunny Florida camp is hiding a nasty secret. A German weightlifter is crushed by a barbell, painkillers are being issued illegally and many of the athletes are getting seriously aggressive. Jake is in the perfect position to report back to M16. It’s his first mission on his own. Popov will be watching…(Publisher information)

First lines: In the intense Florida sunshine and muggy air, Jake felt as if he was slowly suffocating. He checked his watch, the silver Rolex bringing a flashback of a face he’d rather forget. Igor Popov, the billionaire Russian crime lord, had given it to him as a sarcastic ‘thank you’ for Jake’s efforts in bringing down one of Popov’s enemies.