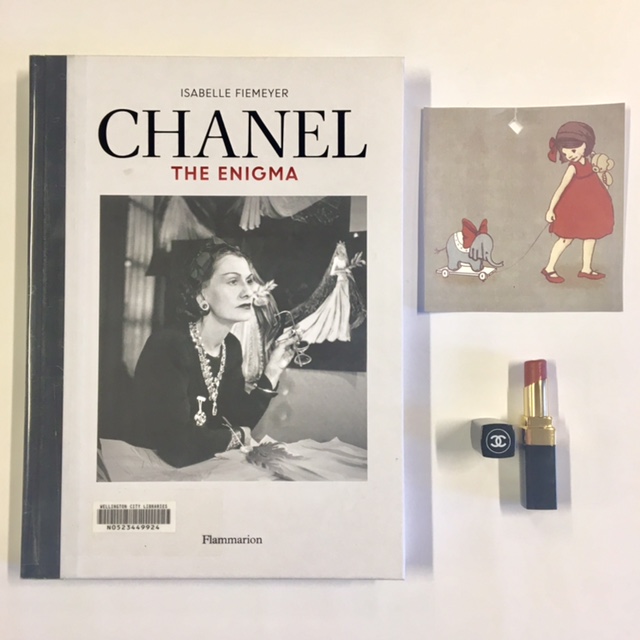 A new book on the illustrious Coco Chanel; j’adore.

Chanel : the enigma / Isabelle Fiemeyer ; translated from the French by Deke Dusinberre.
“Chanel expert Isabelle Fiemeyer unveils the mysteries that have surrounded the private and public figure by piecing together new research with accounts from Chanel’s intimate friends and relatives, artists, writers, photographers, directors, actors, scholars, and those who worked with her inside the House of Chanel.  Her life was marked by suffering that stemmed from affronts, an absent father, abandonment, and death, but also by vitally positive forces—her idealized childhood, collaborations with the world’s greatest artists, and her permanently hypnotic, albeit staged, presence. While the myth surrounding Chanel was extolled, perpetuated, and modulated by some, others twisted it, reviling and vilifying the designer, denouncing her as dispassionate and criticizing her for her poor relationship with her family, her mistakes, and her role during the war. Offering fresh revelations about Chanel’s life, this handsome volume includes photographs and previously unpublished material, as well as new documents from the wartime period.” – adapted from amazon.com

Halloween countdown: werewolves and zombies and vampires, oh my!