Leon and his younger sister, Grace, have recently moved to London from New York and are struggling to settle into their new school when rumours of an unidentified virus in Africa begin to fill the news. Within a week the virus hits London. The siblings witness people turning to liquid before their eyes, and they run for their lives. A month after touching Earth’s atmosphere the virus has assimilated the world’s biomass. But the virus isn’t their only enemy, and survival is just the first step. (Goodreads)

First lines: The girl was only ten. Her name was Camille. She was on her way to collect water from the drinking well, a large battered and dented tin jug dangling from each hand, when she spotted it just a few meters off the hard dirt track. A dead dog. Not an uncommon sight. Except the fact it was only half a dead dog.

When Michael meets Mina, they are at a rally for refugees – standing on opposite sides. Mina fled Afghanistan with her mother via a refugee camp, a leaky boat and a detention centre. Michael’s parents have founded a new political party called Aussie Values. They want to stop the boats. Mina wants to stop the hate. When Mina wins a scholarship to Michael’s private school, their lives crash together blindingly. (Goodreads)

First lines: I know two things for a fact. My parents are good people. And ever since I can remember, they’ve been angry about almost everything. I scan the area and see my dad, draped in the Australian flag, talking to Li Chee, who’s wearing a flag top hat and holding up a Turn Back the Boats banner. 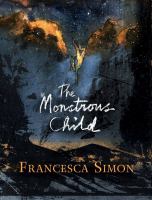 A stunning, operatic, epic drama, like no other. Meet Hel, an ordinary teenager – and goddess of the Underworld. Why is life so unfair? Hel tries to make the best of it, creating gleaming halls in her dark kingdom and welcoming the dead who she is forced to host for eternity. Until eternity itself is threatened. (Goodreads)

First lines: You’d think after my brother the snake was born, they’d have stopped at one. But no. Next was the wolf, Fenrir. And then me. How Mum must have hoped, when my top half slithered out, that it was third time lucky. A human head. Praise the Blood Mother.

One would think the deep, Claire Zorn

It’s 1997 and seventeen-year-old Sam is mourning the sudden loss of his mum…Sam has always had things going on in his head that no one else understands, even his mum. And now she’s dead, it’s worse than ever. With nothing but his skateboard and a few belongings in a garbage bag, Sam goes to live with the strangers his mum cut ties with seven years ago: Aunty Lorraine and his cousins Shane and Minty. Despite the suspicion and hostility emanating from their fibro shack, Sam reverts to his childhood habit of following Minty around and is soon surfing with Minty to cut through the static fuzz in his head. But as the days slowly meld into one another, and ghosts from the past reappear, Sam has to make the ultimate decision … will he sink or will he swim. (Goodreads)

First lines: Sam rang from the hospital. A social worker called Amanda gave him a dollar for the phone in the shop that sold teddy bears and balloons with the declarations of love. Sam plugged his ear with a finger to drown out the chaos in the corridor behind him. He didn’t know the voice of the guy who answered. He didn’t know any of them anymore.

The International Peace Ascent is the brainchild of billionaire Sebastian Plank: Recruit a global team of young climbers and film an inspiring, world-uniting documentary. The adventure begins when fifteen-year-old Peak Marcello and his mountaineer mother are helicoptered to a remote base camp in the Hindu Kush Mountains on the Afghanistan-Pakistan border. When the camp is attacked and his mother taken, Peak has no choice but to track down the perpetrators to try to save her. (Goodreads)

First lines: The snow leopard makes an impossible leap. Twelve feet. Maybe fifteen. Up the sheer rock face. Landing on a narrow shelf as if she is lighter than air. Her two cubs stand below, yowling for her to come back down.

Am I normal yet?, Holly Bourne

All Evie wants is to be normal. She’s almost off her meds and at a new college where no one knows her as the girl-who-went-crazy. She’s even going to parties and making friends. There’s only one thing left to tick off her list…But relationships are messy – especially relationships with teenage guys. They can make any girl feel like they’re going mad. And if Evie can’t even tell her new friends Amber and Lottie the truth about herself, how will she cope when she falls in love?

First lines: It started with a house party. This wasn’t just any house party. I was also My First Date. Like first EVER date. In my entire life. Because, finally, following all the crap that had gone down, I was ready for boys.

Seventeen-year-old conjoined twins Clara and Hailey have lived in the same small town their entire lives—no one stares at them anymore. But there are cracks in their quiet existence, and they’re slowly becoming more apparent. Clara and Hailey are at a crossroads. Clara wants to stay close to home, avoid all attention, and study the night sky. Hailey wants to travel the world, learn from great artists, and dance with mysterious boys. As high school graduation approaches, each twin must untangle her dreams from her sister’s, and figure out what it means to be her own person.

First lines: About four years ago, when I was thirteen and still prone to crying spells, my mother liked to show off her so-called wisdom by telling me that every teenage girl sometimes feels like a freak of nature.

While Lily is spacing out in Chemistry one day, she picks up her pencil and scribbles a line from one of her favorite songs on the desk. The next day, someone else has written back to her on the desk! Soon enough Lily and the mystery student are exchanging notes, and lyrics, and even sharing secrets. When Lily finds out that her anonymous pen pal is a guy, she’s flustered — and kind of feels like she’s falling for him. She and her best friend set out to unravel the identity of the letter writer — but when the truth is revealed, the guy is the LAST person Lily could have ever imagined it to be. Now that Lily knows the truth, can she untangle her feelings and gather the courage to listen to her heart?

First lines: A lightning strike. A shark attack. Winning the lottery. No I lined through all the words. Too cliché. I tapped my pen against my lips. Rare. What was rare? Meat, I thought with a small laugh. That would go really well in a song.