Here’s a small selection of upcoming YA fiction: some dystopian Sci Fi, a Greek mythology reworking, and an alternate history fantasy of a gangster given a second go at life.

Surfacing, Mark Magro. Featuring an A.I. character, which is cool. “After a nuclear war has ravaged the planet, children of the few survivors are sent to renowned scientist Dr. Parkman and his subterranean Parkman Institute of Science and Solutions. There, they learn, create, and test the latest technologies until they turn 18 and are sent back to the surface to help rebuild society. Sixteen-year-old students Balt and Zoe have begun to realize something is amiss when Zoe is given a glimpse of an entirely different reality during a freak accident, one completely foreign to what Parkman has always described to his students. With the help of Balt and his midterm robotics project, the talkative head of an A.I. called Smith, the three devise a plan to escape the institute and travel through the ruins of the old labs to get to the surface. As they draw closer to their destination, they begin to see that their biggest threat might be each other. The old lab is full of secrets, and some answers are perhaps better left buried.” (goodreads.com)

Arrows, Melissa Gorzelanczyk. “A modern cupid story set in present-day Wisconsin combining the fantastical elements of Greek mythology with the contemporary drama of MTV’s Teen Mom,” is the summary (goodreads.com). A story about Cupid’s son (Aaryn) basically having an incompetent time with one of his arrows (he was supposed to shoot the guy as well as the girl) should be a sort of comedy, but this book looks at some serious themes like teen pregnancy, responsibility, hopes for the future.

At the Edge of Empire, Daniel Kraus. Volume 1 in The Death and Life of Zebulon Finch. “May 7, 1896. Dusk. A swaggering seventeen-year-old gangster named Zebulon Finch is gunned down on the shores of Lake Michigan. But after mere minutes in the void, he is mysteriously resurrected. His second life will be nothing like his first. Zebulon’s new existence begins as a sideshow attraction in a traveling medicine show. From there, he will be poked and prodded by a scientist obsessed with mastering the secrets of death. He will fight in the trenches of World War I. He will run from his nightmares – and from poverty – in Depression-era New York City. And he will become the companion of the most beautiful woman in Hollywood. Love, hate, hope, and horror – Zebulon finds them. But will he ever find redemption?” (goodreads.com)

Rolling on from last week, here are some interesting books due to be published this May.

A Court of Mist and Fury, Sarah J. Maas. This is the sequel to A Court of Thorns and Roses by the author of the Throne of Glass series (who is super busy since the next one of those is also due out a bit later in the year!). “Feyre survived Amarantha’s clutches to return to the Spring Court – but at a steep cost. Though she now has the powers of the High Fae, her heart remains human, and it can’t forget the terrible deeds she performed to save Tamlin’s people. Nor has Feyre forgotten her bargain with Rhysand, High Lord of the feared Night Court. As Feyre navigates its dark web of politics, passion, and dazzling power, a greater evil looms – and she might be key to stopping it. But only if she can harness her harrowing gifts, heal her fractured soul, and decide how she wishes to shape her future – and the future of a world cleaved in two” (goodreads.com)

The Crown, Kiera Cass. This is the next in the crazy popular Selection series. “Twenty years have passed since the events of The One, and America and Maxon’s daughter is the first princess to hold a Selection of her own. Princess Eadlyn didn’t think she would find a real partner among the Selection’s thirty-five suitors, let alone true love. But sometimes the heart has a way of surprising you… and now Eadlyn must make a choice that feels more difficult – and more important – than she ever expected” (goodreads.com)

The Rose & the Dagger, Renée Ahdieh. The sequel to The Wrath & the Dawn. “In a land on the brink of war, Shahrzad has been torn from the love of her husband Khalid, the Caliph of Khorasan. She once believed him a monster, but his secrets revealed a man tormented by guilt and a powerful curse – one that might keep them apart forever. Reunited with her family, who have taken refuge with enemies of Khalid, and Tariq, her childhood sweetheart, she should be happy. But Tariq now commands forces set on destroying Khalid’s empire. Shahrzad is almost a prisoner caught between loyalties to people she loves. But she refuses to be a pawn and devises a plan. While her father, Jahandar, continues to play with magical forces he doesn’t yet understand, Shahrzad tries to uncover powers that may lie dormant within her. With the help of a tattered old carpet and a tempestuous but sage young man, Shahrzad will attempt to break the curse and reunite with her one true love” (goodreads.com)

The Unexpected Everything, Morgan Matson. “Andie had it all planned out. When you are a politician’s daughter who’s pretty much raised yourself, you learn everything can be planned or spun, or both. Especially your future. Important internship? Check. Amazing friends? Check. Guys? Check (as long as we’re talking no more than three weeks). But that was before the scandal. Before having to be in the same house with her dad. Before walking an insane number of dogs. That was before Clark and those few months that might change her whole life. Because here’s the thing – if everything’s planned out, you can never find the unexpected. And where’s the fun in that?” (goodreads.com).

So recently we looked at what’s being published in March; here’s April, with an interesting selection (May next week is a bit wow).

The Glittering Court, Richelle Mead. This is a new series by the author of the Vampire Academy and Bloodlines books. The Glittering Court is described as “A dazzling new fantasy series set in a mix of Elizabethan and frontier worlds that’s dripping with romance” (goodreads.com). Adelaide, a countess, poses as her servant in order to escape an arranged marriage. In order to start a new life in the New World she must join the Glittering Court, a place where underprivileged girls go to be transformed into potential upper-class elite (Adelaide should therefore ace this).

Lady Renegades, Rachel Hawkins. The third book in the Rebel Belle series, by the author of the popular Hex Hall series. “Just as Harper Price starts coming to terms with her role as David Stark’s battle-ready Paladin, protector, and girlfriend, her world goes crazy all over again. Overwhelmed by his Oracle powers, David flees Pine Grove and starts turning teenaged girls into Paladins – and these young ladies seem to think that Harper is the enemy David needs protecting from. Ordinarily, Harper would be able to fight off any Paladin who comes her way, but her powers have been dwindling since David left town, which means her life is on the line yet again. Now, it’s a desperate race for Harper to find and rescue David before she backslides from superhero to your garden-variety type – A belle” (goodreads.com).

The Mirror King, Jodi Meadows. The sequel to The Orphan Queen. “Though she’s ready for her crown, declaring herself queen means war. Caught between what she wants and what is right, Wilhelmina realizes the throne might not even matter. Everyone thought the wraith was years off, but already it’s destroying Indigo Kingdom villages. If she can’t protect both kingdoms, soon there won’t be a land to rule” (goodreads.com). 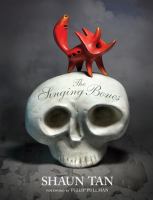 This year’s been a great year for graphic novels and horror, among other things. Here are my top ten picks for the best reads of 2015.