Reading ghost stories at Christmas was a bit of a tradition in Victorian England. As a lover of all things horror I am keen to see this revived; there’s nothing like sitting down with a chilling tale, although I must admit reading ghost stories in the middle of an English winter is very different to reading them in the height of Summer! Be warned: these are not for those of a delicate constitution.

The time of the ghost, Diana Wynne Jones

Ghost stories told from the perspective of the ghost themselves aren’t a rare trope in supernatural fiction, but this book is a cut above the rest. The ghost doesn’t know who she is; she suspects that she is one of four sisters and that she has travelled back in time to prevent something terrible from happening. Something that stems from a not-so-innocent game that the girls play. It also deals with a degree of real-life horror: the girls are actively neglected by their own parents, and their futures seem grim if the evil force cannot be quieted. It’s a subtle, creepy book, rather different from the author’s usual work. I read it again, recently, and found it as disturbing as it was when I read it as a teenager. 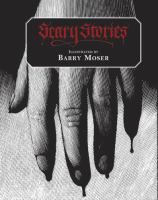 This is a group of creepy stories from some of the greats of horror literature: Stephen King, Bram Stoker, Edgar Allan Poe and H.P Lovecraft. There are also some more obscure writers, but each story is excellent and a worthy introduction to each writers’ work. What lifts this above other collections is the haunting illustrations by Barry Moser. They’re simple, black and white drawings that chillingly depict some faucet of the story.

This book is based off The Turn of the Screw, a novella written in 1898 by Henry James. Like the original, the narrator is sent to a strange house to look after some children. It’s been updated, however: the narrator is now male, a teenager and the story has a contemporary setting. I don’t want to give too much away, but the book asks interesting questions about just how reliable the narrator is – is he actually seeing ghosts, or are they something more sinister from something deep within his own mind? Read this and then read the original, which is here.

On the day I died, Candace Fleming

Mike Kowalski decides to pick up a strange girl on his way home, only for her to take him to a nearby cemetery. He is greeted by nine teenage ghosts, each with their own story to tell. This book is haunting not just because of the poignant, strange or downright terrifying tales of each of the ghosts, but the fact that many are based on real incidents from Chicago’s history – the setting for this story and almost a character in its own right. 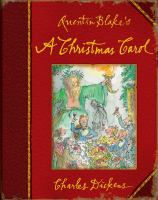 I couldn’t go past the one that started it all, of course! A Christmas Carol was published in 1843, and has undergone many productions and reinterpretations since then. My favourite film version is The Muppet Christmas Carol, and my favourite book is the one pictured here: sure, Quentin Blake isn’t the scariest of artists, but his art’s gorgeous and suits the story very well. You’re never too old to enjoy a story well told, I think!