The fabulous heroines of graphic novels

One trope that often appeared in the comic books of the last couple of decades was the “woman in refrigerator.” This was started when a Green Lantern came home to discover his girlfriend killed and stuck into a refrigerator. It has come to describe “the use of the death or injury of a female comic book character as a plot device in a story starring a male comic book character. It is also used to note the disempowerment or elimination of a female comic book character within a comic book universe.” Thanks to Wikipedia for the succinct description 🙂 Luckily, this trope is on the way out. Now there are plenty of interesting female protagonists –both superhero and not- who take centre stage in graphic novels. Here are Nicola’s picks for the best heroines in our YA graphic novel collection:

This book is co-authored by the awesome Felicia Day. Joss Whedon fans will know her from Dr. Horrible’s Sing-along-blog. Of course, it deals with the nerdiest of nerdy subjects; playing an online game very similar to World of Warcraft. For those who find them mystifying, this is a nice introduction into why they’re so popular. But that’s not the only thing this book has going for it. Cyd Sherman, the protagonist, is feeling adrift in a boring job and an oblivious boyfriend. So she starts playing, and meets a whole bunch of people online. It’s a nice take on modern friendship and the sometimes necessary escape into fantasy. (What do you think reading is, after all?) Of course, not of all the action takes place in the game world. Cyd has some very painful but funny lessons to learn about self worth and consequences. This book also ties into an awesome web series of the same name.

So, we all know the story of Rapunzel, right? An evil witch, a tower, and “Rapunzel, Rapunzel, let down your hair.” Well, this Rapunzel doesn’t need any handsome prince to save her; she’s tough, resourceful and determined to get revenge on the witch who stole her from her real mother all those years ago. The re-imagining of the old story is great; high fantasy mixes with Western to make this possibly one of the best altered fairy tale books we have.

The Girl Who Owned a City

Post-apocalypse stories are really popular at the moment. This one sees the adults of the world all dead after a mysterious illness, and the kids left to defend for themselves. What makes this book different to the majority of post-apocalypse stories is that the enemy is not “the other”; so not zombies, or an evil government, or aliens, or cannibals. The biggest enemy of the survivors is themselves. This is what Lisa Nelson finds as she struggles to keep the kids around her fed and safe from groups of marauding gangs made up of children the same age as her. Lisa is forced into a leadership role, and she has to make tough decisions while keeping true to the principles of fairness and unity that she believes will save her city.

Serenity Rose is quickly discovering that being one of the few witches in the world is not all its cracked up to be; her powers, which she barely understands and sometimes struggles to control, threaten everyone around her. Serenity Rose is a case study for the axiom that interesting female protagonists don’t have to be ‘strong’ in the traditional sense. Sure, she’s powerful but the main conflict point in this book is her inability to cope with this strength. This book also casts a rather skeptical look at the ‘glamorous outsider’ trope; the main character would quite happily give up her powers and fame for a more normal life. The art’s pretty noteworthy too; it’s redolent of A Nightmare Before Christmas with its limited colour palette and scratchy, elongated figures, as well as its Goth inspired aesthetic.

DC has always been pretty good with creating awesome female superheroes; Wonder Woman appeared in 1941! Batgirl appears a little later in 1967, which is still pretty respectable! The mantle of Batgirl has been taken up by a few different women in the 46 years since then, but Barbara Gordon is the most well known. This book is a modern take on what Barbara’s first year as Batgirl would have been like. Not only does she have to face off against dangerous villains, she has to deal with Batman himself, who is none too pleased at someone he sees as an interloper.

Jane struggles when she moves with her family into suburbia. She feels out of place, ignoring the overtures of the popular girls and not quite fitting in with the outcasts, all of whom are called Jane. She’s also recovering from a fairly traumatic incident which precipitated the move in the first place. But Jane loves art, and Jane has a plan, and soon she and her friends are going to change the neighbourhood for ever. It’s nice to find a graphic novel that acknowledges that while and high school are hard, it’s not completely depressing. 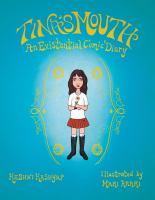 Tina goes to a prestigious Californian High School, has hardly any friends, and is obsessed with Jean Paul Satre. When her best friend ditches her, she is forced to re-evaluate her life and her relationships. Her close-knit Indian family keep her anchored as she tries to work out where she fits in and more importantly, if that’s what she really wants. It’s nice to find a story about an Indian character who’s not struggling with her cultural identity; it plays a major role in the story, but it doesn’t define her problems. It also has some really fascinating philosophical points to make about growing up.

This isn’t an entirely new topic for us. We’ve talked about some kick ass heroines who aren’t superheroes here, and one who is a superhero here. If you want more of Nicola’s recommendations then check out this post.

Fashion in the Capital