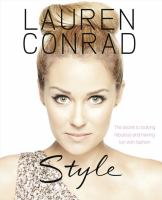 Judging by the popularity of Lauren’s style guide, it seems you guys still love her. But what’s not to love?  LC’s polished good looks define classic, young Hollywood style – and this book shows she left The Hills unscathed by the tackiness of Speidi. 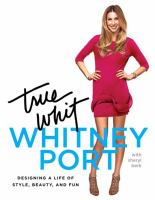 True Whit : designing a life of style, beauty, and fun – Do you still love Whitney Port? More low-key than LC, she was my favourite on The Hills. And despite the mediocracy of  Whitney’s show The City she did become a bit of a style icon (love to hate that fab Olivia Palermo too). Whitney’s book is due out soon so reserve it now!

Lo Bosworth, Lauren’s pal, has also written a book. It’s a relationship guide, filled with Lo’s sensible advice and you can find it here.

(The library has series one, two, and three of The Hills in the YA section)

It seems that MTV now thinks Lauren herself is a bit of a ‘not’ and have cancelled the new reality show she was filming. The show was to follow Lauren as she developed her new clothing line Paper Crown and was to be filmed documentary-style, similar to The September Issue. You can read all about it here.

Do not despair!  LC has also made this fantastic little clip all about fashion NOTs, perfect for Fashion Friday!  Watch it – it’s hilarious.