The Phoenix Foundation, in the library, in person

Event alert! We’ve got another group of musos for NZ Music Month!

Samuel Scott and Luke Buda from The Phoenix Foundation will be at the Wellington Central Library on May 28th at 4.30pm. They’re taking a break from their national tour to visit and give you guys a chance to get up close and personal and ask them about whatever you want to know (like music and stuff).

The Phoenix Foundation did the theme song for that cool NZ Movie Eagle Vs. Shark! Here’s some of their work.

No bookings are required at this free event. Put it in your diaries!

Yes, as the title would imply there are three new CDs ready to be issued and enjoyed.

Australia’s Ben Lee and The Rebirth Of Venus has arrived. You might remember his hit We’re All In This Together from a few years ago, and this is more of the same acoustic guitar driven pop.

Lady Sovereign has a new one called Jigsaw. More of the UK rap from a female perspective, only this time a little bit more electro influenced.

And finally, Grammy Nominees 2009. Which unsurprisingly includes tracks by artists who were nominated for the most recent Grammy awards. Includes Maroon 5, Katy Perry, The Jonas Brothers and more…

Free Realms, the mostly free MMO from Sony, opens today (the website is currently under maintenance in preparation). It’s a game for all ages, and is laden with minigames, pets, PvP, cardgames, and all that. People who have played it seem to love it and find plenty of things to do.

Check out the trailer for it below:

Similarly, take a gander at Wizard101, another MMO for all ages.

… And we need your help!

If you could ask musicians some questions about their job, what would you want to know?

Post your awesome questions in the comment section below. We’re going to find some musos to quiz, so we need to know what to ask them. 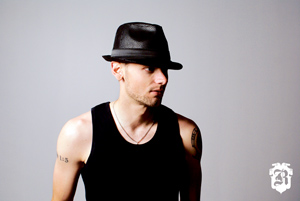 We’ve got some really cool stuff planned for NZMM. First up is a talk by Brad Dring of Rapture Ruckus (pictured) on May 8, 4.30pm at the Central Library. It’s a FREE chance to get up close to a muso who has played all over the world. Check out his website, and also this previous post with a (very catchy) clip from a concert. 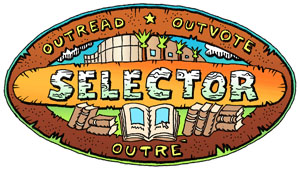 What I’ve been reading lately

Due to a case of the winter snufflies, and a current lack of Twilight Saga books, I found myself at home finishing off a couple of books that you may (or may not) want to hear about.

This is a bit of a Sci-Fi adventure that will leave you guessing until the last chapter. If you’re a fan of Dr Who and other time-travel stuff then you’ll like this book.

Laura is a 14 year old girl living in Liverpool, England, in October 1962. As the Cuban missle crisis is unfolding before her eyes, weird people start messing with Laura’s life; people that know a little too much about her and seem to all want something from her. Who these people are, and the decisions Laura has to make, will have consequences across the world. Laura’s future is just as uncertain as the rest of the world’s…

Heroes of the Valley by Jonathan Stroud

From the author of the Bartimous Trilogy. Halli Sveinsson dreams of being the hero of his valley but, while he has the courage and noble heart of a hero, he lacks the stature and good looks of a hero – being stumpy, squat and having the face of a toad.

Up on the hills surrounding his village are the burial cairns of his ancestors. The legend says that a terrible creature, called a Trow, lives underground beyond the cairn wall which emerges at night to kill anything that strays past the cairns onto their land. Halli dreams of testing the Trows, but the days of fighting are over and the swords are melted down…

Bored and frustrated, Halli pulls some pranks that ignite an old feud between villages, which sets Halli out on a quest of his own and discovers the true, and terrifying, nature of the trows and the old cairn line.

This is an exciting tale of adventure and mischief; you won’t be able to help liking this unlikely Hero!

The book with the cool, long title, Flora’s Dare: How a Girl of Spirit Gambles All to Expand Her Vocabulary, Confront a Bouncing Boy Terror, and Try to Save Califa from a Shaky Doom (Despite Being Confined to Her Room) by Ysabeau S. Wilce, has been acknowledged at the annual Nebula Awards, being given the Andre Norton Award for Young Adult Science Fiction and Fantasy (a suitably long award title).

Flora fans will be chuffed to hear this. If you’re a Flora fan and you feel so moved, you can send us a review. We’re curious to hear about the books (the other is Flora Segunda, being the magickal mishaps of a girl of spirit, her glass-gazing sidekick, two ominous butlers (one blue), a house with eleven thousand rooms, and a red dog).

And another week bites the dust

That was all. TTFN.

Here’s some games for the weekend, before school starts again.

Gemcraft Chapter 0 – Haven’t played it, to be honest.
Bridgecraft – Build bridges (using physics) to help cute little jelly alien things not drown.
Scarygirl – This is really, REALLY cool.
Capeoira Fighter 3 – a fighting game, where you can play against the computer, or against other people.
Deepleap – Make words from the letters for points, and before the timer. Like Scrabble + Tetris + Space Invaders.
Hex Empire – a realtime strategy game, sort of like Empire or Risk. I’m a bit useless at it.
Don’t Look Back – this has the most basic graphics, but don’t be put off – the gameplay is madly addictive.
Viking Defense – You’re a viking! Yay!
Hands of War – Old-school RPG.