Happy Chinese New Year – Gung Hay Fat Choy! (which means “may prosperity be with you” in Cantonese.  You knew that, of course!).

Welcome to the year of the Ox, Ji Chou.  Yes, I know l’m lagging behind a bit.  But unlike our New Year – which is celebrated over 2 or 3 days – the Chinese celebrate Chinese New Year (or Spring festival) over a 15 day period.   China’s calendar is lunisolar, which means that Chinese New Year can fall from anywhere between 20 of January and 21 February.   This year, Chinese New Year ends Tuesday 10 February.  So I’m not that late, really.

Sample the tastes, sounds and sights of the Pacific this Saturday at Nui FM’s Positively Pasifika festival.  Food, stuff to buy, and entertainment – it’s all go 9.30am-5.00pm, Waitangi Park.

‘I am a rock, I am an island,’ sang Simon or was it Garfunkle in the 1970s. This is true of many literary characters (and writers) too. It’s an attractive ready-made plot: loner meets world; conflict ensues, or outsider rubs up against society; conflict ensues and outsider learns to fit in/society learns to accept outsider. It’s difficult to write a story about a character who is truly alone (and maintain interest, at any rate); even Robinson Crusoe ended up with Man Friday, and Tom Hanks gets rescued in Castaway (by people).

Coraline author Neil Gaiman’s latest award-winning book, The Graveyard Book, is also going to be made into a film.  Watch an interview about it!

Here’s the trailer for Coraline – check for buttons.

Hello again. Here is this week’s (and last week’s) shipment of new books. Hopefully some will interest you!

Sam Stern’s Student Cookbook, by Sam Stern and Susan Stern (266 pages) – This is young Sam’s fourth cookbook. His first few books were written for teens who wanted to cook food that wasn’t too challenging, but not too basic as well. This book is for teens and students have have left home and need to fend for themselves, and who don’t want to eat spag bol every night for three years, like I did.

Runescape : The Official Handbook (110 pages) – Runescape is a free online adventure game that boasts more players than World of Warcraft. Which is pretty impressive, although it is free and you don’t need to buy a game to play it. This book has maps, guides, and all that kind of thing to help both new players and old players.

The Book of Big Excuses, by Tracey Turner (156 pages) – This non-fiction book looks at famous and funny excuses for lateness, accidents, mistakes, and bad behaviour. It also suggests excuses that the reader may want to utilise should the occasion present itself. (There aren’t any that might explain an overdue library book, unfortunately.)

Somebody’s Crying, by Maureen McCarthy (371 pages) – Three years ago Alice’s mother was murdered, and the killer was never found. Alice, her cousin and his friend, are drawn together by mystery – but what are they hiding?

First sentence: ‘Hearing his voice after so long was weird to say the least.‘

First sentence: ‘The boy with all the dreadlocks had two lines of business: cars and the patio trade.‘

In Too Deep : An Elite Novel, by Jennifer Banash (246 pages) – This is the second book in a series about a group of affluent teens living in New York’s Upper East Side. (The Upper East Side is a borough in Manhattan.) There is a website for the series.

First sentence: ‘Madison Macallister straightened the silken sleeve of her floral-patterned black and crimson wrap dress, and stabbed her fork into the desiccated remains of her smoked salmon salad, bringing a mouthful of baby greens up to her matte ruby-red lips.‘

Stolen Car, by Patrick Jones (229 pages) – Danielle lives in a trailer park with her clueless mother. She meets up with Reid, whose life seems to revolved around fast cars, parties, and his sleazy friends. Danielle’s best friend Ashley is determined to rescue her from this increasingly out-of-control life …

Spanking Shakespeare, by Jake Wizner (287 pages) – Shakespeare Shapiro hopes that his writing project – a memoir – will bring him ‘respect, admiration, and a girlfriend … or at least a prom date.’ He hates his name, his family is eccentric, and he’s pretty socially inept. Very funny, according to reviews.

First sentence: ‘It’s hard to imagine what my parents were thinking when they decided to name me Shakespeare.‘

The Fledging of Az Gabrielson : The Clouded World Book 1, by Jay Amory (347 pages) – Az is one of the Airborn, a race with wings who live high above the ground. Az, alas, has no wings and so can’t fly. He’s asked to go beneath the clouds to see what’s happening with the lifts that are supposed to carry the goods the Airborn need to survive, and which have been failing.

First sentence:’The airbus touched down outside the Museum of Arts, Sciences and History and opened its door to let out thirty students from High Haven senior school.‘

FOUR NEW THINGS TO PUT IN A DVD PLAYER

We have four new DVDs to issue, watch and enjoy. Here they are …

First up is Speed Racer, which is about a young man who races speedily. Based on the catroon of the same name (remember that? It had a top theme tune) Speed Racer is a high-octane, turbo-charged joyride. It really revs my engine, ok, I’ll stop with the punning.

Angus, Thongs and Perfect Snogging is based on the books by Louise Rennison and is directed by Gurinder Chadha, who also did Bend It Like Beckham. File under coming-of-age chick flick comedy.

In Hellboy II: Golden Army our hero is once again charged with saving the world by shooting, punching, looking tough etc. Will he and his band of misfits save the day? Probably until the next sequel at least.

Lastly we have a new David Attenborough doco titled The First Eden. It examines the Mediterranean in the pleasing style we have come to expect from David and the BBC. <3 Edutainment <3 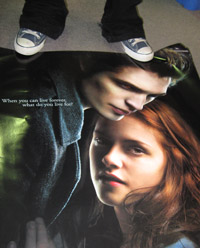 We have two large, large Twilight film posters to give away. So we thought we’d have a small competition; write a review – a short paragraph of about 50 words – of the Twilight film in the comments below and we will randomly draw two winners by 5pm on Thursday next week (i.e., the 5th of February). Don’t forget to include your email address and full name! (We won’t publish either, of course.)

Also, you need to be a Wellington library Young Adult cardholder.

Keep your eyes peeled for more details. (I mean read this blog.)

Another CD just came down from Cataloguing, conveniently too late for the last new music post. So here he is, all by himself, Robin Thicke with Something Else. Did you know that his father Alan Thicke was on the sitcom Growing Pains? Let’s hope this album doesn’t cause any listening pains. Aren’t I funny? In other Thicke trivia, did you also know he won a Grammy for his work on Usher’s Confessions? 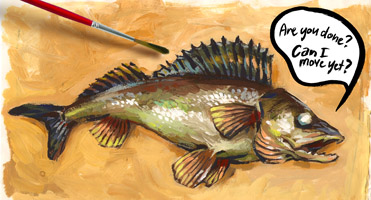 If you’re a young artist and would like to display your work – paintings, drawings, photographs, daguerreotype, etchings, and so on – in the Central Library, send us an email. We have created some display space in the young adult area, and it’s only for teens; we want the place to feel like it’s yours. Which it is, in a way, given how rates work.