Lunchtime at the zoo, by Paula Slack ; illustrations by Dean Proudfoot

It was interesting and fun and I like reading so much.

I give this book 4 stars because it is telling us about that everyone has a different likes and dislikes not everyone likes the same things because some people might like it or some people do not like it,It depends on the things that they chose and you always do not need to copy your friend or anyone else just think about it by yourself .

That’s Not a Hippopotamus by Juliette Macliver is about a class that gone to the zoo and are looking for a hippopotamus. They look everywhere but one little boy has been trying to tell the teacher that he can see it. I found it a nice childrens’ story . I would recommend this to anyone 3 plus.

Lulu Bell and the tiger cub, by Belinda Murrell

I really enjoyed reading this book I hope I can read some more Lulu bell books.I like this book especially because I love animals and this book was filled with those furry creatures and cute tiger cubs.

Reviewed by Nora from Tawa and , 7 years old

The great expanding guinea pig & Beware of the Snowblobs!, by Karen McCombie

I think You,me and thing is a really interesting book.The characters are all very unique and different but they make the story awesome.I recommend this book for kids to read themselves or have it read to them and I recommend it for ages 7+.It was funny and interesting and my favourite character is Thing which you can meet if you read the book.

It’s down a matter of days before the latest movie, Trolls  from DreamWorks Animation is released. Any believe it or not, there are special screenings of the movie coming up in Wellington on Sunday 13th of November at local theatres. Might pay to check what time they are on and where. But nonetheless, the DreamWorks theme continues with this post that pays tribute to the Madagascar franchise! Check out all the movies!

The movie that started the franchise and the “I like to move it, move it” catch phrase! Spoiled by their upbringing with no idea what wild life is really like, Alex the lion, Marty the zebra, Melman the giraffe, and Gloria the hippopotamus from New York Central Zoo find themselves on route to Madagascar.

Follow Central Park Zoo animals, including, Alex the Lion, Marty the Zebra, Melman the Giraffe and Gloria the Hippo, along with the delusional King Julien, psychotic penguins, the monkeys, and the lemur leaders as they unexpectedly are now stranded in the middle of Africa in Survivor/Castaway style, while having to deal with the locals – some good, some not so good, and human castaways adapting into Survivor mode . While Alex, (Reuniting with Mum and Dad), Marty, (putting his potential to full use) Melman, (finding multiple kindred spirits) and Gloria (finding a potential life mate) are rather happy with their new environment, they quickly realize that it’s not all that it seems. Meanwhile, the penguins attempt to repair the plane that they accidentally destroyed and find themselves having to deal with a few problems all the way, mainly union strikes with the monkeys. Overall a pretty funny movie from start to finish!

Check out the trailer here. Barrel of laughs all the way!

“Goodbye cruel world, I’m off to join the circus.” Such as the case with Alex, Marty, Melman and Gloria and the whole crew, as they run off to join the circus to escape Captain Dubois of Animal Control also known as “the fickle woman who turned their whole world upside down.” A barrel of laughs all the way!

The penguins of Madagascar. Operation: Antarctica.

The delightful and quirky penguins finally get their own staring role in the delightful  spinoff: The penguins of Madagascar. The penguins embark on their own covert missions in the heart of Antarctic and watch as the wacky Penguins discover it takes a lot more than cute and cuddly to pull off their coolest caper yet!

Looking for some new non-fiction reads? Expand your brain with these 5 new titles that are just hitting your library shelves. There’s animals, history and bad guys in the mix – something for everyone!

Descend into the vast, hidden depths of earth’s oceans and discover an amazing world in this stunning visual encyclopaedia. 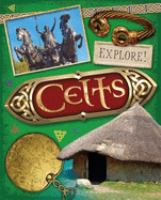 The Celts were fearsome warriors, but they also developed trade routes across Europe and made beautiful jewellery. Find out about Celtic tribes, how Boudicca rebelled against the Romans, and how the Celts celebrated with feasts and festivals. 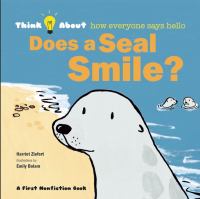 Does a seal smile?

Does a Seal Smile? explores the meanings of body and facial expressions in wild animals and people. A funny, kid-like question (“Does a coyote smile?”) is shown with a realistic scenario (coyote howling), and thoughts/facts about how animals express themselves.

Prepare for something… horrible. New to the Horrible Histories series, this book will introduce you to 50 of the most vilest villains imaginable. From gangs of gangsters to maniacs who massacre, come face to face with the biggest baddies in history.

Arts and craft, and the ability to create your own personal zoo. Zoo Animals, makes all this possible. This book shows you how to craft all kinds of zoo creatures and has bucket loads of extraordinary facts about them as well.

Pit of vipers, by Carolyn Keene

Nancy Drew is on the case. Charlie, the tow truck guy, has been lurking around the River Hights zoo, and has stolen a fer-de-lance, the police found it in his apartment. He is not guilty or is he?

Keza the Chimpanzee, who lives at Wellington Zoo, has given birth to a baby Chimpanzee. The zoo keepers aren’t sure of the baby’s gender yet, so it hasn’t been named. Mum Keza will carry her baby around for the next few months until they are able to get around on their own. Chimpanzees grow at around the same rate as humans, so you’ll be able to see the little baby grow and learn over the next few years.

Before you visit the Wellington Zoo to see the baby, you might like to read up all about Chimps: 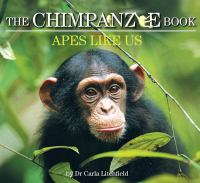 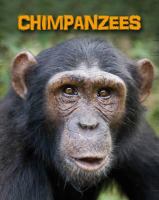