Did you know that dragonflies have been around for 300 million years or that our native snail, the Powelliphanta, can live for up to 20 years? What do you know about bugs and other creepy crawlies? Love them or hate them bugs are fascinating! In fact at Wellington Libraries we think Bugs are so awesome we put beehives on the roof of Central Library.

These school holidays we are going to be worming our way into the World of bugs, through games, fun facts, microscopes and crafts. So fly down to your local library and join in with some of the fun, free activities we have on offer, during the April school holidays.

These free events are for children aged 6+

Tawa Library had a large number of budding musicians at their holiday activity this week.

There were strings galore, double bass, violin, banjo and then the ukuleles’ came out. A big thank you to Rich and Daryl who led the way teaching us musical cords so we were able to join in together to became part of the great Tawa Library Orchestra.

Our musicians started at 3 years of age and went all the way up to 93 years.

Check out the other cool free holidays activities at the Children’s Events webpage. 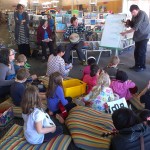 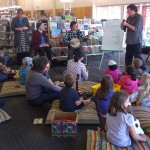 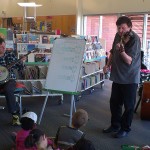 Hey guys – make sure you come along to Tawa Library on Wednesday 24th July at 2pm for our great Matariki school holiday programme. We are going to hear some awesome Maori stories and enjoy lots of games and activities.

Make a poi or a porotiti – do you know what that is? Well come along and find out.

We will learn how to play stick games and we will also have a fishing game with a difference.

We look forward to seeing you there.

During the school holidays Tawa library had a visit from a very ancient creature. Spike the tuatara came to visit the library and all the children and even the parents were lucky enough to touch this amazing animal.

Sue Keall from Victoria University did a wonderful talk on the the life cycle of the tuatara and talked about how we can help save this incredible animal. She then brought Spike out of his box and took him around so everyone could see him up close and touch his very soft skin. Spike was a champion – although he did get a bit wiggly at times. We loved having him visit. 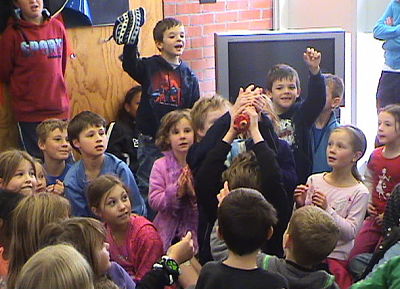 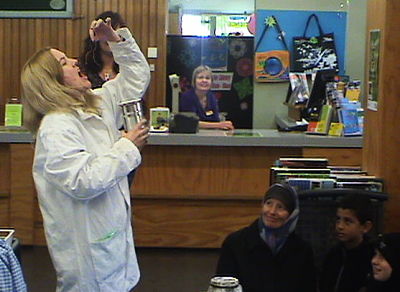 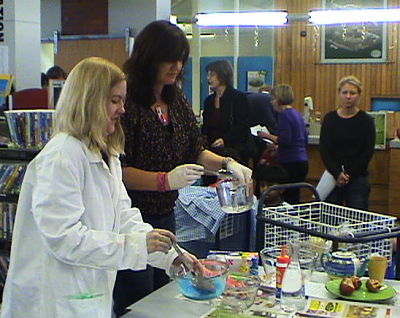 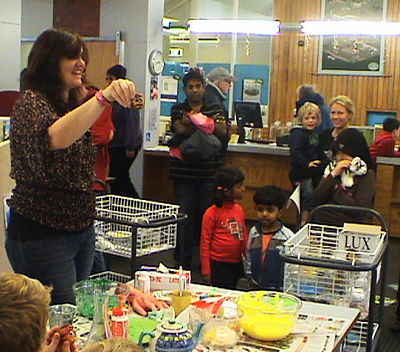 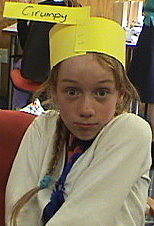 We had loads of fun talking about books and playing games. 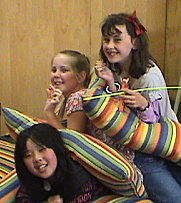 There was balloon volleyball, a race to blow ping-pong balls across the floor using enormous straws, and guessing which character from a fairytale you had on your head.

Then there was food and drink, and mystery prizes to celebrate the end of the year. 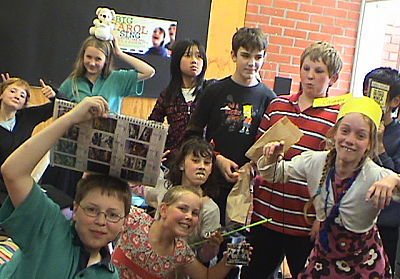 Mervyn Kemp (Tawa) Library are hosting a special te reo Maori storytelling session this week! Perfect for 2-6 year olds and their caregivers. Come along to listen to actor and storyteller Toa Waaka weave stories and legends in Maori and English. A perfect opportunity to learn and experience te reo Maori through stories – all are welcome!

The Summer Reading Adventure begins soon -- keep an eye out here for more information on how to register.

While you're waiting for the Summer Reading Adventure, you can still read and review books over at Kids' Club. We'd love to hear what you're reading! No registration needed, start now.