Got a problem with Ghosts?

Then we can help!

Specialists in the business with over 150 years’ experience, we can fix all your paranormal problems.

No job is too big, too small or too scary – same day service and no nasty chemicals!

In the Haunted School, Angeline and Edgar have to go to their Senior School Sleepover, but Angeline is dreading having to talk to the other kids.

The night goes wrong when a ghost appears in the dormitory where they are camped out. Their classmates are terrified – and Principal Primm is not happy!

With the aid of Ghost Club, Angeline and Edgar must find out who the ghost is so they can help her. But first they have to convince their principal that kids can be ghost-catchers too, and they have to avoid Travis the bully, who is spying on them – causing trouble wherever they go.

We’ve got a cool new series of books called the Paranormal Files, for all you ghost hunters and alien watchers out there. While there are plenty of reasons to be skeptical about such things, these books are a fun read. They contain many interesting stories from all over the world, like the terrifying story of the Kuchisake-onna, a Japanese ghost who you wouldn’t like to meet on a dark night! You might think you have read all you need to know about such things as stories are often repeated across different books. Any ghost enthusiast will be able to tell you about Borley Rectory or Glamis castle, but this book has a whole load of new stories that will send a shiver up your spine…or convince you to go looking for ghosts yourself.

The other books in the series are interesting, too. For cryptozoologists (people interested in animals whose existence has not been confirmed by science)  there’s a cool book on Bigfoot and other Ape-men. Sadly it doesn’t mention New Zealand’s own Moehau man, but there are stories from almost every other continent.

If you’ve got an interest in the remains of the past, check this series out. They’re a good introduction to Paleontology (the study of fossils ) with some great pictures and information about where fossils are found, how the paleontologists find out how old they are,  and what they show about the creatures and people of the past. 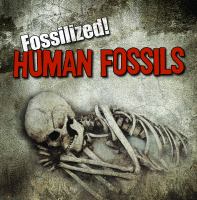 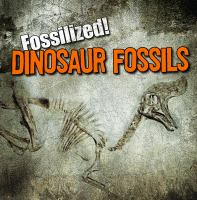 After reading those books you may need  some light relief. Or you may want to make your own stories about all the things you’ve found out.  In that case, the “Draw 50” books are great. As the title suggests, there are 50 things in here that the book will teach you to draw.  The instructions are a lot more detailed than a lot of ‘how to draw’ art books; you start out with simple lines and then add detail on top of that. That’s pretty cool, as it helps you create a drawing with the correct proportions. There are many books in the series, so have a look through the catalogue. 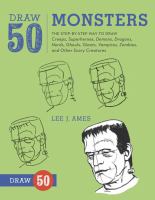 Get stuck into this awesome line up of new fiction for the summer holidays. Perfect reading for lazy summer days.

A Mutiny in Time By James Dashner.

This is the first book of this super cool series! Time has gone wrong, and best friends Dak Smyth and Sera Froste, together with the young Hystorian Riq, must use the infinity ring to travel back to one of the Great Breaks–a mutiny on the Santa María–to correct history and defeat the SQ.Check it out!

The Giant- Slayer by Iain Lawerence.

When her eight-year-old neighbor is stricken with polio in 1955, eleven-year-old Laurie discovers that there is power in her imagination as she weaves a story during her visits with him and other patients confined to iron lung machines.  A truely mystical and mischievous book!!!! You simply must read this !!!!!

Flamant Castle is having a tournament! But when one of the squires is injured during practice, Sir Benedict ask s Tommy to take his place. There’s just one problem: she has never ridden a horse before – every time she tries to ride Bess, the horse throws her off! Time is running out! How will Tommy be able to compete? Borrow this book today and discover if she will succeed!

Now that Bessica’s been named half mascot, she finally feels like she’s fitting in. But Alice, the other half mascot, hates her.  The pressure is on for middle-schooler Bessica to be the funniest, wildest bear mascot for her school, or risk being humiliated by a rival tiger mascot. So between homework, feeding gorgeous Noll Beck’s lizard, dealing with her grandma having a boyfriend, and deciding whether crashing Sylvie’s party is a bad idea, Bessica is memorizing as many cool cheers as she can. Her life is on the line.

The Lost Empire of Koomba by Tony Abbott.

A hidden door. A magical staircase. Discover the World of Droon! Keeah, Julie, and Neal are determined to save Eric from the enchantment that’s transformed him into Gethwing’s number-one goon. Their quest leads them to a lost empire deep in the desert, where tiny bandits are hiding, a rare and powerful elixer that just might be Eric’s only hope. Gethwing is determined to stop them and the Moon Dragon has a powerful new henchman at his disposal: Lord Sparr. Book three of the Secrets of Droon series!!!

This could be one of the most important books of wizard stuff ever written, or not. Some of the most disgusting yet irresistible recipes ever eaten by man, including the Choc-Chip Omelette, the Easter Egg carved from a single lump of pig gristle, and the wonderful Deathcap Delight, are just three of the recipes here is this funny and brilliant book.  Check this out, if you dare!