These awesome new kids books have just hit the shelves at your local library!

How to Raise your Grown-ups by Lauren Child

The Bobton-Trent seniors certainly know how to make the most of their extravagant wealth – socialising, doing things, buying things and generally being more than a little bit … irresponsible… Luckily for them, their son Hubert Horatio is an exceptionally intelligent, talented and sensible child. Unluckily for Hubert, this tends to mean that a lot of his spare time is spent steering his rather unruly set of grown-ups out of trouble.

You don’t know everything Jilly P! by Alex Gino

When her new baby sister is born deaf, Jilly makes an online connection with a fellow fantasy fan, who happens to be black and deaf, and begins to learn about the many obstacles that exist in the world for people who are different from her

No fixed address by Susin Nielsen

Twelve-year-old Felix’s appearance on a television game show reveals that he and his mother have been homeless for a while, but also restores some of his faith in other people.

Down with the Crims by Kate Davies

The Addams Family meets Despicable Me in the first book of this new trilogy, perfect for fans of Lemony Snicket and Pseudonymous Bosch!

The once and future geek Camelot Code; bk 1 by Mari Mancusi

When thirteen-year-old Arthur of Gal, the future King Arthur, accidentally time-travels to the twenty-first century, Sophie Sawyer, twelve, must convince him to return and correct the time line.

The treasure of the sea, by Geronimo Stilton

I loved this book, this book is so good that i want to read it every night. I recommend this book for girls aged 8to 12 year olds.I use to read 22 pages but now i read 30 most nights.

Reviewed by Samantha from Tawa and , 9 years old

The honeymoon sisters, by Gwyneth Rees

This book was a brilliant book about a girl who is finding it hard to get along with her new foster sister and cousin.
I love it and it has so much plot and you can see the characters developing over the story.
The main character, Poppy found it hard to get along with her foster sister/cousin, Sadie at first but then she discovers some secrets about Sadie and feels sorry for her. Sadie is very strong willed and badly behaved but acts all goody goody to Poppy’s mum at first.
But Sadie doesn’t stay like that forever…
I would totally recomened this book

Reviewed by Margaret from Karori and , 11 years old 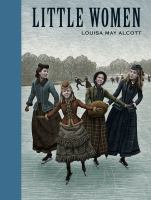 So remember the most wanted from last month? One book that only just missed out on the top 10 spot was Little Women by Louisa May Alcott.

So what? Well the 12th most popular book last month was written 140 years ago!

We have lots of editions. Some are condensed versions like this ( they don’t have as many words; it’s how how I first read it). Some have added goodness in the form of historical notes like this one. Some you can listen to like this.