END_OF_DOCUMENT_TOKEN_TO_BE_REPLACED

Story of the Titanic illustrated by Steve Noon.

Interested in boats and ships, especially history of famous shipping disasters? Then this is the book for you. This is the tragic story of the Titanic, the biggest and most luxurious ocean liner the world had ever seen, which sank on her maiden voyage on April 13th 1912. Find out all you need to know about the Titanic from when the Titanic was built on 10th March 1911 to its untimely end. You will also find out what happened on the night it sank, why the Titanic sunk so quickly? and how many people were saved and how many lives were lost.

Tony Robinson has written a lot of books about Ancient History. He has now done it again with his latest book on Ancient Egypt. Why did the gods look so strange? Why tomb raiding was a bad idea? Why they loved cats? How to make a mummy in eight easy steps?You will find out all the answers to these questions and more in this action packed read.

From the Lost and Found  series: 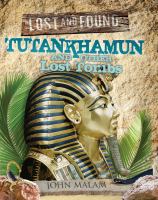 Tutankhamun and other Lost Tombs by John Malam.

Interested in History and archaeology? Want to read about tombs that to be lost but now found, for example the tombs of Tutankhamun, King Phillip II and Liu Sheng? Then this is the book for you. You will read and uncover the secrets behind the world’s lost towns, tombs, shipwrecks and treasures, and find out how archaeologists discovered them. 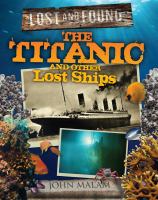 The Titanic and other Lost Ships by John Malam.

If you enjoyed Story of the Titanic, then you will love this book! You will find out all you need to know about ships lost and found around the world. Read all about the sinking of the Titanic to the discovery of its resting place, the recovery of a treasure filled Spanish galleon and much, much more. Great if you are interested in boats and ships. 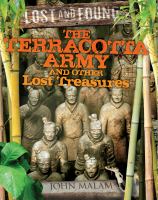 The Terracotta Army and other Lost Treasuresby John Malam.A fantastic read that describes the historical circumstances that led to treasures such as the Terracotta Army, Trojan treasure, the Dead Sea scrolls and the gold of El Dorado being lost or hidden and the archaeological discoveries that found evidence of these treasures.
From the Horrible Histories series by Terry Deary:

Dark Knights and Dingy Castles. Ever wanted to know why one nutty knight chopped off his own finger? The revolting truth about a gong-farmers job? What went on in gruesome castle garden robes? Then this is the book to read. Discover all the answers to these questions and foul facts that make the history of knights and castles so horrible.

Ever wanted to know which king died after falling off the toilet? Why people thought King John was a werewolf? Why Queen Anne’s feet were covered in garlic? Then this is the book to read. Discover all the answers to these questions and details of some of the more obscure facts and habits of British monarchs and much, much more.