It’s all about adventure this month! From the Classic authors Enid Blyton and Roald Dahl to the yet to be released latest Diary of a Wimpy kid, Double Down,  by Jeff Kinney. These children aren’t one’s to shy away when strange events come knocking at their door.

You don’t have to be kidnapped by giants or attend a magical school, some of these adventures happen in homes just like yours and to children just like you!

8. The Secret Seven, by Enid Blyton

9. Harry Potter and the philosopher’s stone, by J. K. Rowling

10. The enormous crocodile, by Roald Dahl

Who ever said that September was a boring month.

Not where Roald Dahl is concerned!

September is Roald Dahl’s birth month, and each year around the world, libraries, schools and the like celebrate this day, also known as Roald Dahl Day.

However this year, on the 13th of September, a big event, not to mention the biggest party in history, is about to take place. Roald Dahl will be 100 years old, that is if he was still alive, and there are celebrations around the world for Roald Dahl 100, focusing on Roald Dahl’s stories, characters and delivering a year packed with surprises and treats for everyone.

Want to take part in the celebrations? Here’s how!

Visit the Roald Dahl website, where you will find  information about Roald Dahl as well as activities, games and quizzes.

Dress up as your favourite Roald Dahl book character for Dahlicious Dress Up Day.

Download your Roald Dahl Day 2016 party pack, whether you’re celebrating at home, in school or out and about.

Read and relive your favourite Roald Dahl stories. Wellington City Libraries holds a huge array of Roald Dahl books, including The BFG, Matilda, Charlie and the Chocolate Factory, and movies for your reading pleasure. Also check out this previous blog post for ideas on what are great  Roald Dahl movies to watch.

This year marks the 50th anniversary since The Magic Finger was published – another milestone moment in the history of Roald Dahl, not to mention the some new Roald Dahl junior non fiction added to the collection: Roald Dahl Whizzpopping joke book and Oxford Roald Dahl Dictionary. 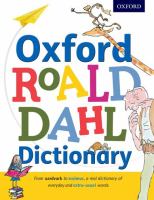 Well you’re at it, why not read about his remarkable life. Read Boy, that presents  humorous anecdotes from the author’s childhood which includes summer vacations in Norway and an English boarding school, and Going Solo, that tells the story of his adventures as an adult, first in Africa, then learning to be a wartime fighter pilot and discover what led him to becoming the world famous author that he is known as today.

New releases galore on the Children’s fiction front! There is a new Tom Gates adventure, catch up with Liz Pichon’s hero at your library. And what could be on the 78th storey of Andy and Terry’s treehouse? Any one else find this series a really good way to learn their 13 times tables?

1. Diary of a wimpy kid series, by Jeff Kinney

10. The hidden oracle, by Rick Riordan

Roald Dahl has two entries in the Top 10 this month.  Some of you may have been inspired from the movie The BFG to check out his books.

Roald Dahl’s imagination made more words than you’ll find in the dictionary! The BFG’s grasp of English “is a bit crumply” as he himself admits. Sometimes though a made-up word is the best kind to use! The oxford dictionary team seem to think so, this year the Oxford Roald Dahl Dictionary was published to celebrate the author’s 100th birthday!

Have you guys found Dahl’s Revolting Rhymes book yet?  We think Roald Dahl is pretty cool so we made up our holiday programmes around one of his tales of the BFG. Hope we get to see you at one of them.

5. The Secret Seven, by Enid Blyton

Thank you to all of the splendiferous people that turned up at the Roald Dahl school holiday event at Johnsonville Library.

We had a buckswashling huge crowd and a scrumdiddlyumptious time was had by all.

As well as a game of who knows Roald Dahl books best, children were able to create their own unique dream jars. From climbing Mt Everest to saving panda’s to having the superpower of flight there were some wonderful dreams captured.

Check out these delumptious photos. The wintery-est of school holidays have started. Are you still stumped on what DVDs to watch during the coldest and blistery of days? With the release of The BFG, based on the lovable story by Roald Dahl, why not go down to your local library and check out some other movies, based on his novels:

An urbane fox cannot resist returning to his farm raiding ways and then must help his community survive the farmers’ retaliation.

James and the Giant Peach.

An orphan with terrible aunts for guardians, befriends human like bugs who live inside a giant peach, who take the boy on a journey to New York City.

Trivia: The lyrics for the song “Eating the Peach” were written by Roald Dahl.

Story of a wonderful little girl, who happens to be a genius, and her wonderful teacher vs. the worst parents ever and the worst school principal imaginable.

Trivia: The picture of Miss Honey’s father, Magnus, is actually a portrait of Roald Dahl, the author of the book “Matilda,” upon which the film is based.

Believe it or not, there are two versions of the same movie adapted from Roald Dahl’s novels. Which version tickles your fancy? Original vs. Remake? You decide!

Both DVDs are the same story, but made different years, which is about a young boy wins a tour through the most magnificent chocolate factory in the world, led by the world’s most unusual candy maker. Willy Wonka and the Chocolate Factory is an afternoon-delight film that the whole family can enjoy and is indeed a classic, that follows the story roughly to a tee. Charlie and the Chocolate Factory is also a brighter and more colourful film, though it still manages to show the darker side of the story.

Trivia: Roald was reportedly so angry with the treatment of his book (mainly stemming from the massive rewrite by David Seltzer) that he refused permission for the book’s sequel, “Charlie and the Great Glass Elevator”, to be filmed.

*** Please be aware that the 2016 film version of The BFG is not yet available at Wellington City Libraries. The DVD release date is yet to be confirmed ***

A girl named Sophie encounters the Big Friendly Giant who, despite his intimidating appearance, turns out to be a kind-hearted soul who is considered an outcast by the other giants because, unlike them, he refuses to eat children.

Trivia: Roald Dahl has a granddaughter named Sophie,  who is an English author and former fashion model.

Trivia: Roald Dahl dedicated The BFG to his late daughter, Olivia, who died of measles at age seven in 1962.

Roald Dahl wrote the screenplay to this fantastic movie, based on the novel, Chitty Chitty Bang Bang: The Magical Car, by Ian Fleming, the same guy, (believe it or not), who wrote the James Bond series! The movie is about a down-on-his-luck inventor, (played by Dick Van Dyke, who also played Bert in Mary Poppins), turns a broken-down car into a fancy vehicle for his children, and then they go off on a magical fantasy adventure to save their grandfather in a far-off land.

Trivia: Roald Dahl also wrote the screenplay to the James Bond movie, You Only Live Twice.

Looking to becoming a nature photographer or do photography based projects over the school holidays? Then check out this amazing book the features 23 hands on and creative photography activities. Accessible, fun and practical, the activities in this book have been brought together to engage kids in the fun and wonder of photography. Great to use for indoor and outdoor activities. 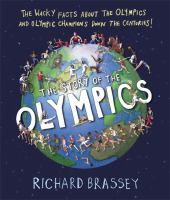 The Story of the Olympics.

The Olympics are nearly here, why not get schooled up just in time by reading The Story of the Olympics? Full of wacky facts about the Olympics and Olympic champions down the centuries, this book takes you through the entire story and history of the Olympics, from their beginning in Ancient Greece right up to the Rio de Janeiro Olympics of 2016. Also contains the funny, surprising, heroic exploits of winners and loser around the world. 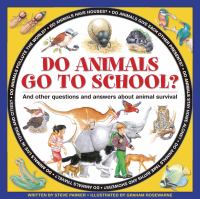 Do Animals go to schools?

Do you think animals go to school? Of course not!  Although animals don’t go to school in a special building, they do have to learn important lessons to survive. They must master how to catch and store food, make nests, fight against enemies and find their way around. Sometimes their parents teach them. Sometimes they learn by themselves. Do animals have refrigerators? Do they go to the doctor? Do they dance and sing? These and many more questions are answered in this intriguing natural history book. 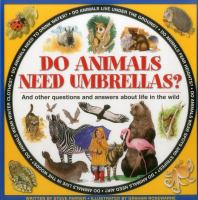 This book is the perfect introduction to the amazing diversity of the animal kingdom. Do animals carry umbrellas or wear winter clothes? Of course they don’t! In nature, animals have to survive using only their own bodies. Creatures in cold climates have thick fur, feathers or fat to keep them warm. Those that live in dry places need to drink very little water. Animals in wet places have waterproof fur, feathers, scales or skin to keep them dry. Such adaptations help creatures to survive. Do animals play in the waves? Do they ever get stuck in the mud? These and many more questions about how animals live in different habitats are answered in this entertaining book. 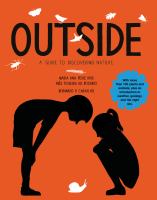 Outside: A Guide to discovering nature.

This fantastic guide offers a lot of information that allows you to discover nature in one’s own backyard, and includes tips on identifying trees, flowers, mammals, rocks, and insects, and examining the night sky.

The secret seven adventures were so popular that the translations inspired writers from other countries to develop the characters in their own stories.  Some of these were translated back into English some outlandish titles like… “The famous Five and the Z-Rays”

6. The Secret Seven, by Enid Blyton

8. The hidden oracle, by Rick Riordan

The waiting is over! Here’s what’s happening in the July School Holidays at a library near you…

Due to the release of the movie The BFG and with 2016 being his 100th birthday, we are celebrating that amazing author – Roald Dahl.

He is many people’s favourite author and his books have become classics for a number of generations. Lots have been turned into movies too – The BFG, Fantastic Mr Fox, The Witches, Matilda…

During the school holidays you can whizz-pop your way into a library for some whoopsy-splunkers fun! We will be exploring the life of Roald Dahl, learning Gobblefunk (the language of The BFG), competing against each other in a clever matching game, and creating our own dream jars. You’ll be frothbuggling if you miss this one.

These events are free and you don’t need to book – just turn up. The activities are best suited for 6-12 year olds. We have some exciting news!

Wellington City Libraries will be hosting a special advanced screening of the new Disney movie The BFG, which takes Roald Dahl’s much loved story to the big screen.

This event is free, however tickets are limited and will be drawn from a lottery.

To enter the ticket lottery, please fill in the online form after reading the event information below.

We will notify the lottery winners over the weekend of 18-19th June.

Here are the movie trailers to get you excited: