In the current context of international tensions, isn’t it a good time to pick some good new fiction that will make you think, understand and reflect on important issues such as war, refugee and society crisis?

Alexander Altmann A10567, by Suzy Zail

Fourteen-year-old Alexander Altmann doesn’t need to look at the number tattooed on his arm. A10567: he knows it by heart. He also knows that to survive Auschwitz, he has to toughen up.

When he is given the job of breaking in the commander’s new horse, their survival becomes intertwined.

Alexander knows the animal is scared and damaged, but he must win its trust. If he fails, they will both be killed.

My brother’s secret, by Dan Smith

Twelve-year-old Karl is a good German boy. He wants his country to win the war – after all, his father has gone away to fight.

But when tragedy strikes and his older brother Stefan gets into trouble, he begins to lose his faith in Hitler. Before long, he’s caught up in a deadly rebellion.

When a boat carrying a group of asylum seekers is sunk by a freak wave, Faris wakes from the shipwreck in an Australia he’s always dreamed of. There are kangaroos grazing under orange trees and the sky is always blue. On a nearby beach, Faris meets a group of young people who have come from far different times and places.

They are also seeking refuge, and each has their own story of why they had to leave their country to make a new life for themselves. It is only when Faris chooses to return to “real life” and find his father in Australia that he learns the extraordinary truth about the friends he made on the golden beach.

Rose goes to Ypres in Belgium to visit the graves of those who died in the Great war. There, the name of one boy stays in her mind: fifteen-year-old Valentine Joe.

That night, Rose hears marching and when she looks out of her window, she sees a young soldier…

Refugees are people who have been forced to flee their home country because of war, conflict or violence.  Many have been treated unjustly because of their race, religion or beliefs.  Most refugees cannot return to their country because it is unsafe, so they find freedom and a new home in another country – like New Zealand.  World Refugee Day is a special day set aside every year to commemorate the courage and resilience of the millions of refugees throughout the world.

For more info and events, visit the World Refugee Day website; and check out some of the great books about refugees that we have in our collection: 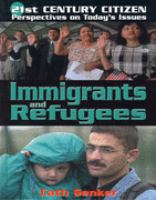 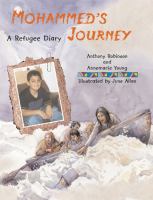 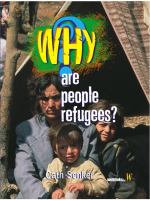 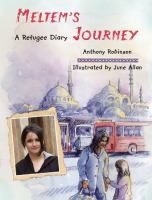