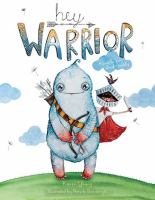 This book is about anxiety. Anxiety is a feeling that can happen to anyone, It is a feeling when you can’t relax like that feeling when you miss a step on the stairs or feel that you are about to fall off the bed when you’re asleep. Anxiety happens because it thinks there is something that needs to protect you from. This part of your brain is called the amygdala It is not very big. Your amygdala switches on when it thinks there is danger so it fuels your body. But it might be a problem sometimes because it sometimes switches on when there is no danger at all. Your amygdala does not think well so when it thinks there is danger it switches on! Kind of like when you have burnt toast and the fire alarm goes on. When its protecting you so much then you can just talk to your amygdala because it is always will be ready to listen to you and it will listen. So you might want to say that you are in charge of your body.

Reviewed by Sophia L. from Tawa and , 8 years old

Term 2 is well under way, so take some time to sit back, relax and enjoy some of these fantastic new kids fiction books available through your local library!

Stanley will probably be fine by Sally J Pla

After fainting during a school assembly, Stanley uses his time in a safe room to begin drawing a comic book superhero and then enters a treasure hunt so that he can win passes to Comic Fest.

When ten-year-old Liam moves house to be closer to his dementia-suffering grandma, he’s thrown into an unfamiliar place, with a family that seems to be falling apart. Liam doesn’t remember what his grandma was like before she became ill. He only knows the witch-like old woman who snaps and snarls and eats her birthday cards. He wants to fix it, but he can’t. Walking his dog one day, Liam discovers an old stone gargoyle in a rundown church, and his life changes in impossible ways. The gargoyle is alive. It moves unseen in the night, acting out Liam’s stories. And stories can be dangerous things…Seeking revenge against the bullies at his new school, Liam tells a story about the gargoyle attacking them. When one of them ends up in hospital, a regretful Liam vows never to go near the gargoyle again. But his grandma’s illness is getting worse, his mum isn’t coping, and his sister is skipping school…What if the gargoyle is the only thing that can save Liam’s family?

The wishmakers by Tyler Whitesides

Ace unwittingly releases a genie from a peanut butter jar and gets unlimited wishes that he must learn to use with their consequences before all the world’s cats and dogs turn into zombies who will eat mankind.

The short but brilliant career of Lucas Weed by Chrissie Walker

“Lucas Weed hasn’t really made any friends at his new school, so when the ‘cool kids’ suggest he carry out a prank in class, Lucas thinks it might be his path to being accepted. And when the pranks keep getting more and more outrageous – and with videos uploaded to YouTube – Lucas Weed’s popularity soars! But after an embarrassing stunt that doesn’t quite go according to plan – in front of a very important person – Lucas decides it’s time to call it a day. But how?”–Publisher information.

A fifth grade class, repelled by the overweight new student who has serious home problems, finally learns to accept her.

At Cave Bear Mountain, Tarin is given tragic news about his Clan, and wants to return to them immediately. But Kaija and Luuka have discovered an astonishing truth about their mother. It seems the friends will be divided. But when the wolf cubs are kidnapped to fight in the Bear Festival. Only together will they have a chance of saving them.

“Do you believe in magic? Maia and her friends do! And when they meet the Star Animals, a whole world of magical adventure unfolds. Lottie and her star animal, a squirrel called Juniper, must use their special powers to stop the forces of dark magic. Someone in the village is using dark magic and the Star Friends need to work together to figure it out who it is. But things keep going wrong! Sita is convinced a Shade is following her, Lottie is sure she’s going to fail her piano exam and Ionie thinks the others don’t want to be her friends. Only Maia seems her usual self. She needs to find out what is happening and how to stop it! Perfect for fans of My Secret Unicorn and The Rescue Princesses, and for Rainbow Magic readers looking to move on to a more challenging adventure.” –Publisher description.

Wings of fire; a winglets collection by Tui T Sutherland

“In Pyrrhia, every dragon has a story … Before the dragonets, beyond the war of the SandWing queens — the dragons of Pyrrhia each have their own story to tell. Like Fierceteeth, stuck in a SandWing prison, obsessed and full of thwarted ambition. Deathbringer, at the very beginning of his journey, desperate to prove himself. And Six-Claws, a loyal SandWing who will soon find out that loyalty comes with a price. Fly further into the dangerous territories of Pyrrhia than ever before to learn the secrets behind Wings of fire”.