With puppets and puppetry featuring in our Beyond the Page Festival July holiday activities, we thought we’d explore all things PUPPET!

A puppet is a ‘moving doll’. They are often used in theatre performances, kids’ TV shows and films and often use strings or other devices to make the puppet move and look alive. Some puppets are very simple (like sock puppets), but others are more complicated and need lots of practise to use. The person who works the puppet and makes it move is called a puppeteer.

Simple Puppets that you can make at home

inger Puppet: As the name suggests, you simply pop the puppet over your finger/s and get wiggling! Another form of finger puppet is the two-finger puppet that has holes for two fingers which act as the puppet legs.

Sock puppet: Find an old sock and glue funny eyes and noses onto the foot of the sock. Then wear it like a glove with the thump acting like a jaw.

Glove Puppet: Similar to a finger puppet, but larger. The puppeteer uses his or her fingers and hand to work the puppet.

Paddle Puppet: The puppet is on the end of a cardboard or wooden paddle, or is even the paddle itself. When the puppeteer wiggles the paddle back and forth, it seem that the puppet moves by itself.

Rod Puppet and Bunraku: The puppet is worked with rods joined to the puppets arms and legs, while another puppeteer moves the head and sometimes the mouth. Bunraku is a special type of Japanese rod puppetry. 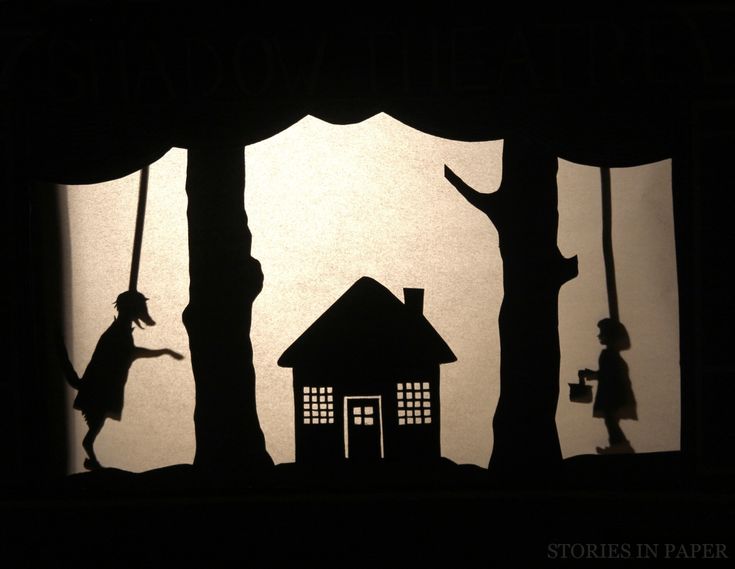 Shadow Puppet:  A cut out figure on a rod is held in front of a light. Its shadow is projected onto a screen. The puppeteer moves the puppet around, giving it some life.

Marionette: This puppet is moved around with strings that hang from above the theatre. This is one of the more complex types of puppetry and is hard to master as some marionettes can have up to thirty strings.

Jim Henson and the Muppets 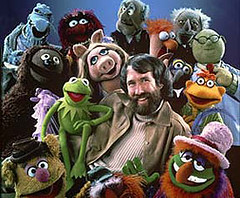 Jim Henson (1936 – 1990) ) was one of the most well-known and innovative modern puppeteers. He is the creator of the Muppets – think Kermit the Frog, Miss Piggy, Cookie Monster, and Elmo.  He made up the word Muppets as a blend of “marionette” (see above) and “puppet” and created the Muppets while still a student at university. The Jim Henson Museum is in his hometown of Leland, Mississippi and has an assortment of original Muppet characters on display. One of the bridges in Leland is also named “The Rainbow Connection” after the popular song from the 1979 film The Muppet Movie.

Check out the catalogue and get making and performing with puppets these holidays! 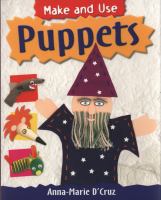 Puppets / D’Cruz, Anna-Marie
“An exciting collection of step-by-projects that readers can do at home on their own or in the classroom.” (Catalogue) 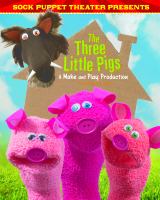 Sock Puppet Theater presents The three little pigs : a make and play production / Harbo, Christopher L
“Hear ye! Hear ye! Sock Puppet Theater Presents The Three Little Pigs! Now it’s a snap to make simple, adorable puppets, key props, and the perfect stage for bringing this classic fairy tale to life. But that’s not all! As an added bonus, this book also includes a fun starter script, helpful acting and performance tips, and clever suggestions for making your play truly unique. With Sock Puppet Theatre, you hold in your hands everything needed to get your puppeteer career started on the right foot!” (Catalogue) 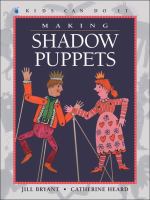 Making shadow puppets / Bryant, Jill
“In this book in the Kids Can Do It series, kids can create traditional shadow puppets from around the world.” (Catalogue) 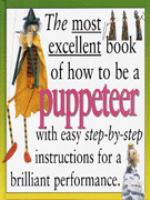 The most excellent book of how to be a puppeteer / Lade, Roger
“Tap students hidden talents with these clever books filled with step-by-step instructions for entertaining friends and family at home or at school.” (Catalogue) 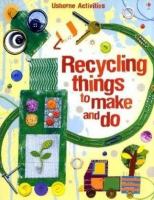 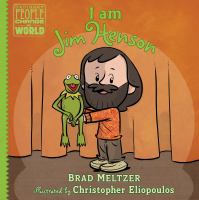 I am Jim Henson / Meltzer, Brad
“Presents the creator of the Muppets and describes the creative spirit, performance talents and beliefs in the goodness of people that inspired his career and how he helped create the iconic programs Sesame Street and The Muppet Show.” (Catalogue) 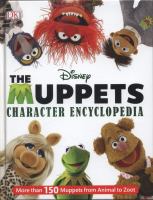 The Muppets character encyclopedia / Shemin, Craig
“The most sensational, inspirational, muppetational character encyclopaedia ever! Play the music, light the lights, and meet all your favourite characters from the Muppets in The Muppets Character Encyclopaedia. From Animal to Zoot, meet over 200 of the most memorable and best-loved Muppet characters from the 1970s to the present day. […] The Muppets Character Encyclopaedia is a must-have for new fans eager for background on their new favourite Muppets as well as older fans wanting to relive the original TV series.” (Adapted from Catalogue)