It’s the end of the school holidays! You might be excited to go back to school …or you might not be. Either way, you can ease yourself back into routine with these simply awesome super cool new books. They will make you forget all about going back to school, guaranteed!! **

Klawde is not your average cat. He’s an emperor from another planet, exiled to Earth. He’s cruel. He’s cunning. He’s brilliant… and he’s about to become Raj Banerjee’s best friend. Whether he likes it or not. Klawde had everything. Sharp claws. Fine fur. And, being the High Commander of the planet Lyttyrboks, an entire world of warlike cats at his command. But when he is stripped of his feline throne, he is sentenced to the worst possible punishment: exile to a small planet in a quiet corner of the universe… named Earth. Raj had everything. A cool apartment in Brooklyn. Three friends who lived in his building. And pizza and comics within walking distance. But when his mom gets a job in Elba, Oregon, and he is forced to move, all of that changes. It’s now the beginning of summer, he has no friends, and because of his mother’s urgings, he has joined a nature camp. It’s only when his doorbell rings and he meets a furball of a cat that Raj begins to think maybe his luck is turning around…

Zac Power is a boy spy who has twenty-four hours to save the world and do his homework. A haunted house, sabotage in space, vanishing tombs and undead dinosaurs – Zac’s biggest ever adventures are action-packed. But can he outsmart an evil genius and save the world, yet again?

A story about a girl who meets a boy who changes everything. When 13-year-old Mika is forced to attend a music festival with her family, she resigns herself to hippies, heat, and embarrassment. But nothing could prepare her for Max, who’s almost 10 and has autism. When the two of them join forces, a series of unexpected and life-changing events unfold.

My Parents Cancelled my Birthday by Jo Simmons

Tom can’t wait for his LUCKY BIRTHDAY. It’s an EPIC family tradition and he’s dreamed up an UNFORGETTABLE party! Only, after several disasters involving a flattened Chihuahua and a curse from the tooth fairy, it’s been CANCELLED. But Tom won’t give up. With the help of his friends (and a pig painted like a zebra), Tom decides to throw himself the party he deserves. What could possibly go wrong?

Natboff! One Million Years of Stupidity by Andy Stanton

Time travel through the funniest and most mad moments in history, from the stone age to a million years in the future, all set in the town of Lamonic Bibber (home of Mr Gum). Meet the town’s most famous residents such as Natboff the caveman, Terry Shakespeare, a squirrel, Edith the witch, some grapes and mysterious Victorian inventor, Cribbins, who invented mysterious Victorian things. Learn LOADS of stuff about history along the way*.

*You won’t learn anything about history.

Ermine the Determined is off to explore NEW YORK. She can’t wait to visit Central Park Zoo, ride in a yellow taxi, and zoooom to the top of the Rockefeller building! But when her suitcase is switched, Ermine finds some robbers are hot on her tail.

The Leap of Death by Andrew Clover and Ralph Lazar

Meet RORY BRANAGAN – he eats bad guys for breakfast. Well, not ACTUALLY. But he IS the best detective in town. Fifth in a hilarious comedy-crime series for readers of 8+. Hello. I am Rory Branagan. I am actually a detective. And I am about to face more DEADLY DANGER than ever … 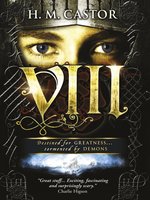 We are over halfway through winter now – yahoo! This is the perfect time of the year to snuggle up with a good book and hot chocolate. Try one of these new ones that the library has just bought.

A Twist of Tales by Julia Donaldson

A king hides a terrible secret under his crown … A marvellous dream inspires an epic journey … A clever girl outwits the king. Told in hyper-readable language and with full-colour illustrations.

Kensy and Max are back in London for no time at all before things begin to heat up – quite literally. As a result, Granny Cordelia ships them off to Australia on an undercover mission. The twins find themselves planted in a posh Sydney school where first appearances prove to be deceiving. What seems like a straightforward assignment turns into something so much bigger. Kensy and Max must employ all their spy skills – the fate of their parents, and who they’ve been searching for, depends on it.

Professor Greenfur, the onboard scientist on spaceship MouseStar 1, has changed color from green to–orange! What’s going on? To find out, the spacemice travel to his home planet of Photosyntheson. There, they learn that all of Professor Greenfur’s relatives are being threatened by the nibblix, tiny aliens with very sharp teeth! Can the spacemice help in time?

Maximillian Fly, a roach-human hybrid, helps two young humans escape from the Bartizan’s eye, only to find himself a key player in a deadly war between roaches and humans 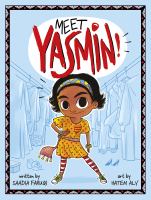 In this compilation of four separately published books, Pakistani American second grader Yasmin learns to cope with the small problems of school and home, while gaining confidence in her own skills and creative abilities.