The unwanteds quests book 1 ( dragon captives)
Rated 9 to 15 plus
It has been ten years since the final battle between Artimé and warbler island and the residents have had peace from that battle forward. Until now…. Alex, the head mage of Artimé has his hands full with his twin sisters, Fifer and Thisbe. They inherit a strange destructive magic which Alex must try to stop for the safety of his people and his sisters. It makes Fifer and Thisbes life boring and they always have nothing to do. When pans daughters and brothers ( they are dragons who appear in island of graves and so forward,) come back for their replacement wings because they have outgrown them, Fifer and Thisbe, ( and their friend Seth!) try to help the dragons and that leads them on a journey to the land of dragons. They must find a way out and stay together to keep safe as they find that this place is not safe at all. I rate this book 4.5 out of 5.
THIS BOOK IS BY LISA MCMANN 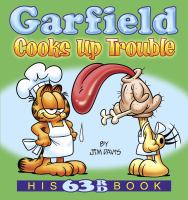