Which movie leads this month? Looking for something to watch on cold and week weekends or evenings? The My Little Pony fellowship is holding strong with a new adventure on the shelves. Also the new Paddington movie is strong in the ranks.  This film has excellent special effects and an endearing cast.

This month’s best loved Children’s animation and movies, led by the dueling animal tribes of Chima.

These are the most popular in the library collection!  My Little Pony adventures have been top billing for 4 months! *applause* if you were a pony you would be stomping… only Twilight Sparkles would clap. To celebrate, feast like a pony, they only eat sweets, baked goods and flowers (you might want to add an apple or a couple of carrot sticks!). 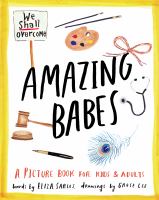 Amazing Babes was originally written as a gift from a mother to her son. This is a great picture book that celebrates inspirational women from around the world and across generations. All the women in this book had the ideas, determination, and creativity to bring about change in the world, and in learning about their stories we honour their achievements. Overall a fantastic read with striking pictures and simple text that celebrates the achievements of inspirational women such as Gloria Steinman, pioneer of the American women’s movement and Malala Yousafzai, a passionate advocate of worldwide access to education. A great book to celebrate International Women’s day. You may also like Of thee I sing : a letter to my daughters by American president, Barack Obama, where he  writes  a moving tribute to thirteen groundbreaking Americans and the ideals that have shaped our nation in the form of a beautiful letter to his daughters. 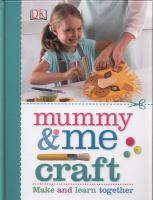 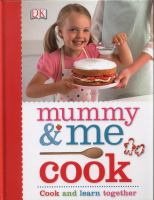 Mummy & Me Cook and Craft.

Great books to read and use for  gift ideas for Mum on Mother’s day, like whipping up a yummy pancake  breakfast to serve Mum in bed or making up a bead necklace as a gift. Either way or something that you and Mum can do together. Mummy & Me Cook serves as a great introduction to cooking for kids with its blend of over 20 healthy recipes and fun activities as well as fabulous food facts about everyday ingredients. While Mummy and Me Craft introduces kids  to the wonderful world of crafting. Great was for you and Mum to spend quality time together. 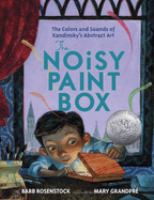 The noisy paint box : the colors and sounds of Kandinsky’s abstract art.

If you have a project which involves studying a famous artist and abstract art, this biography on Kandinsky is a great resource to use. A fantastic picture book biography that explores how one ordinary little boy named Vansa Kandinsky became one of the most (and first) accomplished painters in abstract art and describes how Vasya Kandinsky’s creative life was profoundly shaped by a neurological condition called synesthesia which caused him to experienced colors as sounds and sounds as colors. A biography, art and music book rolled into one. 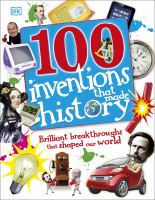 100 inventions that made history : brilliant breakthroughs that shaped our world.

The wheel, the light bulb, the telephone, the toilet, antibiotics,  denim jeans… This book holds information about 100 inventions that has shaped and changed the world forever. This book is a great resource to use if you are doing a project on inventions.

Read this book and find out all about the brave animals from horses on cavalry charges to messenger dogs and carriers, that helped and risked their lives to help humans in frightening and dangerous situations during the war.The first page of this book opens with the sentence, “Although much is made of human bravery in warfare, the role of animals has been neglected.” I couldn’t agree more. 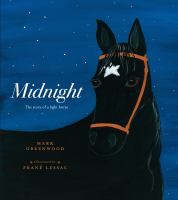 Midnight: The Story of a light horse.

‘A foal is born at midnight, on the homestead side of the river. Coal black. Star ablaze. Moonlight in her eyes.’ On October 31, 1917, the 4th and 12th Regiments of the Australian Light Horse took part in one of the last great cavalry charges in history. Among the first to leap the enemy trenches was Lieutenant Guy Haydon riding his beloved mare, Midnight. This is their story.’

We all know the epic story of War Horse by Michael Morpurgo , but are you ready to read the true story of a real-life war horse? This book tells the story of Midnight, an Australian light horse who took part of one of the great cavalry charges on October 31st 1917 during World War I. Prepare to have tissues on stand by when reading this story. 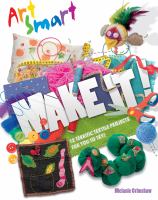 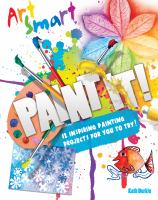 Two new books, Paint it! and Make it!  from the Art Smart series has made it to our library shelves. With the school holidays just around the corner, why not check out these awesome new non fiction books, each complete with 12 inspiring projects to try out and get inspired on making  a puppet, sock snake, dino doorstop, (in Make it!) and different painting techniques such as watercolor acrylic and sgraffito (in Paint it!) I thought the project ideas in the books were fantastic, especially the activities for creating your own Picasso self portrait in Paint it! and the get well card project in Make it! These projects are a great way to beat the boredom busters during the school holidays and even better during a rainy day! 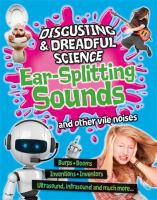 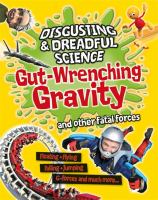 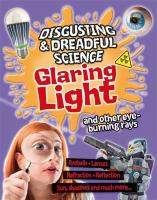 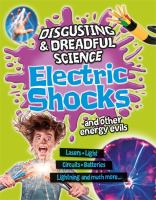 You will find books about Cats, Dogs and Horses and Ponies from this series at your local library. Each title in the Animal Family Albums series feature information about all favorite pets and animals which includes descriptions of popular breeds, facinating facts about wild relatives and a quiz to help you discover which breed you would be. The book about cats was a fantastic read. I learned a lot of interesting facts, especially  about Russian Blue cats , which are considered to be good luck and the Manx cats, which are born with either no tail or a short stumpy tail. The book about dogs contained facts about how pet dogs are descended from wolves, and like their ancestors, they like living in packs, which is made up of its human family. It was very interesting to learn while reading about horses and ponies, wild horse herds are normally led by a female and how the herds include other females, foals, a stallion and a few young males. 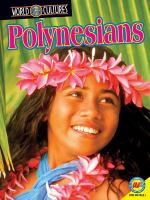 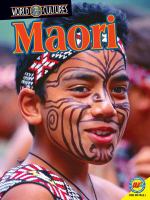 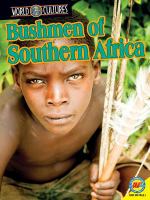 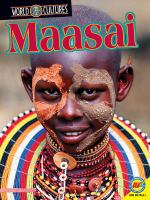 Feel like taking an amazing journey and exploring all the different cultures the world has to offer? There are four new books exploring the  Maasai, Bushmen of Southern Africa, Polynesians and Maori  culture, from the World Culture series. These books are great resources to use that takes an educational look at cultures that are struggling to maintain their traditions in an ever-changing world, so these books are great to use if you are doing an assignment or homework on exploring issues and oppression within different cultures. Each book unveils the traditions, myths and social activities of each culture. Also includes bibliographical references and index. Great for ages 4 to 12 years.

Review by Elena of Northland

If you are into horses then why don’t you check out the White Cloud Station books by Trudy Nicholson? Riding High at White Cloud Station is the fourth book in the series. Suzy has promised her best friends Alexa and Lucy that she will show them the secret herd of curly-coated horses living in the wild mountains near White Cloud Station. But a near tragic accident puts one of the girls and her horse out of action. You will need to read the book to find out what happens. You may also like to join the White Cloud Station Club for news, competitions and more.

Full of drama and excitmement. It has a great plot, and it is very well written; perfect for pony-mad girls. Suzy, Alexa and Lucy all love ponies. 5 stars.

By Lulu of Wellington

Last week in Hastings was Horse of the Year time, when heaps of people (and horses and ponies) get the chance to compete against the best in New Zealand (and Australia and other places) to find out which horses and ponies are the most beautiful, most athletic, most gymnastic, most obedient, most fabulous. There were horses of all shapes and sizes there – maybe you know someone who competed.

You can visit the website here, for information and results to find out who really was the horse of the year. Just a couple of interesting facts: if you’re

into showjumping, the horse of the year turned out to be Australian. Maybe next year. If you like dressage then you’ll be interested to know that the winner of the major Grand Prix competition was a 22 year old stallion. That’s a seriously old horse!

If you love horses there are heaps of books and things in the library to choose from. For books about riding check out this Kids’ Catalogue link, or for general horse books check out this link. Oh, and if you know the real difference between a horse and a pony make sure you let us know!