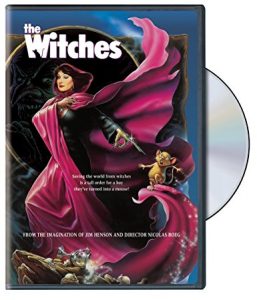 These books are very short but great for kids aged 6 – 10 or 11. They are about a nasty boy called Henry, and his perfect brother, Peter. They are very funny but a bit of violence and a LOT of screaming and shouting.

Reviewed by Holly from Khandallah and , 11 years old

It’s back to school time, so be sure to grab these new kids fiction books from your local branch Library to read once you’ve done all your homework!

Artie and the grime wave by Richard Roxburgh

Artie and his best friend Bumshoe have stumbled upon a Cave-of-Possibly-Stolen-Stuff, and along with it a gang of shady characters including scary Mary, fang-toothed Funnel-web and the devious Mayor Grime. Artie and Bumshoe’s attempt to solve the mystery sparks a chaotic chain of events that involves kidnapping, puppy-dog cutlets, modern art and pioneering the sport of the bungee- wedgie. It’s a sticky situation and if Artie’s going to escape, he might need help from family, friends, a little old lady, a small dog and the Fartex 120Y.

When James stumbles upon a horrific sight, he knows things are not what they seem. His school is determined to make him believe what happened was an accident, but James believes what he saw was murder. The significance of the events at school only come to light in the course of an adventure that takes James across Europe and puts him within range of a warmongering villain. Has James got what it takes to triumph over this man, the worst kind of enemy, who boasts a new kind of weapon?

This book following the magical journey of a mouse who wishes to be anything but himself. The trouble was that Freddie really did not like being a mouse. ‘It’s just a phase,’ his mother said, but it wasn’t …Little Freddie Whitemouse, of No.16, Skirting Board West, simply hates being a mouse. Mice are terribly small, frightened of everything, and aren’t allowed to have any fun at all. Instead, he longs to be a fierce tiger, king of the jungle floor; or someone’s treasured dog, able to run and play all day. So when a sorcerer toad hears Freddie’s pleas and offers his assistance, there is really little else Freddie could ask for. So as not to make any rash decisions, Freddie agrees to spend a week as each animal. But what will he discover on his amazing adventure? And will he ever want to be just a plain old mouse again?

When Wolf finds a fact-filled book in the library, he thinks he will at last outsmart his clever cousin Dog. Who knows more about robots, dragons, knights and pirates? And what about setting traps, playing tricks, and chewing bones? What Dog knows is packed with information, activities, quizzes, rhymes, stories, and curious conversations between Wolf and Dog.

“Since her mom died, Andie’s family has crumbled. Instead of working, her dad gambles away insurance money, while her sister, Paige, has put her future on hold in order to pick up extra waitressing shifts. Andie’s afraid of what will happen if people find out just how bad things are. She’s not sure how long she can hide the fact that there’s no food or money in the house…or adults, for that matter. When her science partner suggests they study paranormal activity, Andie gets an idea. She wants a sign from her mom-anything to tell her it’s going to be okay. Maybe the rest of her family does too. So she starts a project of her own. Pretending to be her mother’s ghost, Andie sprays perfume, changes TV channels, and moves pictures. Haunting her house is Andie’s last hope to bring her family back into the land of the living.”–From publisher’s website.