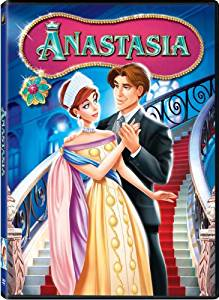 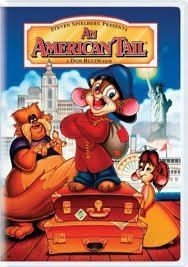 Term 4 has started and the countdown to the Christmas holidays has began!

The library is still  choc-a-block full of Walt Disney DVDs in the collection that you can get your hands on and may come handy for the Christmas holidays if you fancy a relaxing day of veging out in front the telly with your choice of favourite snacks.

This is the FINAL blog post for Walt Disney DVDs, for this year at least as I will be moving onto blogging about other cool movies and categories. Some I watched throughout my childhood that still remain favourites of mine today and some that I have only watched in the last few years.

In this blog post, you will encounter Walt Disney movie recommendations filled with heroes/heroines, sleeping princesses, animal friends and the odd bit romance.

So check out the following DVDs below and believe me… I think I have saved the best for last… and see further down below for an extra special treat!

Lady and the Tramp.

Probably one of the best Walt Disney classics and romances to date! Join Lady, a pampered cocker spaniel and Tramp, a jaunty freedom loving mutt, with a heart of gold who share an enthralling romance and thrilling adventures.

The infamous Bella Notte Spaghetti/kissing Scene is always a favorite mine, as I’m sure it is with a lot of people. See the scene for yourself and decide if this is a movie you like to see, especially with your own canine pal!

In truly Shakespearian style, a brave young Chinese girl named Mulan fashions herself as a male solider in her aging father’s place and leads her fellow soldiers with remarkable courage and tactical brilliance in the battlefield – and a legend was born.

A truly magnificent film that showcases that not all heroes are born, but made. A great movie for girls and a true celebration of girl power! Check out this awesome music clip “True to your heart” from the movie soundtrack.

The Princess and the frog.

This is truly a different take on classic fairy tale, The Frog Prince, where the story takes place in New Orleans, Lousiana, during the roaring 20s where jazz music, prohibition fine dining, flappers and social dance were on the rise.

Not to mention, both the prince – Arrogant, carefree Prince Naveen, and… the princess – hardworking, no nonsense waitress Tiana, are transformed into frogs!

With the help of a trumpet-playing alligator, a Cajun firefly, and an old blind lady who lives in a boat in a tree, Naveen and Tiana must race to break the spell, and fulfil their dreams.

Overall a fantastic film! Absolutely loved it! This is a very entertaining girls movie and a celebration of the Creole culture that will make you want to get up and dance the foxtrot and the Charleston.

Oh my goodness, this is the one movie I watched religiously throughout my childhood with my mates from school where we were continuously reciting lines and singing along to the songs!

Based on the all time classic by Hans Christian Anderson – the same guy who wrote The Snow Queen, which Disney adapted into the movie, Frozen… Anyway I am getting way ahead myself.

The Little Mermaid is about Ariel, a fun-loving and mischievous mermaid with a fiery personality – hmm, explains the red hair, who is enchanted with all things human and falls in love with Prince Eric, who also happens to be a human to the disgust and horror of her father.

Determined to be human, she strikes a bargain with the devious sea witch, Ursula, and trades her fins and beautiful voice for legs. However the catch is that in order for her to be a human forever, her prince has to kiss her. Always true love’s kiss to either break or hold a spell. Ah, the things we do for love.

So poor Ariel has a lot on her plate: become human, win the prince’s love and save her father’s kingdom and her love’s kingdom from Ursula, but luckily she has a few friends to aid her in the form of her best friend Flounder, and her reluctant chaperon aka singing crab, Sebastian at her side.

Not easy being a Disney princess and heroine. But overall a fun, enjoyable Disney classic to watch when having a night in with the family. You might enjoy this clip “Kiss the girl” sung by Sebastian where he tries to encourage Prince Eric to kiss Ariel to break the spell. Will it work? Watch, be entertained, laugh and find out.

Snow White and the seven Dwarfs.

This was the very first movie I saw at the cinema at the tender age of 3 years old and nearly thirty years later, still remains a favourite and timeless classic to this day!

This The beautiful and kind-hearted princess Snow White must go on the run into the deep dark woods after she incurs the wrath of her jealous and wicked stepmother, the Queen by being fairest in the land. There, she befriends the lovable seven dwarfs, Doc, Sneezy, Grumpy, Happy, Bashful, Sleepy and Dopey.

However things go pear shaped when The Queen finds Snow White and tricks her with an enchanted apple. Only the magic of her true love aka Prince Charming’s kiss can save her.

Princess Aurora is cursed by the evil fairy/witch/fire breathing dragon, Maleficent, into a deep sleep and can only be awakened by her true love’s kiss.

This is one of my favourite Walt Disney movies of all time. I loved it so much that my aunt ended up buying me the video for my seventh birthday, which was probably the most memorable birthdays ever! I loved everything about this movie! Loved the music by Tchaikovsky, which he originally composed for the ballet version of Sleeping Beauty; the playful banter and bickering between three good fairies, especially when they debate about the color of Aurora’s birthday dress, hmmm pink or blue? You decide. Not to mention, the chemistry between Aurora and her true love, Prince Philip.

A big spoiler and perhaps uncanny about Aurora and Philip is that they were betrothed when they were little and they end meeting and falling in love anyway, WHOA! Another favourite (probably more than Snow White) and timeless Walt Disney classic from childhood to the present day!

Also check out my review of Maleficent for an alternative interpretation of Sleeping Beauty and decide whether Maleficent is evil or misunderstood. 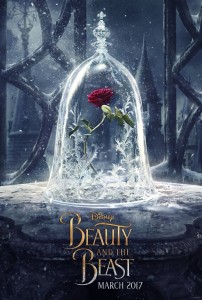 Upcoming Walt Disney Movie release for next year: Beauty and the Beast.

If you are a fan of the Disney animated movie, Beauty and the Beast, then brace yourselves… next year Walt Disney is releasing a live action adaptation of the classic fairy-tale about a monstrous prince transformed into a beast.  In order to break the horrible enchantment, the beast must fall in love with a beautiful young woman, played by none other than Emma Watson (Hermione from the Harry Potter movie), but to complicate things further he must earn her love in return.

Check out the official teaser trailer! So why not pen in the date: 17th March 2017 to be a guest for one of the most highly anticipated Walt Disney movie releases of all time!

Frozen won two Academy Awards this year for Best Animated Feature and Best Original Song (“Let It Go“) Inspired by Hans Christian Andersen’s fairy tale, The Snow Queen. Fearless optimist Anna teams up with Kristoff in an epic journey, encountering Everest-like conditions, and a hilarious snowman named Olaf in a race to find Anna’s sister Elsa, whose icy powers have trapped the kingdom in eternal winter. Overall a fantastic film! Absolutely loved it! This is a very entertaining girls movie and a celebration of the Scandinavian culture that is sure to thaw a frozen heart. I haven’t enjoyed a Disney film this much since The Lion King.