There are some great illustrations in Under earth; under water.  Explore the world beneath your feet or kayak! Under the earth there are root systems, pipes for water, electricity and the internet, insect and animal burrows and more!

Books on cats and dogs were runners up to the Top 10.  Who has a favourite pet at home? Maybe you have something other than a cat or a dog? Who has the strangest pet out there? Brothers or sisters aren’t classified as pets! 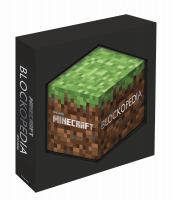 10. Under earth; Under Water, by Aleksandra Mizielinska and Daniel  Mizielinska