Diary of a Time Traveller.

Join Augustus on his global adventure back in time and meet hundreds of history’s most interesting characters, including Einstein, Columbus and the young Mozart. Packed with interesting facts, awesome illustrations and even a timeline of events, this diary makes a million years of history accessible at a glance.

Author, actor, comedian, charity fundraiser, TV talent show judge – David Walliams ticks all the boxes! Now you can read his biography, and discover some of his greatest achievements, how he began his comic career, where he finds his inspiration for his hilarious children’s books and the enormous amount of work he does for charity. 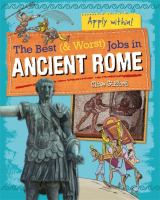 Here is your chance to explore the job market in Ancient Rome. Discover which jobs brought wealth and glory and which were dirty, smelly and dangerous. 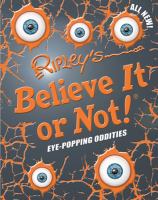 Ripley’s Believe it or not! : eye-popping oddities.

Brace yourself for some eye-popping oddities. There is an all new Ripley’s believe it or not and it is jam packed with even more odd and bizarre things you never thought was possible such as a man pulling a track with his nose, a woman marrying a Ferris wheel, cow farts blowing up building and many more crazy stories! Proceed with caution when you read, it’s earth shattering!

Big Book of When. 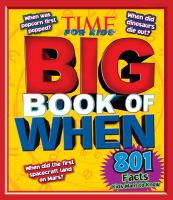 Read this book and find out all the answers to questions such as when was the first text message sent and when did people start using clocks. This book also contains great photos, timelines, diagram and more than 801 fascinating facts. 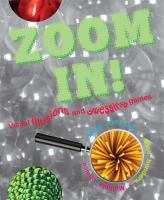 Zoom In.
Move over Magic Eye and Actual size, Zoom In takes you on a journey where you encounter ordinary objects, like an eye or the head of a felt tip that are magnified a hundred times. Overall this book is a fantastic read full of amazing super-magnified images that will leave you guessing what they actually are.

Doctor Who: How to be a Time Lord.
A must have read for all you Doctor Who fans. This ancient book contains thousands of years of time lord wisdom everything you need to know in order to become the next Doctor Who.

Girls who rocked the world.

Girls who rocked the world is the ultimate girl power book that pays tributes to many famous and influential young women that changed the world, such of Joan of Arc, Mother Teresa and Coco Channel.

Check out Horrid Henry’s guide to all the weird, wonderful, hilarious and horrid facts about anything and everything you have ever wanted to know about… Ghosts. 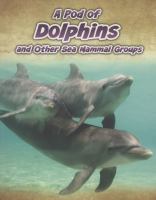 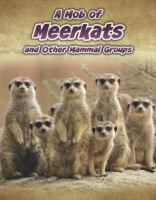 A Mob of Meerkats and Other Mammal Groups and A pod of Dolphins and other sea mammal groups.
Prepare to be overloaded with cuteness and amazing facts when reading these books about mammals. These books tell you everything you need to know about their habitat, how they communicate, find food and care for their young. Great resources to use for homework and projects about mammals.

2.   Ripley’s believe it or not! by Rosie Alexander