The Star Wars back stories are a great place to find those little tendrils that become the storylines for some of our favourite space faring epics.

Everyday obstacles can be just as epic.  The journal keepers of this world know how school, family and friends can be the source of trials and tribulation that can fill pages with intense action and adventure.

The diary of a wimpy kid ebooks let you keep up with the all the events with Greg and co.  You can take part in the adventures in  another form of online entertainment too try these Wimpy kid games out.

Here’s your Top 10 eBooks for May:

1.  Harry Potter and the Philosopher’s Stone, by J. K. Rowling

2.  Harry Potter and the Deathly Hallows, by J. K. Rowling

3.  Harry Potter and the Chamber of Secrets, by J. K. Rowling

4.  Harry Potter and the Prisoner of Azkaban, by J. K. Rowling

5.  Star Wars: Prequel Trilogy: Collecting The Phantom Menace, Attack of the Clones, and Revenge of the Sith, by Patricia Wrede

6.  The Ugly Truth: Diary of a Wimpy Kid Series, by Jeff Kinney

7.  Star Wars: A New Hope: The Life of Luke Skywalker, by Ryder Wyndham

8.  Star Wars: The Rise and Fall of Darth Vader, by Ryder Wyndham

9.  The ACB With Honora Lee, by Kate de Goldi

Oh no! The princess of Nova is accidentally poisoned by her own love potion. It’s the chance of a lifetime for Sam’s alchemist family, who have been mixing magic potions for generations …but can Sam find the cure and save their crumbling reputation?

With the nation’s media watching her every move, Sam overcomes incredible dangers and impossible dilemmas in order to hunt down the ingredients: a mermaid’s pearl, pink jasmine, Eluvian ivy, hair from an abominable and a unicorn’s tail.

Can Sam save the now dangerously powerful princess by winning the contest? And just how close are she and her handsome enemy Zain willing to get in the meantime?

Grab this new book from your local library today or head on over to the catalogue to reserve a copy!

(Note: this book is ideal for older children and young teens)

A humorous story about imaginative excuses for being late to school. Sophisticated picture book.

Daisy Wells and Hazel Wong set up a secret detective agency at Deepdean School for Girls to solve the murder of their Science Mistress, Miss Bell. 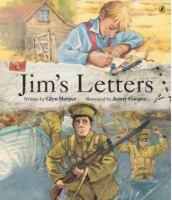 A moving story of two brothers separated by the First World War, based on the thousands of letters sent by and to Anzac soldiers fighting at Gallipoli.

White Horse of Zennor and other stories

“At the furthest edge of Britain where the sea gently washes over the land and myths brush against reality, lies Zennor. Set in a churchtown where men become beasts and ghosts roam freely, are haunting and unforgettable tales where magic lies around every corner.” -back cover.

Adventures of the Steampunk Pirates ; 1  by Gareth. P. Jones

Causing chaos wherever they sail, the robotic Steampunk Pirates are roaming the high seas, hunting for gold! But the evil Iron Duke has other ideas…He’s determined to capture the pirates in return for a handsome reward from the King.

The Bad Book by Andy Griffiths

‘WARNING! This book contains nothing but bad stories,

and bad riddles about bad characters doing bad things. It is a BAD book’- (inside cover).