So who doesn’t love an anthology! They take a heap of comics, join them up and place them carefully between a cover that creates one bumper book.  The Smurf Anthologies are great because you get to see a story through.  Also it looks like you’re reading a lot!

Did you know the original name for Smurfs was Les Schtroumpfs! Pierre Culliford, more famously known as Peyo came up with the name as a nonsense word.  Les Schtroumpfs were originally encountered in a Peyo comic “Johan et Pirlouit” take a look at the these Peyo creations.  Of course you can always take more comics out of the library… Peyo is also the author of Benny Breakiron =)

It’s all about adventure this month! From the Classic authors Enid Blyton and Roald Dahl to the yet to be released latest Diary of a Wimpy kid, Double Down,  by Jeff Kinney. These children aren’t one’s to shy away when strange events come knocking at their door.

You don’t have to be kidnapped by giants or attend a magical school, some of these adventures happen in homes just like yours and to children just like you!

8. The Secret Seven, by Enid Blyton

9. Harry Potter and the philosopher’s stone, by J. K. Rowling

10. The enormous crocodile, by Roald Dahl 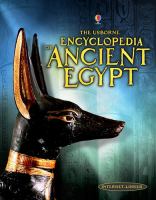 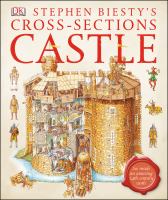 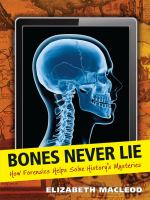 Mercy Watson fights crime: I enjoyed this book because Mercy is funny. This book is about Mr.and Mrs Watson who have a pig called Mercy. One night Mercy hears a springing sound of a toaster. Mercy loves toast especially with a great deal of butter so she jumps out of bed and clomps down the stairs.  She sees a small man with a pointy nose she didn’t see toast and she couldn’t smell toast what was it? it was a thief. Leroy Ninker had always dreamt of being a cowboy but first he wanted to be a thief .Mercy was tired so she went to sleep in front of the door way just as Leroy leave. He was too late how could he get out? Just as he stepped she woke up. Leroy opened the door, Mercy ran around the backyard, the next door neighbour dialed the fire men, the animal pound and the police, they caught Leroy Ninker. Then Mrs Watson made toast with a great deal of butter to say thank you.

I think it’s a really good book because it’s really funny.When you start to read the book you don’t want to stop reading it.
Gangsta granny has white hair, false teeth,she has used tissues and she’s an international jewel thief.

Encyclopedia Brown solves them all, by Donald J. Sobol (1924-)

It’s a book about a boy who can solve any crimes. I enjoyed the book but I wish that it was 1 long crime per book rather than lot’s of little ones.

James Adams has been recruited on a mission with Dave. James has to make friends with Max Tarasov, the son of small-time crook, Leon Tarasov. As soon as James starts to dig up some leads he realises he needs information from an 18 year old boy. The only problem is the boy fell off a roof and died 13 months earlier. Follow James’ mission as he trys to reveal the mystery behind the robbery… 4 stars.
Review by Nina of Wadestown