Since the summer holidays are fast approaching, and our Summer Reading Adventure has already launched, now is the perfect time to highlight our children’s audiobook collection.

Audiobooks are a great distraction for long car trips, and are also a good way for more reluctant readers to keep up their reading over the summer. And we have so many audiobooks for you to choose from, and so many ways to access them as well!

If you prefer to use a CD player to listen to your audiobooks, then head on down to one of our branches and keep an eye out for the Children’s Audiobook section where you can browse the collection of available books-on-CD. You can also search and reserve audiobooks through our catalogue so the titles you’re after are ready and waiting for your next library visit – and check out our Quick Searches page! Here you can get a quick list of hundreds of kids audiobooks to scroll through.

If you’re into eAudiobooks, we have two different services you can use to listen. Both are free to use – you can use them in your browser or just download the app onto your phone, tablet, computer, whatever device you have, and sign in with your library card barcode number and your 4-digit pin.

Our eAudiobooks show up on our catalogue when you’re searching, just like our regular audiobooks. All you have to do is check which kind of eAudiobook it is, Borrowbox or Overdrive!

The description in the catalogue search results will tell you what kind of book it is, and where to get it! This one is an Overdrive eAudiobook.

Borrowbox has several thousand different titles, and a big focus on eAudiobooks. They’re an Australian company so are a bit more likely to have titles from closer to home.

With Borrowbox you can search for specific titles, or filter by age and explore featured lists such as Chart Toppers or new books, and you can have 25 eAudiobooks and 25 eBooks out at a time!

Overdrive has got two apps you can use, Libby and Overdrive, but both have exactly the same books on them and you can use both or either, whichever you like best!

There are a lot of curated booklists available on Libby and Overdrive, such as the Stay At Home Audiobook Selection from earlier this year, Alternative Fairy Tales and Folklore, and even a dog themed booklist! Probably the most exciting of these lists though is the Unlimited Loans: Kids Audiobooks collection. With this list of 100 eAudiobooks you don’t have to wait for the person before you to return them to the library – they’re always available!

You can have 20 titles – eAudiobooks and eBooks – out a time through Libby and Overdrive.

So now you have all these different options for accessing audiobooks, but when are you going to listen to them, and what kind of book do you want? Do you want a nice long chapter book with an adventure in it to listen to on the long car trip to your grandparent’s house? Or maybe you’d like a Christmas story to listen to as you decorate your tree? Or some shorter stories to help lull you off to sleep?

In case you’re having a hard time deciding what to listen to, here are a few ideas to get you started: 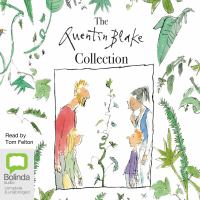 The Quentin Blake collection / Blake, Quentin
“A collection of gorgeous stories from Quentin Blake, one of the best-known and most highly regarded illustrators of our time, internationally celebrated for his partnership with Roald Dahl.” (Catalogue) 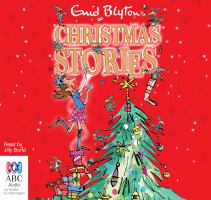 Christmas stories / Blyton, Enid
“In this collection there is mystery and magic, laughter and mischief, the joy of shared times and plenty of delicious food, many of the ingredients that have been delighting Enid Blyton’s fans for more than seventy years.” (Catalogue) 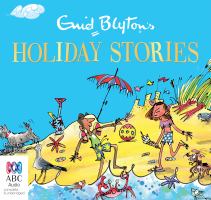 Holiday stories / Blyton, Enid
“A wonderful selection of stories to read and share. From sandcastles at the beach to enchanted ice-creams, step into the summer with these delightful characters. Adventure, fun and magic can all be found on holiday with Enid Blyton, who has been delighting readers for more than seventy years.” (Catalogue) 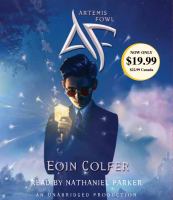 Artemis Fowl / Colfer, Eoin
“When a twelve-year-old evil genius tries to restore his family fortune by capturing a fairy and demanding a ransom in gold, the fairies fight back with magic, technology, and a particularly nasty troll.” (Catalogue) 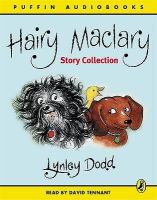 Hairy Maclary story collection / Dodd, Lynley
“Collection of amusing stories about the adventures of the dog Hairy Maclary and his friends who just want to have fun, but trouble is never far away! Suggested level: junior, primary.” (Catalogue) 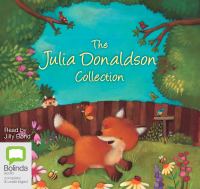 The Julia Donaldson collection / Donaldson, Julia
“Follow the Swallow: When Apollo the swallow flies to Africa, Chack the blackbird wants to send him a message. But Africa is far away. Can a jumpy dolphin, a grumpy camel, a greedy crocodile or a playful monkey help to deliver the message? […]” (Catalogue) 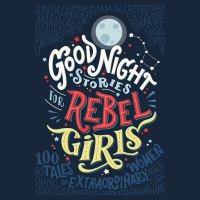 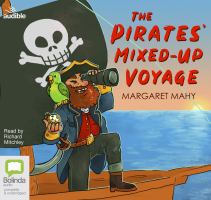 The pirates’ mixed-up voyage / Mahy, Margaret
“Captain Lionel Wafer and his fellow-pirates, Toad, Brace-and-Bit and Winkle, are no ordinary ruffians. Clinging to the belief that life should be simple, free and unplanned they set off in a converted teashop of a ship[…] to sail backwards and forwards over the bounding blue […]” (Adapted from Catalogue) 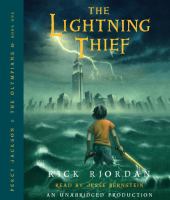 The lightning thief / Riordan, Rick
“Twelve-year-old Percy Jackson learns he is a demigod, the son of a mortal woman and Poseidon, god of the sea. His mother sends him to a summer camp for demigods where he and his new friends set out on a quest to prevent a war between the gods. Suggested level: intermediate, junior secondary.” (Catalogue) 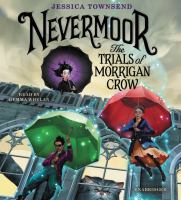 Nevermoor : the trials of Morrigan Crow / Townsend, Jessica
“A cursed child destined to die on her eleventh birthday is rescued and whisked away to a secret realm called Nevermoor and given the chance to compete for a place in a prestigious organization called the Wundrous Society.” (Catalogue)

May is New Zealand Music Month, which celebrates music from New Zealand, and the people who make it.

So we thought we would share some music, (and picture books) by Kiwi musicians from the children’s collection!

For more information, on events and ideas on how to celebrate, visit the following websites:

Songs for Bubbas by Anika Moa.

Move over, The Wiggles! There’s a new (solo) performer, cheeky and beautiful Kiwi songwriter, Anika Moa returns with her albums for children: Songs for Bubbas One and Two. Filled with songs about love, laughter and… animal noises that will keep children… and parents entertained for hours on end!

The albums are half Te Reo Maori, half English. These songs will be enjoyed in every primary school and kindy around the country for years to come.

A collection of songs from the NZ Children’s Music Awards performed by various Kiwi musicians.

Babies, toddlers and parents can also come, and sign along to these songs during the  weekly interactive sessions of Baby Rock and Rhyme. Available at the following branches:

Kiwi performers, and sisters, The Topp twins have published picture story books for children featuring the illustrated text, and CD of classic children’s song, which includes: 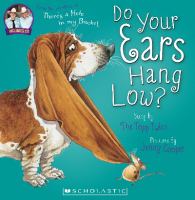 Do your ears hang low?

“The traditional song ‘Do Your Ears Hang Low?’, performed by the Topp Twins,  featuring a number of animals with differently shaped ears, which includes a hound dog, a mouse, lop-eared rabbit, llama, pig, etc”. 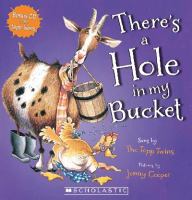 There’s a hole in my bucket!

Henry’s bucket has a hole and as Liza gives the instructions on how to fix it, he in turn gives her all the reasons why he can’t. 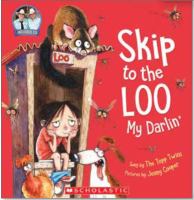 Skip to the loo, my darlin’ 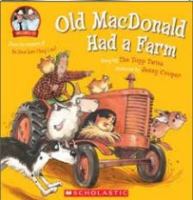 Old MacDonald had a farm.

“Old MacDonald had a farm, E-I-E-I-O, and on that farm he had some fun and games and DRAMAS with those rascally, rowdy farm animals! Cluck, moo, woof and hum along to this all-time favourite song by the Topp Twins”–Publisher information. 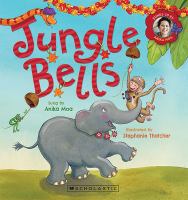 Based on the traditional Christmas song Jingle Bells but rewritten (to same tune) as a jungle holiday animal Christmas. Featuring a cast of jungle characters including elephants, hippos, monkeys and even a dung beetle. Recording sung by Anika Moa”–Publisher information. 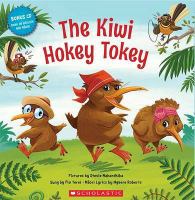 “New Zealand animals all come together to dance to the Kiwi Hokey Tokey. Sheep, Tuataras, Kiwis, you name it!”–From publisher. 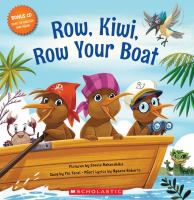 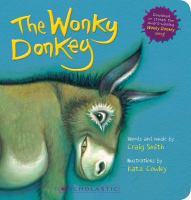 An oldie, but a goodie! Winner of the 2010 New Zealand Post Children’s Choice Awards, New Zealand Post Children’s Choice Award, Picture Book Category winner and APRA Children’s Song of the Year, 2008, this very funny, cumulative song, each page tells us something new about the donkey until we end up with a spunky, hanky-panky, cranky, stinky, dinky, lanky, honky-tonky, winky, wonky donkey which will have children in fits of laughter! You also might like Willbee the Bumblebee. 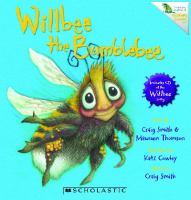 Willbee’s yellow and black stripy jumper catches on a thorn and unravels completely, he’s too embarrassed to move. How will he make it home? Suggested level: junior. 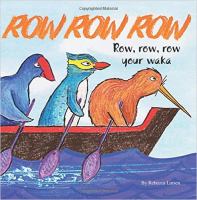 An illustrated picture book and CD audio recording of the song ‘Row, row, row your waka. “New Zealand friends Pūkeko, Kiwi and Hōiho go on a journey. Join them in their waka, perform actions and sing along while you row, row, row. “–Back cover.

Hits for Kids 2017 features 20 of the hottest hits of the year from some of the biggest names in pop music.

Walt Disney Records presents the All Time Favorite songs and scores from favorite Disney-Pixar films in one CD. The album includes music from Toy Story 1, 2, and 3, Cars 1 & 2, Brave, Finding Nemo, and more!

These CDs are part of a series of releases that includes some of Disney’s biggest and best titles from their top animated films. 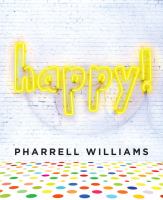 “Grammy Award winner Pharrell Williams brings his beloved hit song to the youngest of readers in a blend of illustrations and photos of children celebrating what it means to be happy.”–Book jacket front flap. 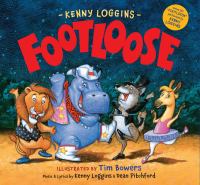 In this version of the pop rock song “Footloose,” zookeeper Jack joins the zoo animals in an all-night dance party.

But wait, there’s more new stuff! We’ve got some interesting new DVDs and books on CD you might like to know about, from a documentary about humpback whales, through yet another Bob the Builder DVD (always a favourite), to the movie City of Ember (which is based on the book by Jeanne DuPrau). There are also books on CD by Jacqueline Wilson (The Mum-Minder), Penelope Lively (The Whispering Knights) and the last Artemis Fowl book (Artemis Fowl and the Time Paradox by Eoin Colfer), plus much more! Just visit the My Library page!