Well done me for surviving a castle. Mind your head, castle defences are extremely hard to go past

Puzzle castle is a book with lots of puzzles about castles. I really loved this book as I like nothing better than a good puzzle. Castles are pretty neat too. I think this is a 5 star book and is great if you are bored.

What I loved about this book was how everything is always changing, leaving suprises and hints throughout the pages. This was a well thought out book and is a great book for 10-12.

Reviewed by Rebecca from Brooklyn and Hataitai School , 12 years old

a very informative book about castles.what is that, why they were made, who used to live in them.i loved reading that book.

The holidays are at an end. With school and winter rolling around the corner, it looks like the blues are about to set in. But have no fear, here’s another selection of new junior non fiction to enhance your knowledge base and make sure you ace at all your school subjects.

Get smart with money while you’re still young! Fun, and informative, this useful guide can help put you on the path to managing your money, from earning it to saving, spending, growing and sharing it. Also features information about the financial crisis, bitcoin, and identity theft.

The recorded poems of Och Aye the G‘Nu.

He’s a handsome young calf, he’s a wildebeest, too. But in Scotland they call him young Och Aye the G’Nu… Jimmy Barnes, Aussie rock legend and grandad, has penned this delightful collection of poetry for the young grandson he affectionately calls G’Nu… Read along with Jimmy in this treasured keepsake for sweet g’nus everywhere. 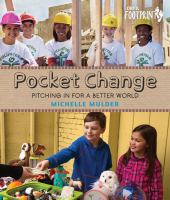 Pocket Change: Pitching in for a better world.

This book explores how growing a cabbage can fight poverty, how a few dollars can help ten families start their own businesses, and how running errands for a neighbor can help you learn to become a bike mechanic. It asks the question “What if you could meet all your consumer needs while, at the same time, get to know your neighbors and protect the environment? 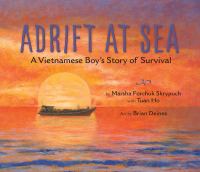 Adrift at sea: A Vietnamese Boy’s Story of Survival.

“Tuan and his family survive bullets, a broken motor, and a leaking boat in the long days they spend at sea after fleeing Vietnam. A true story as told to the author by Tuan Ho. Includes family photographs and a historical note about the Vietnamese refugee crisis”– Provided by publisher. 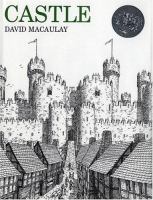 A beautiful book that showcases and contains text and detailed drawings follow the planning and construction of a “typical” castle and adjoining town in thirteenth-century Wales.

Spring has sprung! The weather can be a bit mucky – sunny one day, raining the next. So it’s a good idea to have some awesomes reads on hand in case you need some emergency entertainment while waiting for the sun to shine. Try these new fiction books:

The Whispers of Wilderwood Hall by Karen McCombie

Ellis is losing track of time … Following her mother’s marriage to a famous rock star, Ellis moves to a crumbling old mansion in the wilds of Scotland. Far away from her friends and familiarity, she finds waves of anxiety rolling in and threatening to capsize her. But when she finds herself whisked back to the world of 1912 where she meets lonely servant girl Flora, Ellis finally feels like she’s home. But living in the past might not be as perfect as it seems … and is there more to hope for in the present than she first thought?

The Castle of Inside Out by David Henry Wilson

Lorina, a young schoolgirl, is led by a black rabbit through a wood to a magical land. There she finds a race of green people, who are all overworked, starving and suffering from the toxic fumes billowing out of a nearby castle. She decides to gain access to the castle for the poor green people, and within its walls she meets the “insiders”, selfish creatures who hoard all the resources and treat the outsiders as slaves. Her quest leads her to encounter the bureaurat, the superviper, the farmadillo and, eventually, the awful Piggident himself.Will she be able to save the green people from the cruelty of these “insiders”?

Join three friends as they use their imagination, settle playground scores and alter the entire course of history in the process! Big bully Zachary Black has stolen the awesome comic that Sid has spent hours drawing. Zachary sets Sid a challenge – beat him in an arm wrestle and the comic is his once again. Sid’s evil-genius neighbour, the Mighty Professor Skeletron, calculates Sid’s chance of victory as one in ten, so they create a Time Rescrambler in order for Sid to take the challenge ten times… and eventually win! But catastrophe strikes when the rewind button jams and the boys, along with Sid’s little sister, Wendy, are transported back to the time of the Mongol Empire. To make matters worse, the device falls into the hands of a fearsome warrior. Will they save the world, or will life as we know it no longer exist?

Alanna the First Adventure; Song of the Lioness #1

Eleven-year-old Alanna, who aspires to be a knight even though she is a girl, disguises herself as a boy to become a royal page, a learning many hard lessons along her path to high adventure.

The Spy Who Loved School Dinners by Pamela Butchart

Izzy is really pleased to have been put in charge of the new girl at school. Matilde is French, and Izzy and her friends can’t wait to show her their den and its moth, and to help her avoid school dinners (also known as poison). But Matilde LOVES school dinners and even has seconds! And that’s when they know. Matilde is a spy and she has come to find out their secrets. They must stop her before it’s TOO LATE!!!

It has things, a lot of cool castle stuff models that I like to try building with my lego. The village model is my most favourite. I wish I could make it and I can have all the brick parts to build it.

Tom, Elanor, Sebastian and Quinn have to find a Griffin’s feather, a unicorn horn and a sea-serpent’s scale. First they have to escape from Wolfhaven Castle alive. So can they make it? I liked it because it is a story with adventure and mystery in it and some fighting. There 5 books in this series which are also amazing. I recommend it for 8+

An adventure to find if the ghost is real. Will the gadgets that Izzie made help them find the coins that have been lost from the kerrin chest? Will they find the right castles to go to each night and solve the clues? This is an adventure story about how the four girls who thought they were so scared of a movie at home went on a scary adventure with bats and ghosts.

Have you ever been wandering around an old castle or a crumbling mansion? Did you hear the stories of the past told by  its ruins or its demolished walls? Did anything odd happen to you that you felt you were going on an adventure?

If so, here is a bunch of medieval-royal-epic mysteries you might enjoy… !

Ephraim Appledore-Smith is an ordinary boy living an ordinary life. But all that changes when his father suffers a stroke, and his family moves to the Water Castle – their ancestral home in the small town of Crystal Springs, Maine.

Mallory Green’s ancestors have always been the caretakers of the Water Castle – and the guardians of its magic. She’s been raised to protect the legend of the Fountain of Youth, rumored to exist on the grounds. But ever since her mom left, she’s stopped believing in magic.

When Ephraim learns of the fountain, he’s sure finding it can cure his dad. With Mallory and Will’s help, Ephraim embarks on a mission that brings them deep into their families’ shared history, through every mysterious room in the Water Castle, and on a quest that will blur the lines between magic and science, creativity and discovery, leaving you to wonder: DO YOU BELIEVE IN THE UNBELIEVABLE???

Long ago, a King ruled the land of Story… During his reign, Heroes, Villains and characters of all kinds lived out tales filled with daring quests and epic struggles.

Then the king disappeared, and over the years, nearly everyone forgot that he had ever existed. Now an evil Enemy has emerged, determined to write a new future for Story that he will control. And an ordinary girl named Una Fairchild is inextricably tangles up in his deadly plan…

Thrice upon a Marigold, by Jean Ferris

Once… Twice… Thrice the fun!

There’s always trouble on the way to happily-ever-after in Zandelphia-Beaurivage, but don’t tell King Christian and Queen Marigold. They’ve just welcomed little Princess Poppy to the royal family. Life at the palace seems happier than ever- until the princess is kidnapped by the kingdom’s ex-torturer-in-chief and ex-poisoner-in-chief as an act of revenge!

Rescuing the princess from the bad guys won’t be easy- it might take the king, the queen, the royal guards, a librarian, a blacksmith, a retired wizard, a white elephant, and a fire-breathing dragon! Can this royal kidnapping caper finally end in a happily-ever-after for all?