This is a blog post that pays tribute to popular fairy tale, Beauty and The Beast. Beauty and the Beast  is a traditional fairy tale written by French novelist Gabrielle-Suzanne Barbot de Villeneuve and published in 1740 in La Jeune Américaine et les contes marins (The Young American and Marine Tales).

The story that a young woman named Beauty, who offers herself in exchange for her father, who has been imprisoned by the Beast, after stealing a rose from the beast’s garden, which was intended for Beauty as a gift. She discovers that her captor is an enchanted prince in disguise, who must find true love, despite his ugliness, to revert back to his former self. The question is can Beauty look beyond the beast’s ugly exterior and find true beauty within his heart?

Check out other versions and retellings of this classic fairy tale that the library holds: 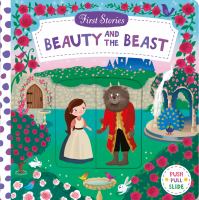 Beauty and the Beast, illustrated by Dan Taylor.

Beauty and the Beast is a perfect introduction to this classic fairytale. Push, pull, and turn mechanisms bring the story to life and introduce all the main characters: Beauty, her father, and of course the Beast! This well-loved fairytale is beautifully imagined for a new generation by children’s illustrator Dan Taylor. 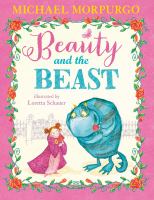 Beauty and the beast / retold by Michael Morpurgo ; illustrated by Loretta Schauer.

A captivating retelling of the nation’s favourite fairy tale, from the nation’s favourite storyteller, Michael Morpurgo. After encountering a fearsome beast at a mysterious palace, down-on-his-luck merchant Marco is forced to make a promise in exchange for his life: he must persuade one of his three daughters to return to the palace in his place – but she must come of her own free will. Beautiful, kind-hearted Belle agrees at once to return to the palace, and there she and the Beast exist companionably, with the Beast asking of Belle the same question at the end of each day: “Dearest Belle, will you marry me?” After a return home to consult with her father, Belle resolves to follow her heart and return to the Beast, but her plans are thwarted by the trickery of her jealous sisters. When, at last, Belle is able to find her way back to the palace, she finds her beloved Beast lying as still as death on the ground. As Belle’s tears fall on his face, the Beast is transformed into a handsome prince the ancient spell upon him broken by Belle’s tears of true love.

Beauty and the Beast / by Melissa Lagonegro ; illustrated by the Disney Storybook Art Team.

Belle is trapped in a castle, under a terrible curse. Can she break the spell? 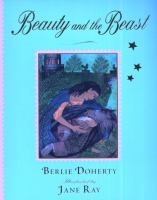 Beauty and the beast / [retold by] Berlie Doherty ; illustrated by Jane Ray. 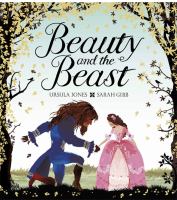 Beauty and the beast  retold by Max Eilenberg ; illustrated by Angela Barrett. 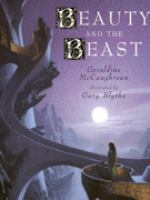 Beauty and the beast by Geraldine McCaughrean ; illustrated by Gary Blythe. 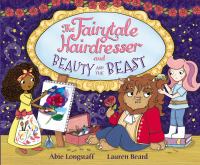 The Fairytale Hairdresser and Beauty and the Beast by Abie Longstaff & Lauren Beard. 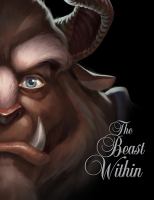 The beast within : a tale of beauty‘s prince  by Serena Valentino.

Presents an adaptation of the classic Beauty and the Beast fairy tale from the perspective of the cursed prince who is transformed from a beloved and jovial ruler into a reclusive and bitter monster in search of true love.

Love to watch stories? Now we have Walt Disney’s Animated classic of Beauty and the Beast available on DVD at your local library! 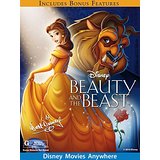 Walt Disney’s Beauty and the Beast.

A Walt Disney movie about a tough no nonsense heroine, named Belle (French word for Beauty), who offers herself in exchange for her father, who has been imprisoned by the Beast, and discovers that her captor is an enchanted prince in disguise. While the situation is anything than ideal, this Beauty and the Beast must learn, in a very Pride and Prejudice-like way to overcome their pride and stubbornness, in the hopes of falling in love and breaking the beast’s enchantment. This film is beautifully constructed and made! Filled with lots of quirky characters, in the form of Lumiere (a candle stick), Cogsworth (a cynical clock), Mrs Potts (a mother-hen teapot) and many musical numbers. A film that the entire family can enjoy – especially on a Saturday night! 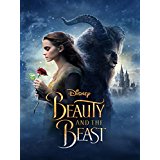 Movie Review: Beauty and the Beast.

Belle (Emma Watson), a bright, beautiful and independent young woman, is taken prisoner by a beast (Dan Stevens) in his castle. Despite her fears, she befriends the castle’s enchanted staff and learns to look beyond the beast’s hideous exterior, recognising the kind heart and soul of the true prince that hides on the inside.

This film is beautifully constructed and made! Overall it was an interesting revamp of the original animated 1992 classic. Filled with the same musical numbers and dance sequences, there a few twists, turns and few surprises during the film. Sorry, no spoilers in this review. The ballroom scene where Belle and the beast are dancing is fantastic. Belle’s dress and the dance moves – WOW, could possibly put the previous Disney Princess, Cinderella to shame!

All the characters had a part to play, had more depth, personality and beautifully showcased their uniqueness on screen. Even actor, Luke Evans did a very good job at playing arrogant, vain and sadistic baddie, Gaston, who foolishly hopes to win Belle’s hand, who in turn politely, but firmly rejects him! He didn’t have a bad singing voice either.

The characters:  Lumiere, Cogsworth and Mrs Potts were wonderful and entertaining. I particularly loved Lumiere’s number “Be Our Guest”, beautifully sung by Ewen McGregor.

Dan Stevens is phenomenal (and perhaps a tad bad tempered) as the beast. I always cracked up over his dry sense of humour. Overall he did the character of the beast justice to its original predecessor. I found there was more depth to the characters: Belle and the beast, and perhaps more of a back story as to how their background, experiences and personalities shaped the people that they came to be. I think in a sense these two are portrayed as mirror images of each other and have great, not to mention a unique chemistry.

I think Emma Watson plays Belle as more lady-like in this film. Not as openly stubborn and strong willed as the original Belle, but more quietly assertive and determined. Not to mention she is very polite in standing up to the beast and Gaston.

As always, the story encourages viewers to look beyond the superficial and to be compassionate, curious, humble, and generous. This movie is a must see and has been worth the long wait. A film that the entire family can enjoy on a night out on the town– especially on a Saturday night! 9/10 all the way!

Also check out the trailer and some musical numbers from the film.

The final trailer for the 2017 live action movie, Beauty and the Beast has been released and this trailer definitely illustrates the potential for this film to be one of the greatest and highly anticipated films for 2017. The characters and CGI effects are fantastic! Emma Watson owns the role of Belle and as for the beast, well he is monstrous on the outside, but a real softie underneath, not to mention has a very dry sense of humour.  So save the date, March 17, where you will get to rediscover one of the classic fairy tales as old as time in your local cinema. Enjoy!