March is here and Autumn has begun.  In New Zealand Autumn starts on the 1st March through until 31st May.  You might start to notice the change of seasons as the weather begins to cool after our hot Summer, and the days gradually become shorter.  The Maori term for Autumn is Ngahuru which refers to the 10th month of the Maori calendar and is traditionally the time for crop-lifting and the kūmara harvest in March.  While New Zealand’s native flora is evergreen, the leaves on our deciduous trees (ones that shed their leaves each year) turn bright yellows, oranges and reds for Autumn. 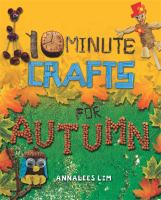 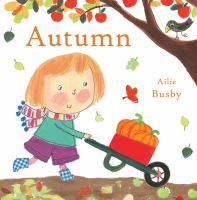 Autumn is here. The days are shortening and the mornings are getting a little chilly. The sun is lower in the sky and it sets earlier each day. The air temperature drops and we usually have more rain. The signs of autumn are a signal to plants and animals that they have to get ready for winter.

Have you ever wondered why deciduous trees drop their leaves in autumn? It is because there is less sunlight to make food and the colder temperatures mean that the trees cannot get enough water from the frozen ground. But before they drop their leaves they remove all the valuable substances – like chlorophyll, that give the leaves the green colour.  This makes the leaves turn orange, yellow and red making the season of autumn look so pretty.

Why not take a look at some of our autumn fiction. Here is a selection of books with autumn in the title that you might like to try.

Please join us at the Island Bay Library on Thursday 18th April from 10.30am for Pauline’s Autumn themed storytime.

Then the wonderfully creative Colin from the Island Bay Community Centre will show us how to make an Autumn mobile which you can then take home with you!!!

Free event, all families and children welcome, invite your friends!

Halloween is celebrated on October 31st by people in countries all over the world, such as Canada, England and the USA.

Halloween comes from an ancient holiday that was celebrated by the Celts – the ancient people of Ireland, Scotland and England. It was called Samhain – said as SAH-ween. The Celts believed that on October 31st people who had died crossed over to the next world, and they lit bonfires to help the dead pass on their way. 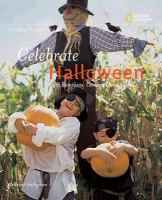 Centuries later The Pope, who is leader of the Catholic Church, named November 1st All Saints, or All Hallows Day, because Hallows is an old word for saint. The night before All Hallows Day was called All Hallows Eve. Eventually it became known as Halloween.

The Pope and other church leaders wanted Halloween to be a holy night, but because it had started out as a Celtic festival, many Celtic traditions remained. People put out food and drink for wandering ghosts, and for other spooky creatures. Then children and adults started dressing up as spooky creatures so they could get given yummy food and drink!

Because Halloween is in the Northern Hemisphere’s autumn, it is during their traditional harvest time. Harvest celebrations have become a part of Halloween, like apple-picking, hayrides and pumpkin carving.

Turnips were originally carved instead of pumpkins. The tradition comes from an English legend about a man named Jack. He was too bad to go to heaven, so he was doomed to wander the earth at night. He carved a turnip and put a light inside so he could see where he was going in the dark. It was a lantern, so it became known as a “Jack-o-lantern.”  Now pumpkins are usually carved as Jack-o-lanterns.

All the facts in this post came from the book Celebrate Halloween by Deborah Heiligman.

Here are some other new books you might want to read about Halloween:

The Five Masks of Dr. Screem by R. L. Stine

How to Create Spectacular Halloween Costumes by Louann Brown

How to Make Frightening Halloween Decorations by Catherine Ipcizade

Night of the Living Dust Bunnies by Erik Craddock