Here’s an exciting selection of the newest Kids Fiction books to hit the shelves at your local library!  Get your homework done and snuggle up warm with your duvet and one of these!

The Lost Staff of Wonders by Raymond Arroyo

When the storied Staff of Moses responsible for summoning the plagues of ancient Egypt vanishes from the museum in Perilous Falls, Will Wilder is suspect number one. As the river runs with blood, sharp-toothed frogs surround his home, and clouds of swarming gnats choke the streets, Will must rely on his supernatural ability, everything he learned from his training, and help from his friends, siblings, and Great-Aunt Lucille to find the missing staff and unmask the hidden evil before time runs out for all of them.

Battle of the Heroes by Kate Forsyth

The quest comes to an end as Tom, Quinn, Elanor and Sebastian return to Wolfhaven with their four magical beasts and the gifts they bear. Will they be in time to stop Lord Mortlake’s deadly plot?

The Worst Years of My Life by James Patterson

Rafe Khatchadorian has enough problems at home without throwing his first year of middle school into the mix. Luckily, he’s got an ace plan for the best year ever, if only he can pull it off. With his best friend Leonardo the Silent awarding him points, Rafe tries to break every rule in his school’s oppressive Code of Conduct. Chewing gum in class – 5,000 points! Running in the hallway – 10,000 points! Pulling the fire alarm – 50,000 points! But when Rafe’s game starts to catch up with him, he’ll have to decide if winning is all that matters, or if he’s finally ready to face the rules, bullies, and truths he’s been avoiding.

When Big Ben takes off like a rocket after the World Cup, it takes a visit to the moon and the help of Chitty Chitty Bang Bang’s previous owners, the Pott family, to save Chitty and Little Harry.

While admiring the view of the city from his friend Edith’s apartment, Stick Cat notices that Hazel, the bagel maker, is in danger across the alley, and he devises a plan to rescue her.

The holidays may be over, but have no fear, Wellington City Libraries always has fantastic new books in stock for your viewing and reading pleasure. Come on down to your local library and check out what’s new in our junior non fiction collection, especially some must have new reads about the Olympics, which you should get your hands on before the games officially start:

Take a trip around the world and back again where you can  expand your geographical knowledge and stimulate  curiosity with this delightful map book.  Filled with fascinating, bite-sized facts about the landscape and the culture of each geographical region. Great for children over 6 years old.

Grab hold of this book and read all about the biggest, fastest, deadliest creepy crawlies on the planet.

Packed full of cool photos and fascinating facts about tractors. Perfect for reluctant readers and young children interested in tractors and automobiles

Pokemon madness has taken over the library, especially with the release of this fantastic Pokemon guide. Here is your chance to really catch all the Pokémon you can find, as uncover amazing artwork, fascinating facts and comical anecdotes. This is truly a must have reference for every Pokemon fan!

From running a marathon to beating your friends at basketball or being the bendiest gymnast around, find out everything you ever wanted to know about sports and games and what it is that makes athletes the best at what they do. A must have read to have in time for the Olympics. 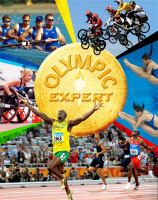 Read this book and discover record breaking sprints of 100m legend Usain Bolt, Gymnast Nadia Comenaeci’s perfect ten, Bob Beamon’s amazing long jump and David Weir’w wheelchair racing heroics and much, much more! This book is also crammed full of facts and statistics, quotes, trivia and lots of other essential information for every Olympic fan. Grab it quick before someone else does.

Minecraft : the survivors’ book of secrets.

The latest instalment of Minecraft as arrived in the form of  Minecraft : the survivors’ book of secrets. This Official Minecraft book contains collective knowledge of the Survivors – an underground group of Minecraft experts who’ve been around since the early days of alpha. Out in the field you’ll learn how to stalk your enemies, how to master the art of practical munitions and how to crush any opponent in hand-to-hand combat.