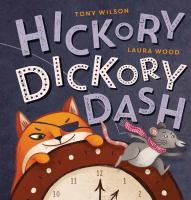 For the first time ever New Zealand is joining with Australia for an international storytime. Hickory Dickory Dash by Tony Wilson will be read simultaneously -at the same time- across both countries.

You can join us and take part at Wellington Central, Johnsonville, or Mervyn Kemp (Tawa) Libraries at 12.30pm on Wednesday 18th May.

At Wellington Central and Johnsonville Library events there will be a live video feed to libraries in Canberra in Australia -Cool! You will have the chance to wave and giggle with children in Canberra and ask them lots of questions. At 1pm Hickory Dickory Dash will be read aloud by a special guest reader, with the children in Canberra listening too.

Don’t miss out on this exciting historic event. All are welcome, bookings aren’t required.

In the current context of international tensions, isn’t it a good time to pick some good new fiction that will make you think, understand and reflect on important issues such as war, refugee and society crisis?

Alexander Altmann A10567, by Suzy Zail

Fourteen-year-old Alexander Altmann doesn’t need to look at the number tattooed on his arm. A10567: he knows it by heart. He also knows that to survive Auschwitz, he has to toughen up.

When he is given the job of breaking in the commander’s new horse, their survival becomes intertwined.

Alexander knows the animal is scared and damaged, but he must win its trust. If he fails, they will both be killed.

My brother’s secret, by Dan Smith

Twelve-year-old Karl is a good German boy. He wants his country to win the war – after all, his father has gone away to fight.

But when tragedy strikes and his older brother Stefan gets into trouble, he begins to lose his faith in Hitler. Before long, he’s caught up in a deadly rebellion.

When a boat carrying a group of asylum seekers is sunk by a freak wave, Faris wakes from the shipwreck in an Australia he’s always dreamed of. There are kangaroos grazing under orange trees and the sky is always blue. On a nearby beach, Faris meets a group of young people who have come from far different times and places.

They are also seeking refuge, and each has their own story of why they had to leave their country to make a new life for themselves. It is only when Faris chooses to return to “real life” and find his father in Australia that he learns the extraordinary truth about the friends he made on the golden beach.

Rose goes to Ypres in Belgium to visit the graves of those who died in the Great war. There, the name of one boy stays in her mind: fifteen-year-old Valentine Joe.

That night, Rose hears marching and when she looks out of her window, she sees a young soldier… 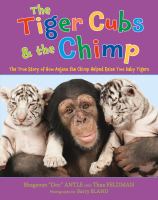 The Tiger Cubs and the Chimp: The True Story of How Anjana the Chimp helped raise two baby tigers.

This is an amazing book that tells the true story of how two orphan baby tigers were raised and cared on the T.I.G.E.R.S. animal preserve and shared numerous hours playing, cuddling, and swimming with them. But perhaps importantly, the cubs were raised and cared for by two surrogate Mums: A  human animal worker named China and her special helper, Anjana, a Chimpanzee. Yes, I kid you not! Styled as a picture book, I think children of all ages will enjoy everything about this book, from the heart warming story of Anjana and the two tiger cubs, Mitra and Shiva to the beautiful photographs. This book is especially ideal for anyone who has a weakness for wild cats, chimps and baby animals. 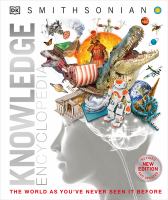 There is only one word to describe this book – Wow! This book is truly everyone’s (including Librarians) encyclopedia and knowledge handbook dream! Holds everything that you have ever wanted to know about… everything!  Uses text and computer-generated artworks to provide detailed, realistic explorations of a wide range of topics in six broad categories.  Also includes glossary.

The real Australia : your need-to-know guide for all things Australian.

Planning a trip to Aussie over the school holidays? The check out this all you need-to-know guide about everything and anything Australian. Includes maps, photos and information about what’s hot and all of Australia’s highlights that you really won’t want to miss. You will also get a taste for Australia’s amazing food scene, from beach barbecues to top chefs and tantalizing accounts of the best sights. Another great read that will be enjoyed by children of all ages. 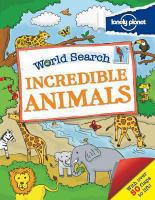 Lonely Planet has done it again by introducing a new series for kids on human/animal geography and places around the world… with a twist! You are able to lift the flap and see what’s inside! Complete with fun illustrations, you will have fun and learn heaps about incredible animals  and their real (and amazing) habitats around the world. This is a great book for kids who enjoy life-the-flap and puzzle books.

Paws and Whiskers by Jacqueline Wilson

Contains many (many!) short and funny stories about our favourite pets – cats and dogs! Snuggle up and read them all at once, or just a few at a time.

Ten-year-old twins Jimmy and Stella start a campaign to save their dying small town (population 49) by restoring the amazing hippomobile, an old-fashioned vehicle made out of a horse wagon.

Fizzlebert Stump #3: The boy who cried fish by A.F Harrold”Fizzlebert

Stump lives in a circus. His mum’s a clown, his best friend is a bearded boy, and he sticks his head in a lion’s mouth every night. Other than that, he’s pretty normal. When Fish the sea lion goes missing Fizzlebert tracks down the runaway beast to the Aquarium, with its piratical owner Admiral Spratt-Haddock, invisible octopus, and colour-coded fish. But the Aquarium has problems of its own. Fish (not Fish the sea lion, “fish.” Keep up.) are going missing, and the Admiral blames the circus. Can Fizzlebert solve the mystery, avoid an over-enthusiastic crocodile, and find his friend? (from –– www.goodreads.com)

A girl, who was born on the day her brother Bird died, has grown up in a house of silence and secrets; when she meets John, a mysterious new boy in her rural Iowan town, and those secrets start to come out. (From www.goodreads.com)

Racing the Moon by Michelle Morgan

Joe Riley is growing up in a tough neighbourhood of Sydney, Australia during the Great Depression.

It all starts off when Floss gets news from her Mum and her stepdad: they are moving to Australia!!!! But there is one problem: Floss won’t get to see her real Dad. Floss decides to move in with her Dad and leave her Mum. Floss and her Dad have a hard time trying to live together. Floss has stinky clothes, makes friends with a nerd, and leaves the most popular girl in school. Floss’ Dad loses his job and ends up working as a truckdriver and living at his old friend’s house. With this exciting book you will be reading it every night again and again. A very good book. 5 stars.

Review by Kate of Otago

Don’t Pat the Wombat is a fun(ny) story with features about camp. Worried about camp? Well read this book to see what camp is like. This book also includes a hilarious poem on page 46. 4 stars
Review by Ashlee of Johnsonville