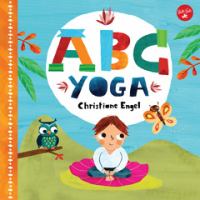 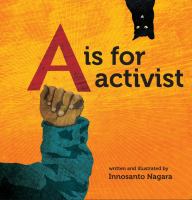 Alphabet books are books that list each letter of the alphabet (most often in order from A to Z) with corresponding pictures or information. Some books will list only the uppercase letters while others will list both the upper and lowercase.

Alphabet books aren’t just for babies! They can often have longer descriptions and detailed information about the topic referenced by each letter. These books are a fun way to explore puzzles, art, facts, alliteration, rhyme, humour, fantasy… you can use the alphabet-style of book for almost any subject!

They’re also a great way to

Wellington City Libraries have loads of alphabet books to suit every age and ability.

Here’s just a small sample to 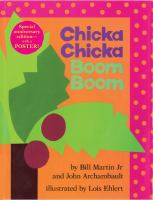 Animalia / Base, Graeme
“A picture book where familiar animals appear in unfamiliar situations and each page contains a wealth of hidden objects and ideas.” (Catalogue)

Once upon an alphabet / Jeffers, Oliver
“From an Astronaut who’s afraid of heights, to a Bridge that ends up burned between friends, to a Cup stuck in a cupboard and longing for freedom, this series of interconnected stories and characters explores the alphabet.” (Catalogue) 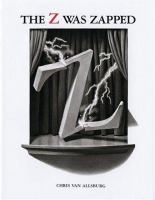 The alphabet theatre proudly presents The Z was zapped : a play in twenty-six acts / Van Allsburg, Chris
“Depicts how A was in an avalanche, B was badly bitten, C was cut to ribbons, and the other letters of the alphabet suffered similar mishaps.” (Catalogue) 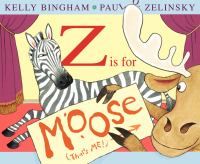 Z is for Moose / Bingham, Kelly L.
“Moose is eager to play his part in the alphabet book his friend Zebra is putting together. He is very disappointed when his letter isn’t in the book. Will they find a home for his name?” (Catalogue) 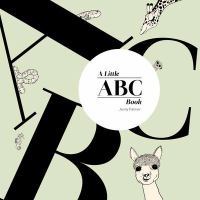 A little ABC book / Palmer, Jenny
“A Little ABC Book has poems and pictures for ‘little people’, picked by ‘little people’ Over 26 weeks, littlies in the community voted on a little animal for all 26 letters of the alphabet. Each little letter then got its own original poem and illustration by Jenny Palmer from her business, A Little Ink, until a little book was made! Working together was as easy as ABC (and a little inspiring too!). Find a little flying squirrel, otters, giraffes, penguins and even a little unicorn inside! We have created an alphabet you’ll love!” (Catalogue) 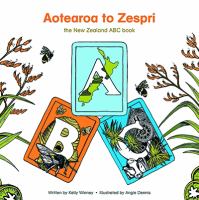 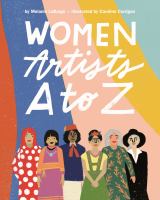 Women artists A to Z / LaBarge, Melanie
“From household names like Frida Kahlo and Georgia O’Keeffe, to French-born Australian artist Mirka Mora, to underrepresented creators such as Jaune Quick-to-See Smith and Xenobia Bailey, this empowering alphabet picture book features a variety of genres – painting, drawing, sculpture, and more. Each lushly illustrated spread summarises the artist’s work in one word, such as ‘D is for Dots’ (Yayoi Kusama) and ‘N is for Nature’ (Maya Lin), and gives the essential information to know about the creator. ” (Catalogue, abridged)

In this brand new version of Frightful Flight, discover (and laugh yourself silly) over all the dreadful (and horrible) details that your teacher won’t tell you and information about some seriously silly flying stunts, find out which scientist was blown up in a balloon, and learn how to build a world-beating plane. With fantastic fact files, quirky quizzes and crazy cartoons, this text is a real high-flier! Great resource to use for science homework.

This book is a must read book for all you Horrible Science fans out there! You will enjoy discovering how their auto-repair function works and where their top-of-the-range sensory equipment is in the guide that nobody can do without. With a new cover look and extra horrible bits at the back of the book, this title is sure to reach a new generation of readers. 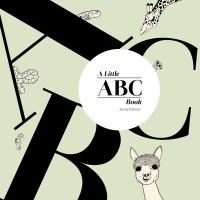 Forget C is for Cookie, start thinking A is for Alpaca. This gorgeous book is filled with poems and pictures for ‘little people’, picked by ‘little people’ Over 26 weeks, littlies in the community voted on a little animal for all 26 letters of the alphabet. A great resource to introduce littlies to animals and the alphabet. Defiantly a Librarian’s choice read!

A race car match between Lightning McQueen and Davy Jones?! Pirates of the Caribbean vs. Zurgbots?!,  and Wreck-it-Ralph a closet chess player?! Yep believe it or not, all this is happening in the wonderful (alternate) world of. Disney Infinity: Play without Limits. This book is amazing, not mention features all your favourite Infinity characters from Disney Infinity, a unique video game with infinite possibilities for imaginative gameplay in Toy Box mode and amazing locations in Play Set mode. Join Woody, Captain Jack Sparrow, Lightning McQueen, Hiro and Baymax, Maleficent and more Disney characters as they interact in the wonderful world of Infinity… and beyond!

Hands down, a fantastic read!

This text features science with the squishy bits left in! What makes your guts a brilliant home for bacteria? Which creature lays its eggs between your toes? Why is your toothbrush covered in germs? Get the answers in this book!

Ready for Maths like you have never seen it before? Read this book and discover how dominoes can be deadly, who would win an impossible race and how numbers can have superpowers and much more.