With the Black Ferns currently playing in the Rugby World Cup, and the Football Ferns soon to kick off in the 2023 Fifa Women’s Football World Cup, we thought we’d train the spotlight onto our amazing NZ female sports teams that are shining bright and creating sporting history! You’ll also notice a trend with the naming of our national women’s teams – most names incorporate a variation of the silver fern – an emblem that has become synonymous with New Zealand athletes and sports teams.

[NOTE: The Black Ferns and All Blacks play Rugby Union, which is a slightly different game to Rugby League.The NZ women’s Rugby League team is called the Kiwi Ferns]

Rugby World Cup 2021 – There’s a heap of firsts at this tournament.

This is the first time the women’s version of the Rugby World Cup will be played in New Zealand, and in the Southern Hemisphere. And it’s the first World Cup tournament to go ahead since the Covid-19 pandemic began (this event was delayed a year, and why it’s still called RWC2021).

It’s also the first time poi are handed out free to everyone attending the games – part of the Wā Poi (It’s Poi Time) movement to get the crowd twirling poi to support the teams.

Netball has been played in New Zealand since 1906. It is the most popular female sport in New Zealand. It was originally called women’s basketball and was played outside on grass courts. Players wore full-length skirts, hats, blouses and shoes. The net was a basket, closed at one end, so the referee had to clamber up and retrieve the ball after each goal! It was not until 1970 that the sport became officially known as netball in New Zealand. Today’s netball is fast-paced, physical and usually played on asphalt or indoor courts.

Even now, it is changing fast, with Fast5 Netball World Series taking place in Christchurch in November 2022. Fast5 is a variation of netball using only five players (regular netball has seven players a side) and features shortened games and goals worth multiple points.

The NZ women’s cricket team make its test cricket debut in 1935 against England.  In 1973 the first Women’s Cricket World Cup took place. The White Ferns are one of only three teams (NZ, England and Australia) to have participated in all ten editions of this tournament, winning in 2000 and making it to the finals on four occasions.

In 1992 The national women’s team was named the White Ferns at the same time as the men became the Blackcaps.

Both national sides (the Tall Ferns – women, and the Tall Blacks – men) made their Olympic debuts in 2000 at Sydney. And both teams won silver medals in the 2006 Commonwealth Games. The Tall Ferns then qualified for their third successive Olympics in 2008 at Beijing, but didn’t qualify for the 2016 and 2020 Olympics (which were held in Tokyo in 2021).

Modern hockey emerged in England in the second half of the 19th century. Women played hockey from the 1880s, with a women’s inter-provincial match held in 1899. Hockey was the first team sport played at international level by New Zealand women, who competed against a touring English women’s team in 1914. From the 2000s both the national men’s and women’s teams are known as the Black Sticks.

Get your game-face on and check out these books about some of the world’s amazing women athletes and the sport they play:

Stacey Waaka : world champion rugby player / Riley, David
“Follows Stacey’s journey from Ruatoki to the rugby stadiums of the world. Read about some of the many challenges she’s been through, including a terrifying bus crash, and how she overcame them. Find out how her faith, family, friends, coaches, teachers and culture have guided and powered her to aim high in life”–Back cover.” (Catalogue) 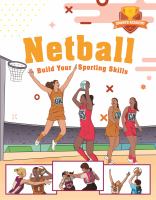 Netball / Gifford, Clive
“Build your netball skills with the Sports Academy series. Looking to take up a new sport? Or just thinking about ways to keep fit and healthy? This book is a great introduction to all the important netball skills you’ll need. Full of skills tips and illustrations showing key techniques, you’ll discover everything- from offence to defence. The series Sports Academy covers rules, equipment and major competitions through specially commissioned, step-by-step illustrations that clearly shows skills and techniques needed for a sport.” (Catalogue) 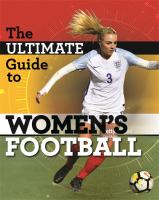 The ultimate guide to women’s football / Thorpe, Yvonne
“Dip into this fun, fact-packed book to discover the best of women’s football, from the world’s top leagues, players and competitions to awe-inspiring goals, dazzling skills and memorable celebrations. Football is fast becoming the top participation sport for women in the UK, with almost three million active players. With the next Women’s World Cup just around the corner in June 2019, The Ultimate Guide to Women’s Football offers young readers a great way into the game and provides practical advice on how they can start playing the beautiful game themselves. A perfect read for football fans aged 8 and up.” (Catalogue)

She shoots, she scores / Clarke, Catriona
“She Shoots, She Scores! tells the empowering story of how women’s football has become one of the fastest-growing sports in the world.  Young football fans will discover how the early female players overcame prejudice to set up their own teams, and read the compelling stories of players who beat the odds to become famous around the world” (Catalogue, abridged)

Hockey / Dufresne, Emilie
“From running to rugby, it’s time to get sporty. Pick a side, lace up your trainers and jump in! these informative titles will tell you everything you need to know to get into sports. Know the rules, learn the lingo and get kitted up. Check out your sporting girl heroes in the player profile, and learn what favourite sport is doing to your body. Tackle rugby, swing into tennis or make a splash in swimming — whether you’re a fierce footballer, speedy sprinter or a brilliant basketball player, we want to be on your team! Go girls!” (Catalogue) 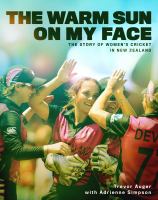 The warm sun on my face : the story of women’s cricket in New Zealand / Auger, Trevor
“It is the story of a game played for the sheer love of it, and of the hard work of the dedicated souls who built and sustained women’s cricket, often in the face of challenge and adversity. ” (Catalogue, abridged) 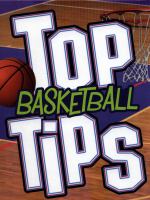 Top basketball tips / Rissman, Rebecca
“Swish! Every basketball player dreams of the perfect shot. Look inside to learn mechanics and tips to take your game to the next level.” (Catalogue)

Rising above. Inspiring women in sports / Zuckerman, Gregory
“Behold the power of women! These are the inspirational real-life stories of female superstar athletes Serena and Venus Williams, Simone Biles, Carli Lloyd, and more — role models all. For sports fans, aspiring athletes and readers of sports biographies. The athletes featured in this book met earth-shaking challenges head on, and through hard work and perseverance, went on to conquer the sports world. This collection of mini biographies, complete with first-hand content drawn from interviews, is a source of inspiration and self-empowerment for kids and sports fans of all ages. ” (Catalogue, abridged) 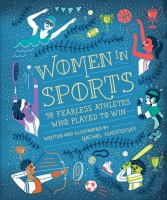 Women in sports : 50 fearless athletes who played to win / Ignotofsky, Rachel
“Illustrated profiles of fifty pioneering female athletes, from the author of the New York Times bestseller Women in Science. A charmingly illustrated and inspiring book, Women in Sports highlights the achievements and stories of fifty notable women athletes–from well-known figures like tennis player Billie Jean King and gymnast Simone Biles, to lesser-known athletes like skateboarding pioneer Patti McGee and Toni Stone, the first woman to play baseball in a men’s professional league. Covering more than forty sports, this fascinating collection also contains infographics about notable women’s teams throughout history, pay and media statistics for female athletes, and muscle anatomy. Women in Sports celebrates the success of the tough, bold, and fearless women who paved the way for the next generation of athletes” (Catalogue)