Disney mania continues on the kids blog… and at Wellington City Libraries!

Walt Disney has brought some fantastic movies for families’ enjoyment and entertainment, whether it is in a busy movie theatre or in comfort of your own home. He has been considered a pioneer of the American animation industry. Several of his films are included in the National Film Registry by the Library of Congress.

If you’re interested in learning more about his amazing life, why not read his biography:

“Fans of Disneyland, Disney World, and all things Disney are sure to enjoy learning all about the fascinating founder, Walt Disney. This new biographic reader reveals the interesting, enchanting life of one of the world’s most beloved storytellers and entrepreneurs. Level 3 text provides accessible yet wide-ranging information for fluent readers”– Provided by publisher.

New in the collection!

Since its release, Dumbo has taken the world of Disney by storm. Why not relive the magic… (and movie), of Dumbo with the following books:

In this novelisation of Walt Disney Studios’ live-action Dumbo, fans will experience the wonder of the breathtaking world created by the incomparable Tim Burton. Features all-new details and exclusive original content that will give fans insight into their favourite new characters. 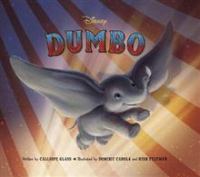 When Dumbo the baby circus elephant is separated from his mother, he will need help from his friends and belief in himself to find his way back to her.

Announcement: Dumbo will be released on DVD on 10th July. Click here for more information.

Here is another trailer for the much anticipated movie of the year, The Lion King.

You will see Nala, experience more comical antics from Timon and Pumbaa, a possible battle to the death between Simba and Scar and whether Simba will take his rightful place as king.

Guy Ritchie directs this live-action retelling of the original animated 1992 Disney classic, with Will Smith as the wish-granting Genie.

If you want to go on a journey of wonders, have non stop laughs, thrills and take magic carpet rides to an Arabian Night, then Aladdin is the film to watch!

The film is in a word, MAGNIFICENT and pays homage to the original animated classic, but also managed to create a whole new story, with some surprising twists you will not see coming.

In typical Disney style, the movie tells the story of Aladdin, a street urchin with a heart of gold, who falls in love with Princess Jasmine, who is trying to find her voice and make her way is a male dominated kingdom, culture and country. In order to make himself worthy of Jasmine’s affections, he helps the wicked and disgruntled palace vizier/sorcerer, Jafar, (who is just as wicked, however not as scary as Voldermort) retrieve a mysterious lamp from the cave of wonders. Aladdin’s whole life changes with one rub of a magic lamp as a fun-loving, shape shifting, humanoid Genie, played by Will Smith, appears and grants him three wishes, setting him on an incredible journey of discovery, love and true meaning of friendship and becomes the friend, mentor and surrogate father that Aladdin never had.

This movie is awesome! Awesome story! Awesome music! Lots of original songs such as A whole new world and Never had a friend like me. This movie also features  a new song sang by Princess Jasmine, played by Naomi Scott called Speechless.

There were lots of awesome scenes, camera angles, movie effects and playful banter between Aladdin and the Genie, and moments when the relationship between them transcends from servant/master to friendship. Will Smith’s role as the Genie was epic! He managed to pay homage to the original Genie, played by the late Robin Williams, while at the same time making the role his own.

As promised, the film delivered at being amazing, entertaining, heart warming, moments where you will laugh and dance for joy.

A well deserved 8/10… and highly recommended movie that the whole family can enjoy at the weekend!

Takeaways and wise words, from the film, to remember:

“Be specific with your words. The deal is in the details.” -Genie.

“If you don’t have anything, you have to act like you own everything. ” – Aladdin.

“I made you look like a prince on the outside, but I didn’t change anything on the inside. Prince Ali got you to the door, but Aladdin has to open it.” – Genie, (to Aladdin)

“Sometimes you just have to take a risk.” – Aladdin.

Check out some of the songs from the soundtrack, such as:

A whole new world, by both Mena Massoud, (Aladdin) and Naomi Scoot, (Jasmine) and ZAYN and Zhavia Ward.

And… some wise words from the man himself: