Check out this weeks Top 5 Must see Christmas DVDs!

Join Kermit the Frog, Fozzie Bear, Gonzo, Miss Piggy and the entire Muppet gang in this heart-warming holiday classic, where  the Muppets discover what matters most is their love for each other, even when things go wrong. This movie also features a celebrity cast including David Arquette, Joan Cusack and Whoopi Goldberg, and a show-stopping musical numbers like ‘Moulin Scrooge!’ Overall a funny, uplifting, heart-warming holiday classic that will bring joy to the world every Christmas season! You can’t go wrong with a Muppets movie!

2) Barbie in The Nutcracker.

If you love Barbie and ballet, then check out, Barbie, the lady herself, starring as Clara, relives the classic tale of the Nutcracker. The story is enhanced with computer-animated dance sequences. A great movie to watch this festive season. 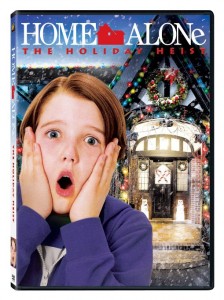 In the fifth and final instalment in the Home Alone franchise, Ten-year-old Finn Baxter thinks his family’s new house in Maine is haunted. But the truth might be even scarier. A trio of thieves are after a priceless painting hidden in a secret room by the previous owner. So when Finn and his sister find themselves home alone, Finn rigs up an elaborate array of techno-gadgets and booby traps to protect his pad from the bumbling criminals trying to break inches. Overall a great film that can be enjoyed by all ages and an even greater finish to the Home Alone franchise. 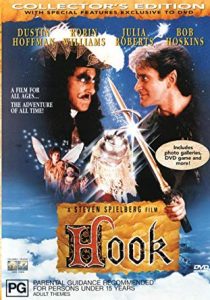 An oldie, but a goodie! A high-flying adventure from the magic of Steven Spielberg, Hook stars Robin Williams as a grown-up Peter Pan and Dustin Hoffman as the infamous Captain Hook.

Christmas has gone to the dogs with Beethoven’s Christmas Adventure. “When Henry, a wayward elf, crash-lands Santa’s sleigh and thieves abscond with Santa’s toy bag, it looks like Christmas won’t be coming this year — until the amazing Beethoven and his young human boy pal, Mason, join forces with Henry to save the holiday”–Ezydvd website.

Check out the trailer for “The Nutcracker and the Four Realms“, another retelling of the classic tale of The Nutcracker, and another Christmas themed movie to watch on the big screen this holiday season.

Clara, (Mackenzie Foy) enters a magical world, she meets a soldier named Phillip, a group of mice and the regents who preside over three realms, and must enter a fourth realm to retrieve a magic key and restore harmony to the unstable land.