Check it out, kids! Wellington City Libraries are jam packed full of Non Fiction goodies that have been shortlisted for the New Zealand Book Awards – Whoohoo! So what are you waiting for, come on down to the library or place a reserve to ensure you get hold of one or all of these amazing books that will widen your knowledge of New Zealand wildlife, creatures and some good old fashioned history. 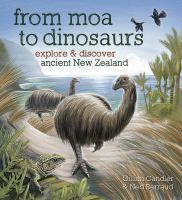 Prepare to go on a journey where you will get a glimpse of the animals that lived in ancient New Zealand just before people arrived. It then goes back in time, providing snapshots of particular periods, as far back as 180 million years ago. The range of animals covered in this book include: moa and other extraordinary birds that are now extinct; crocodilians and turtles; the shark-toothed dolphin and giant penguins; dinosaurs such as sauropods and theropods; as well as those resilient survivors who can still be found in New Zealand today, such as kiwi, native bats, giant weta and tuatara. Overall I found this beautifully illustrated and a wonderful resource that will intrigue and encourage children to learn something about the origins of New Zealand. 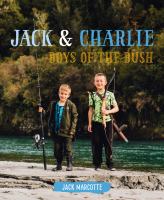 Jack and Charlie: Boys of the bush.

“The true story of two boys who live on the wild and rugged West Coast of the South Island. Join Jack and Charlie as they go whitebaiting and fishing, panning for gold, chopping wood with their tomahawks, firing at targets with their bows and arrows, plucking ducks, camping in the bush and rafting down rivers”–Publisher information. 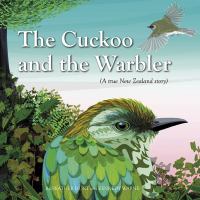 The Cuckoo and the Warbler.

This book tells the true story of one of the most remarkable wildlife relationships in New Zealand, between pipiwharauroa, the shining cuckoo, and riroriro, the grey warbler. It is a story of tragedy, trickery and faithful care – and it plays out each spring and summer in the forests of Aotearoa. Although rarely seen by humans, the interaction of these two native birds is a striking example of nature’s inventiveness. Overall a beautiful, heart warming story that can be enjoyed by children and adults.

The Genius of Bugs.

Discover a world of insects as you have never seen it before. “Inspired by the science exhibition Bug Lab, which was brought to Wellington in December 2016 by Te Papa and Weta Workshop”, The Genius of Bugs presents a cast of amazing and unexpected bugs, from the killer brain-surgeon jewel wasp to the master-of-disguise orchid mantis, to the New Zealand favourite, the wētā”–Publisher information. This book is guaranteed to be a favourite.

Torty and the Soldier.

“Meet Torty! She’s one tough little tortoise with a beat-up shell and some missing toes. Torty survived a great war that raged in Europe one hundred years ago. She was rescued back then by a young Kiwi solder. Torty is a true World War One survivor. “–Publisher information. This book is in one word – AWESOME! and is a book that can be enjoyed by children and adults.