Another school term has began and Wellington City Libraries has some new non-fiction books for you to get stuck into. Enjoy!

What is mythology? The Free Dictionary defines mythology as “a traditional, typically ancient story dealing with supernatural beings, ancestors, or heroes that serves as a fundamental type in the worldview of a people, as by explaining aspects of the natural world or delineating the psychology, customs, or ideals of society.” While the Oxford Dictionary defines mythology as “a collection of myths, especially one belonging to a particular religious or cultural tradition.”

If you are interested in Greek mythology and looking for shorter and easier myths to read than Rick Riordan’s “Percy Jackson & the Olympians”, then this story of Orpheus and Eurydice will  appeal to fans of that series. Shakespeare once said “the course of true love never did run smooth.” At least not for Orpheus and Eurydice. So when Eurydice is killed by a snakebite on her wedding day, her husband, Orpheus journeys to the Underworld to negotiate with Hades himself to win his bride back. Can true love triumph over the dark power of the Underworld? You’ll have to read the story to find out.

Also check out Myths in 30 Seconds for easy reads on Greek, Roman… pretty much myths and legends around the world. This book is a perfectly enchanting introduction to mythology for lively minds. 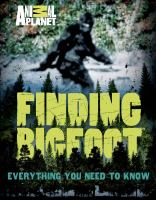 If you have already watched and/or a big fan of the show, Finding Bigfoot on Animal Planet, then you will love this book that is full of information and details of actual sightings of Bigfoot based on real encounters around the world, evidence for the existence of the controversial animal and viewpoints of skeptics and scientists on the subject. After reading this book you can decide for yourself whether Bigfoot real or a myth?

Also check out The Unsolved Mystery of Bigfoot.

We all know Bear Grylls for his television series Man vs. Wild, writer of the Mission  Survival series and the real-life action man who has survived in dangerous environment few would dare to visit. but what don’t you know? Read the latest biography on his life and find out how Bear Grylls started out by engaging in secret childhood missions to climb the town’s school buildings and steeples, to starring in his own global TV series and becoming one of the world’s toughest adventurers. As a bonus you will also find out what it’s like to take on mountaineering, martial arts, parachuting, life in the SAS and all that nature can throw at you! This is one book that can be enjoyed by kids of all ages!

Also check out his books from the Mission Survival Series: Gold of the Gods, Way of the Wolf and Tracks of the Tiger. 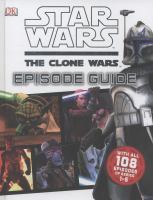 Yes siree! We have another addition to the Star Wars collection in our library with Star Wars, The Clone Wars : Episode guide. Take a journey back through the clone wars and relive the dramatics events that took place in all episodes of the Star Wars: The Clone Wars series. Also includes coverage of everything from key plot points and characters to spaceships and weapons. 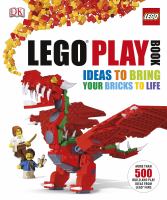 LEGO play book : ideas to bring your bricks to life. Lego! Fairy Tale characters! Mythological creatures! Ghosts and ghouls! Marine life! Barnyard beasts! Safari giants! Who can ask for more? if you enjoyed The Lego Ideas books, then you will love this book that  encourage kids to think, build, and play with more than 200 different LEGO builds and create amazing LEGO models of their very own. This book is fantastic for any LEGO builder looking to be inspired to build and create.