Basically these are New Zealand librarians recognising the best books that have been published for children and teens in the last year.

Hot fact: The Esther Glen Medal for Junior Fiction is the oldest book award in New Zealand. It was first awarded in 1945 – that’s 68 years ago!

The Queen and the Nobody Boy: A tale of Fontania by Barbara Else

The Drover’s Quest by Susan Brocker

When Empire Calls by Ken Catran

The ACB with Honora Lee by Kate de Goldi

Lightning Strikes: The Slice by Rose Quilter (We don’t have this in the libraries yet. Check back later)

The Dragon Hunters by James Russell, illustrated by Link Choi

A Great Cake by Tina Matthews

At the Beach: Explore & Discover the New Zealand Seashore by Ned Barraud and Gillian Candler

100 Amazing Tales from Aotearoa by Simon Morton and Riria Hotere, 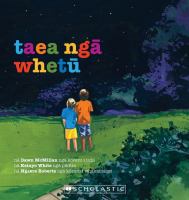 Arohanui by Huia Publishers, illustrated Andrew Burdan (Sorry, we don’t have this one in our libraries yet)

Ko Meru by Kyle Mewburn, translated by Ngaere Roberts, illustrated by Ali Teo and John O’Reilly  (Sorry, we don’t have this one in our libraries yet)